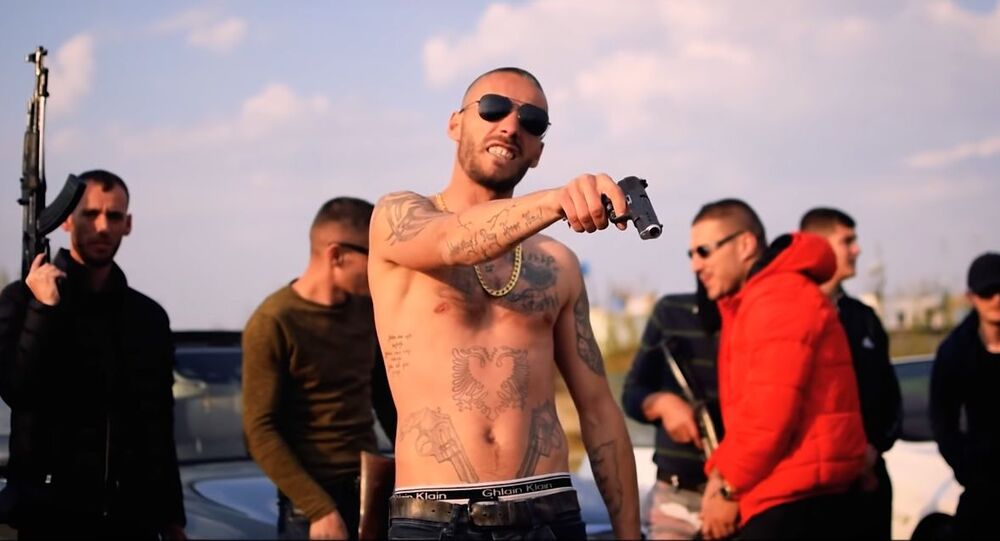 According to the Telegraph, Albanian criminals have been using the 'Albanians in London' account on Facebook to smuggle illegal immigrants into Britain, counter immigration raids and set up fake marriages. The account had 123,000 followers, and all criminal schemes were publicly available, the report says.

Dr David Lowe, a senior research fellow at Leeds Beckett University’s Law School, who runs a consultancy business in terrorism and security, explains why Facebook could have been ignoring this account.

Sputnik: The Telegraph reports that Albanian criminals are using Facebook to give advance notice of immigration raids, smuggle illegal immigrants into Britain, set up fake marriages and scam English language citizenship tests. Why, do you think, Facebook is turning a blind eye to these illegal activities?

David Lowe: Having checked Albanian sites on Facebook there are a number of Facebook sites titled ‘Albanians in London’, in responding to this question knowing that the site that was used to warn of UK immigration raids and other nefarious activities was taken down prior to my search, on the face of it these sites appear innocuous and could explain why Facebook administrators have failed to respond to the site offering illegal activities. That said, this shows how vigilant all social media companies have to be in checking the content of the sites people set up be it Facebook, Twitter, WhatsApp, YouTube and other social media sites.

Sputnik: Why do you think criminals are allowed to post these "advertisements"? Why doesn’t Facebook stop it?

David Lowe: We have seen over the last few years how criminals and terrorists have used the more open, less encrypted social media sites to their advantage be it to recruit individuals, offer criminal services or to spread extremist content. It is not difficult to do, but if the advertisements or sites are obviously linked to criminal or terrorist activity the social media companies will take these sites down. Where the use is more subtle, as many companies like Facebook rely on algorithms to identify content that goes against their policy, this shows how it can be missed. To ensure that content is more effectively policed by the companies something they should do is employ more human eyes to check the content and I have advocated this point for some time.

Sputnik: What kind of reaction do you expect from the authorities, and the immigration authorities in particular, after this report in The Telegraph?

David Lowe: Clearly, more pressure will be put on social media companies by state governments and intergovernmental bodies. We have seen how extremists have exploited social media sites, for example during the shooting in the Christchurch mosques in March this year and during the Five Eyes Summit held in London at the end of July 2019 they have requested that social media companies especially those that have deep encryption to allow in cases of child protection and national security access to certain content be granted by the police and security agencies. (The Five Eyes are the governments of Australia, Canada, New Zealand, the UK and the US who have an agreement not to spy on each other and co-operate in areas of national security and serious criminal activity.) In the UK under the Investigatory Powers Act 2016 communications companies, including social media companies, can be requested to pass over communications data under certain circumstances and under certain legal conditions that apply. However, here we are discussing how criminals (and terrorist groups) exploit social media and it is time these social media companies start to work more effectively to prevent their services being exploited by criminals.

Sputnik: There are twice as many Albanians illegally entering the UK as any other nationality, according to the Home Office, while the National Crime Agency says Albanian gangs have muscled in on the drug trade, particularly cocaine. What's been done so far to counter Albanian criminal gangs?

David Lowe: The proliferation of Albanian criminal gang activity is not just a problem of the UK, but for many European states. The National Crime Agency (NCA) do send officers to Albania to work in co-operation with them. In addition to this, it highlights how important it is for policing agencies to co-operate in matters of serious crime and terrorist activity and that includes the sharing of intelligence where appropriate. Even though the UK is leaving the UK, I am still confident that some arrangements will be made between the UK and the EU in relation to working with the EU’s policing agency Europol. Criminals and terrorists do not recognise state geographical boundaries and what intelligence the UK can share will also be to the benefit of the 27 EU member States policing agencies. In addition to this, the NCA will be working assiduously in their investigations to minimise the criminal activity of Albanian gangs. This will include using covert human resources, traditional surveillance methods on suspects,  monitoring suspects’ electronic communications and intelligence analysis. This may include working with other UK policing agencies and police forces.

Sputnik: Is there any possibility that another criminal organisation is using similar methods to the Albanians, such as creating Facebook pages to coordinate illegal activity? Has anything like this happened before in the UK?

David Lowe: Of course, there is that possibility that other criminal organisations are using such brazen similar methods to co-ordinate illegal activity, but I am not aware of this having happened before. If any good has come out of this is that policing agencies both here in the UK and abroad will now be aware of it and hopefully it will encourage social media companies to work in co-operation with the police.