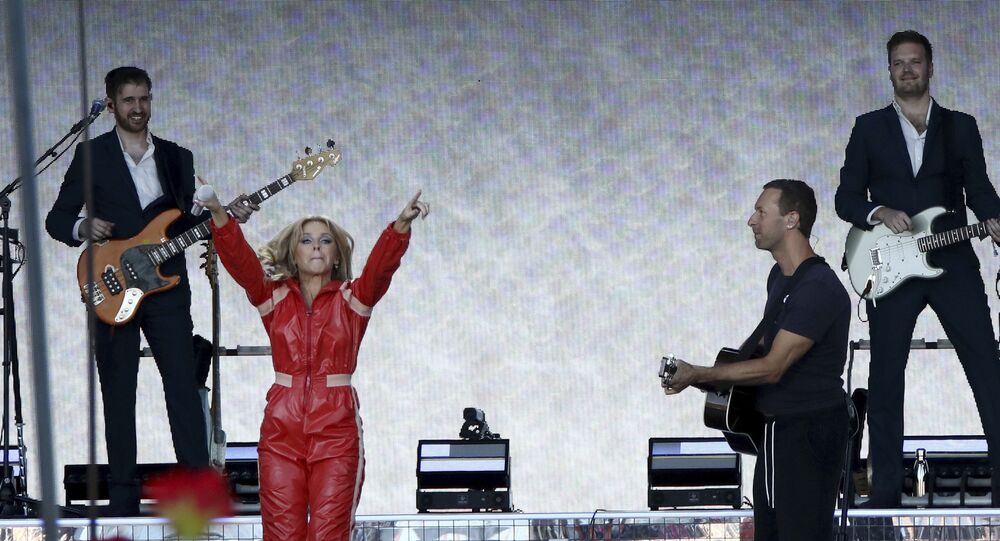 What is ‘Sync’ and How Are Musicians Making Big Money From It In The Digital Era?

A dance track by Macklemore and Ryan Lewis was used as the upbeat entrance music used for Nigel Farage at a Brexit Party rally at the weekend. Sputnik spoke to Chris Cass, Chief Business Officer at Synchtank, about the business of licensing music.

When Nigel Farage came on stage at a Brexit Party rally in Birmingham on Sunday, 30 June, the noise from the crowd of 5,500 supporters was drowned out by Can’t Hold Us, a track by US hip hop duo Macklemore and Ryan Lewis.

A video of the rally, accompanied by the music, was tweeted by Brexit Party MEP Martin Daubney and has already got more than 1.1 million views.

The same track - first released in 2011 - has been used to advertise everything from beer to computer software, as incidental music in films and TV shows, and even as the touchdown song for NFL outfit the Seattle Seahawks.

​The owner of the music rights grants a synchronisation licence to allow the track to be used at a specific event or in a certain branding context.

The "synch" or "sync" industry has grown exponentially over the last few years.

​Chris Cass, the Chief Business Officer, at Synchtank, said: "Sync licensing is a huge business and the fastest growing in an industry that is already soaring back up having nearly wrecked itself over the past two decades. Sync licensing apparently grew about 17 percent year-on-year in 2018. 'Sync' is also a very human and opaque business. There are no set fees for sync licensing. It’s a bit of a dark art with lots of specialists. They even have a guild. But we are seeing the high-volume end becoming increasingly automated, especially with regards to licensing music for YouTube creators."

​Mr Cass said: "The shift towards easy-clear, royalty-free music is seismic. It's starting to creep up to music used in Netflix and Amazon TV shows as well, as these productions require global clearances - and fast. There is often not enough time to contact songwriters for permission to use music on all these different platforms, so those that can offer cheap and fully cleared music are winning. Of course, blockbuster movies have the budget and lead times to pay big bucks for ’the right song’, but there’s an enormous amount of business being generated from digital citizens legally licensing royalty-free music for their viral cat video." 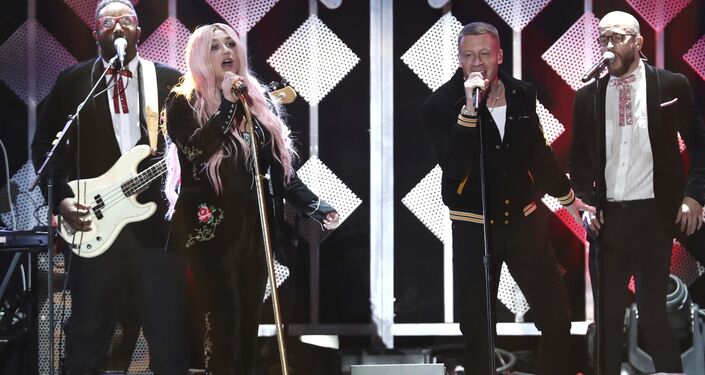 The track used in Birmingham was written by Macklemore - real name Benjamin Haggerty, from Seattle - but was distributed by Warner Music and published by Kobalt Music.

Mr Cass said: "Every time a song is streamed or played on radio, there is also a royalty due not only to the recording artist, but to the songwriter as well. Publishing companies like Kobalt exist to collect all such monies on behalf of the songwriter and take a percentage for doing so. Google Ventures is hugely vested in Kobalt, which positions itself more as a technology company that specialises in music, rather than a music company using tech, and yet there are a significant number of other publishers out there, including the three majors and global independents such as BMG and Peer Music."

​Macklemore has been described as a “socially-conscious rapper” and has criticised the Trump administration and homophobic policies in the US so it may come as a surprise to hear his song being used to serenade Mr Farage, who is a close friend of President Trump.

​Sputnik contacted Kobalt Music and the Brexit Party in an effort to clarify whether permission had been granted to use the song but neither was available to comment.

Mr Cass said: "The political arena is strewn with those having their work associated with causes they don’t want to be linked to. Bruce Springsteen objected to 'Born in the USA’ being used in Ronald Reagan’s election campaign. Noel Gallagher from Oasis refused the Smurfs permission to cover 'Wonderwall’ as they were going to Smurf up the lyrics. With politics often described as 'show business for ugly people' there is quite an overlap between it and the creative industries. People often know each other and permission is often sought, but sometimes 'asking for forgiveness' after the fact is the tactic when it comes to using a song at a political rally. It would probably need to be demonstrated what material harm had been caused to an artist or songwriter for having their song used without express permission, and that is quite difficult to prove yet alone address monetarily."

​Although Macklemore had considerable success with the song before it entered the sync market - it was number one on the Billboard Hot 100 in the US in 2012 and was the Most Streamed Song on Spotify the following year - many musicians have success the other way round.

Mr Cass explained: "Sync usage needs a license from both the publisher and label, and sometimes from the songwriter and/or performer personally, as they or their estate typically have control over what brand their music or performance may be associated with. Permission is often withheld. The advertisement usually increases the amount of streams a performance of a song receives due to the exposure it provides. This is also true for songs used in TV shows, most of which are now consumed on-demand. Viewers discover who it is performing and stream almost instantly. That’s why you see sudden spikes, with songs popping into the charts following inclusion in a popular show. Because nearly all songs ever recorded are now easily available on a streaming service, and can be accessed from your armchair rather than having to walk to the shops, the impact of user discovery can be dramatic."

​But sometimes companies or individuals do not follow the right protocol and end up being sued.

Earlier this year several music publishers filed a lawsuit against Peloton, a fitness start-up, seeking US$150 million in damages.

Peloton’s workout videos are broadcast to exercise bikes and treadmills across the world, usually accompanied by a playlist of songs to guide the workout. But Peloton is accused of using songs without paying the publishers.

​Mr Cass said: "The Peloton example is huge right now. Sometimes music is used in sheer ignorance of the copyright law, sometimes it is wilful arrogance. Even barber shops are meant to pay for a licence if they have a radio on at their work and it’s heard by their customers. With current technology it is actually feasible to detect what is being played where and at any time, and in theory, everyone required by contract to be compensated could be. The reality is not everyone in the industry favours such transparency and this can be for various reasons, so progress is notoriously slow. Some companies have sprung up to offer pre-cleared music to be played in consumer premises and often this is cheaper than commercially released music - the muzak equivalent for the Spotify generation. It’s a growing industry.”

Mr Cass’s company, Synchtank, works with music suppliers and users to “improve efficiencies” - helping advertisers, broadcasters and others clear music for use quicker and with less hassle while ensuring those who created it are properly rewarded.

​He said: “Two of the three major record labels, three of the five major movie studios and some of the biggest brands and networks in the world rely on our software.”

He said: “Publishing was created to print sheet music that could be learnt and played along to on the piano, with everyone gathered around for a good old sing-song. Pretty much the same rights created for that bygone age are still in place now in the 21st century, so that’s bound to cause problems, because the use cases are so completely different in the digital era.”

Mr Cass said: "The real change is that artists themselves can now break big using their own social media skills together with a distributor that meets their needs. That route to market never existed in the past at such scale and with such immediacy. There is an irony here that both the music industry, and politics, have changed beyond recognition in such a short period of time, thanks to technology. It's the artist, like the politician, who has set the pace of change, rather than the tired machines behind them. They are merely trying to catch up.”