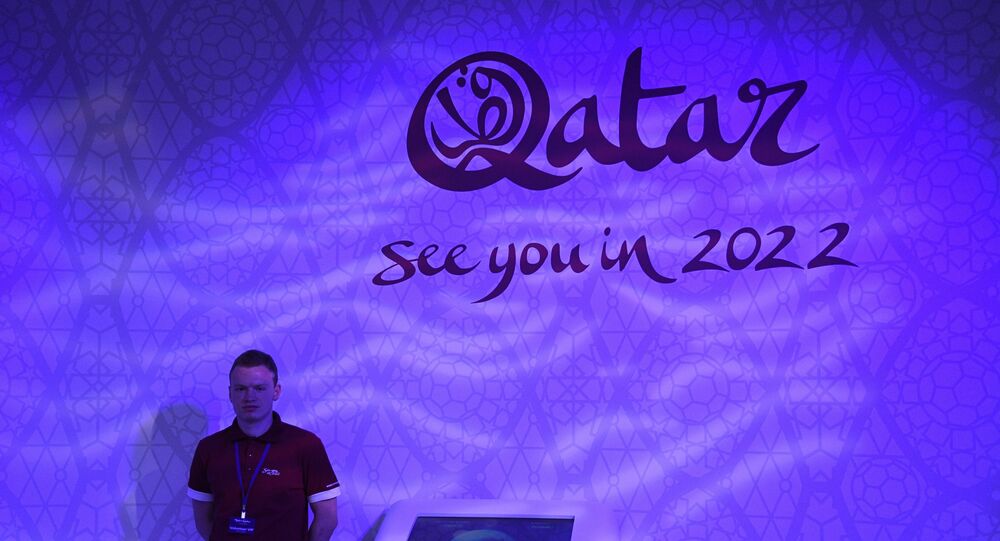 The former president of the Union of European Football Associations (UEFA), Michel Platini, was detained Tuesday in a Paris suburb as part of a corruption probe into Qatar gaining the right to host the 2022 FIFA World Cup. After hours of questioning Platini was released without charges.

Early on Wednesday, Platini's lawyer William Bourdon said that he had been released without charge, adding that there has been "a lot of fuss over nothing", according to AFP. However, local media reported that Platini, 63, looked drawn as he left the police anti-corruption office in Nanterre in the western Paris on Wednesday.

Sports lawyer Dr. Gregory Ioannidis has commented on the issue.

Sputnik: Former UEFA President Michel Platini was taken into custody earlier on Tuesday over his role in awarding the 2022 FIFA World Cup to Qatar. In your view, how justified are these allegations? What’s your personal view on this situation?

Gregory Ioannidis: It is too early to express an opinion as there is a criminal investigation underway and there is no reference to the evidence, if any, that is in the hands of the relevant law enforcement agencies.

Every accused is presumed innocent (until proven otherwise) and the same applies to Mr Platini. Much would depend on the actual role of Mr Platini, if any, in the award of the World Cup to Qatar. This is very much a fact-based exercise.

All UEFA and FIFA officials are obliged not to put themselves in a position where there is a conflict of interest, they must not accept bribes and they must not bring the sport into disrepute.

Similarly, reference must also be made to the French sports law, which is quite explicit in terms of acts of sports corruption.

Sputnik: There were also allegations that Qatar had bribed FIFA executives. Is it so? How can these claims influence the future of the World Cup?

Gregory Ioannidis:  As before, any allegations must be supported by evidence and the probity of the evidence must be tested in a court of law.

If it is proven, then obviously the sport of football will fall into great depths of disrepute, as these officials have been entrusted to safeguard the sport and its different stakeholders.

Sputnik: The awarding of the 2022 FIFA World Cup to Qatar was surrounded by controversy as many doubted that Qatar was the right choice for a host country due to its limited football history. What’s your take on this rhetoric?

Gregory Ioannidis:  I do not agree with such a view. On the contrary, countries that had no exposure previously must be given events like the world cup.

If they are in a position to organise it effectively, they have the resources and the bidding process was transparent and fair, they should not be excluded.

Sputnik: FIFA has also been in the centre of several corruption scandals. What changes should be made inside the organization?

Gregory Ioannidis: FIFA has produced significant steps towards catharsis in the last few years, but I agree more steps need to be taken.

It has always been my view that self-regulation needs to walk in tandem with external regulation and those in charge of governing bodies such as FIFA need to be independent.

You obviously need people with knowledge of the game, but all their actions need to be audited and monitored by outside/external organisations, who would ensure, transparency, equality, fairness and consistency.

Views and opinions expressed in this article are those of Gregory Ioannidis and do not necessarily reflect those of Sputnik.