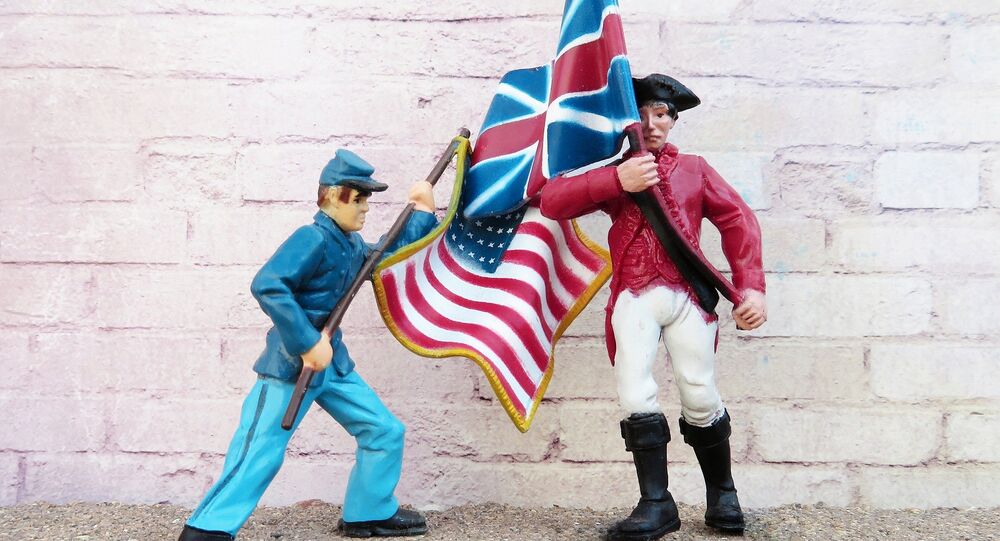 UK 'Can't Pretend That US Doesn't Exist' as Their Systems Interlocked - Prof.

US President Donald Trump is on a three-day state visit to the United Kingdom, beginning Monday. Trump has already met with Queen Elizabeth II, and he is set to hold a bilateral meeting with outgoing UK Prime Minister Theresa May on Tuesday.

SPUTNIK: So, first of all, how do you feel Trump's visit is going to go down with the UK public?

Parmar: Well, it's quite clear that Britain is divided. But there's a very large amount of opposition to the visit.. the fact that it's a state, as opposed to an ordinary working one.

And I think, you know, it's quite clear from statements by many people from across the political parties, the opposition political parties, such as the mayor of London, and then the big demonstrations, which I think have been organised for today, and tomorrow, particularly in London and elsewhere, that there's going to be a great deal of opposition to President Trump and the kind of politics and version of American identity that he stands for.

© REUTERS / Hannah McKay
LIVE UPDATES: Donald Trump Pays State Visit to United Kingdom
And obviously his support base, the donors, the big donors to his various campaigns, including the Koch brothers, for example, they're all into the fossil fuel industry.

So I can't see it making any kind of difference at all, the only thing one could do is kind of basically support those who oppose his stance back home in the United States, and to kind of further undermine his position if you'd like.

SPUTNIK: Trump's already made waves over the weekend with his comments about Boris Johnson to be the next Prime Minister of the UK and some verbal attacks at Sadiq Khan. Do you think this is helpful for US-UK relations?

Parmar: Well, I mean, the issue is that President Trump has a particular sort of political stance. He's on the 'extreme hard right' of American politics and world politics. He sees himself as a sort of a very powerful leader who is putting his own country first and claiming to do that, and I don't think he particularly cares that people who are liberal, or centre left, or even on the right are critical of him.

© Photo : Twitter / Nigel Farage‏
'US-UK Relationship Often Not as Strong as Some People Have Claimed' – Scholar
He quite frankly, sees that kind of opposition, as part of his old strategy, which is that liberalism, if you like, is what has caused the crisis of American power today with globalisation and so on.

And he's the kind of saviour of the United States. So I think he welcomes a kind of rancorous, political environment because he is he's probably better equipped to use the kind of language in rough politics and many of the others.

SPUTNIK: Okay, and while a lot of people here in the UK may not have a great fondness for Trump, do you think there's an argument to be made for pragmatism and that we should respect the special relationship between the UK and the US even if we are not best pleased with the President?

© Sputnik
Buckingham Palace Hosts Dinner to Welcome US President Trump (VIDEO)
Parmar: Well, I think that is the pragmatic position that you may not like the current incumbent. But the fact remains that since you know, the mid 1940s. Even during the second world war itself, there's a very powerful relationship on all levels and all fronts basically, between Britain and the United States.

And after the war, they champion the making of the, of the post war liberal international system. So their economy, their financial systems, their military, their intelligence systems, and so on are all interpenetrated and interlocked, so Britain can't pretend that the United States doesn't exist doesn't really comprehend the EU doesn't exist.