Trump's critique comes in response to Sadiq Khan comparing the president to 20th-century fascists. Khan ripped into Trump ahead of his scheduled visit to the UK, accusing the divisive POTUS of giving comfort to right-wing nationalists.

Donald Trump, who is in the UK on a full state visit, has lashed out at London Mayor Sadiq Khan, who earlier called the president's trip to the country a regrettable event.

"He is a stone cold loser who should focus on crime in London, not me," Trump continued, "Kahn [sic] reminds me very much of our very dumb and incompetent Mayor of NYC, de Blasio, who has also done a terrible job − only half his height. In any event, I look forward to being a great friend to the United Kingdom, and am looking very much forward to my visit."

A spokesman for Sadiq Khan said in response: "This is much more serious than childish insults which should be beneath the President of the United States."

"Sadiq [Khan] is representing the progressive values of London and our country, warning that Donald Trump is the most egregious example of a growing far-right threat around the globe, which is putting at risk the basic values that have defined our liberal democracies for more than 70 years."

Donald Trump arrived in the UK earlier in the day for a three-day visit. Anti-Trump activists have promised to organise protests across the country throughout his visit, with tens of thousands of demonstrators expected to gather in London alone.

Sadiq Khan, the UK-born son of Pakistani immigrants, has given the go-ahead for the gigantic "Baby Trump" balloon to fly again, following last year's viral debut. 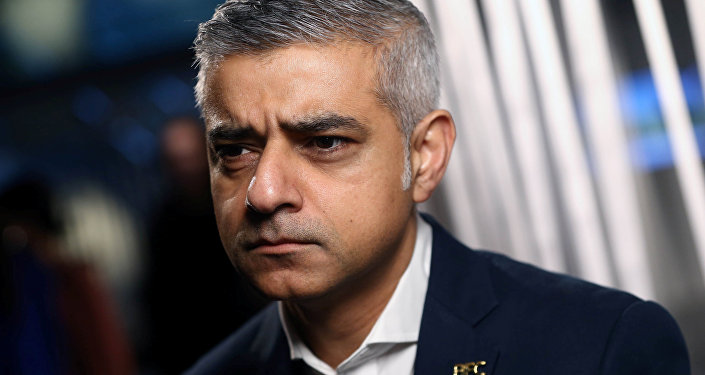 The two politicians have been trading damning remarks for quite a while. Donald Trump has accused Khan of doing a "bad job" on tackling terrorism in the capital, while the mayor has challenged Trump on climate issues and blamed him for being part of the right-wing resurgence.

Most recently, Khan said: "President Donald Trump is just one of the most egregious examples of a growing global threat. The far right is on the rise around the world, threatening our hard-won rights and freedoms and the values that have defined our liberal, democratic societies for more than 70 years."

Khan went on to express regret over the "red-carpet treatment" of Donald Trump by UK officials and called on outgoing Prime Minister Theresa May to issue a "powerful rejection" of the US president and his agenda.