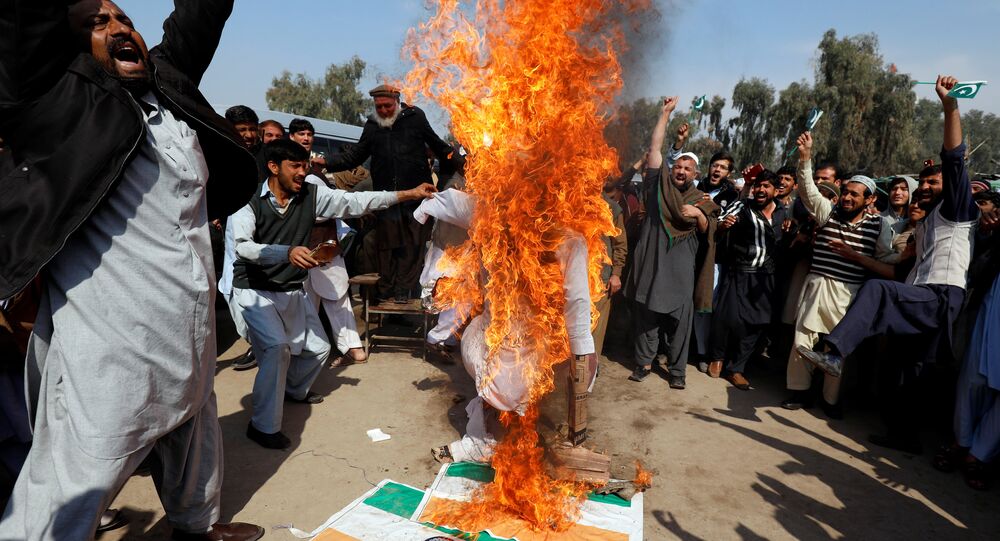 "SCO leaders have always been sceptical about India and Pakistan problems coming to the forum. India has also held this view because Pakistan always talks about Kashmir", says Dr Arvind Gupta.

Dr Gupta, who is currently the head of a New Delhi-based security think-tank, says India "never wanted to internationalise the Kashmir issue".

The expert claims that while "some individual members of the SCO, Russia, for instance, have from time-to-time suggested whether they could be a part or mediate between India and Pakistan", the general sentiment remains that the two sides would need to first come to a proper agreement bilaterally.

© Sputnik / Bolat Shaikhinov
India-Pakistan Bilateral Talks Unlikely at SCO Foreign Minister Meet – Source
The meeting, currently underway in the Kyrgyz capital, has been focused on steadily expanding mutually beneficial cooperation in various spheres, including political and security development. According to Dr Gupta, while bilateral issues are not to be discussed during the session, they are also unlikely to be tackled on the side-lines of the summit.

"First of all, let us be clear, I don't think bilateral problems will be discussed. This is not allowed in the SCO context. The charter doesn't allow it. But I think it is very unlikely that a discussion between India and Pakistan will take place, especially when the relationship is in such a state after Pulwama and Balakot", he says.

In the meantime, anti-terrorism issues have been high on New Delhi's agenda, especially considering the Afghanistan situation, which has been and remains "in a delicate stage", he says.

"India has in the recent past shared its perspectives on the situation in Afghanistan, including security challenges posed by terrorism imposed from beyond its borders; the need to strengthen the Afghan National Defence and Security Forces; the need for an Afghan-led, Afghan-owned and Afghan-controlled national peace and reconciliation…. India has conveyed its readiness to work closely with the SCO member states to bring peace, prosperity and stability in Afghanistan", Dr Gupta adds.

The former deputy national security adviser also stresses that the Iranian issue is bound to surface in some manner. According to him, "the concern remains about US unilateralism in imposing sanctions on countries, including India and China (who are SCO members) if they don't stop importing oil from Tehran".

According to the Vivekananda International Foundation chief, Dr Gupta, India would like "to bring something new to the table", including its "developmental expertise, for instance, in education, in rural development and social indicators. The digital economy is another area where it could share information. India can offer scholarships and capacity building. Connectivity, etc. is very difficult, because we have no access".

The views and opinions expressed in this article are those of the speaker and do not necessarily reflect official position of Sputnik.

Chinese FM Calls on SCO Countries to Avoid 'Fencing Themselves Off'