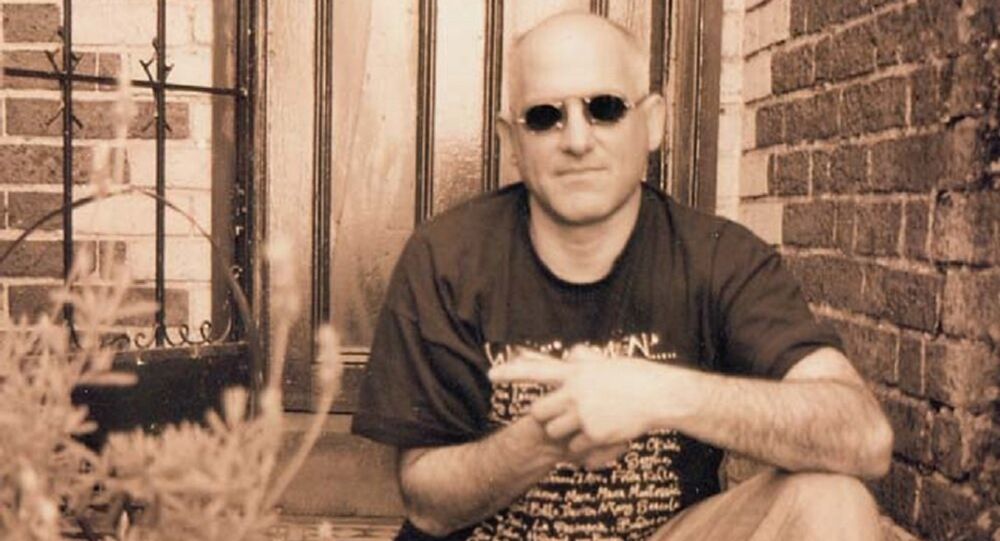 Singer-songwriter Joe Dolce captured the hearts and minds of fans all around the world in the 1980’s, rising to fame with his cult classic song “Shaddap you face”, topping numerous charts in the process.

Despite since turning his hand to poetry; he retains as keen an interest in music as ever, and Sputnik got the chance to interview him and get his thoughts on the industry, pop music, as well as political correctness.

Sputnik: What would you say are the key ingredients to writing a hit pop song, and what is your opinion about modern pop music?

Joe Dolce: I don't think anyone knows that. I think in the past there were a couple of pop song writers who were like machines and cranked them out, and in the modern days you had recently Michael Jackson and pretty much everything Michael Jackson, Madonna, Lady Gaga and those people put out, is like co-written by almost a management group, there's no individuals anymore.

READ MORE: DJ Avicii's Music Album to Be Released Year After His Suicide

It's a marketing science that's gone a long way from when I started. When I got interested in music it was the late sixties and the British invasion of pop groups, singer-songwriters were coming in like Bob Dylan and Leonard Cohen, and everyone was doing it, the writers were doing it themselves, with the production being their motivation; now it's the reverse, the writing is being done, and the production is being done by everyone.

So the ingredients; well it's pretty simple.  We were at a celebration in Bali, a big dance party for two nights solid and I got a chance to watch what a lot of twenty to thirty-year-olds love to listen to, and it's pretty much dance music, Michael Jackson is still relevant and people like that who basically create music for a tribal reaction from an audience you know.

© Sputnik
The Power of Music for Children
In a way; my song Shaddap your face was an example because it allowed a tribal interaction and singalong, which hadn't been too popular up to then,  songs were all introspective kind of Human League, the big hair fashion, so  it's where this primal thing comes from where everyone can get in and do something, dance together.

If you can do that, if you can write something that gets the crowd involved in some way that's a pretty good ingredient. Then you've got to couple it of course with an unforgettable melody, and an emotional component; that's the key to all great music, something to move people, it's not just an intellectual thing, it has to be in the heart.

Today you have to write dance music but hopefully one day we'll get back to the singer-songwriter concept, where you're songs don't necessarily have to make people get out on the dancefloor, they can actually try and make them learn to play music, because I got inspired to learn music from listening to the Beatles and all those great bands that came over from the UK.

I don't get inspired to learn music now from what's going on in pop music; before what I call the great literary music which came in the late sixties, which was when folk music was actually top of the charts, music was pretty much like it is now, it was party music, you had the Beach Boys, and others it was all "let's go out and have a party", and really that's where it is now.

It's like that again, and that creates a barrier between the people who are really on the fringes of popularity, and that's where we were. Our generation was on the fringes, we weren't the footy players, we weren't the homecoming queens, we were the people who were a bit like the wallflowers and as we got older, we came into our flowering, and that's when said great music revolution happened.

Sputnik: What was your inspiration to try your hand in poetry?

© AP Photo / Charles Rex Arbogast
Classical Music Spurs 'Classy' Shopping Sprees, Researcher Warns
Joe Dolce: My introduction to pop music was through people like the Beatles and the Dylans. John Lennon was a very intelligent guy, he like to read, he wrote things, he was ahead of his time, and he wasn't that good at it, but he was good enough to get people to think that they could do it, and then you get Dylan and the serious writers coming along, and then it brings it into another league, so I'm still influenced by that.

What happened with; Shaddap you face to me was an anomaly, it was part of a cabaret show, it didn't really have much to do with inspiration I grew up with, I was playing guitar in bands playing Hendrix covers, and I still can play them all by heart, and I had all that down when I was in my twenties, but it took me until the eighties to make it, and by the time I made it I was doing a fusion of cabaret and music and that was what Shaddap you face came out of.

It was almost an accident and I'm known as an eighties artist, but in my mind, I am still a seventies artist, and I think Lennon was like that too. He always thought of himself as a fifties artist, as an artist like Chuck Berry or Elvis, the Beatles to him was like a compromise, and that's why as soon as he got out he tried to create one of those albums, but it didn't work.

We can never go back, so we have to accept where we are and I accept that Shaddap you face gave me an opportunity, and I'm very proud of it, a lot of people love it, but then what happened is you gravitate back towards your core, and I'm going where is the music from the great sixties and seventies? Where are the great songwriters?

It doesn't exist, so I thought in order for me to do it myself; I've got to learn how to write better, not just talk about it, so I decided that I'm going to focus on poetry for a few years, create a body of work and apply it to music and see if I can create something, some more of these songs that are maybe as good.

That's been my goal, and that's why I ended up in poetry; I just got good at it and made a living out of it, but ultimately it's always been in the service of a better song.

Sputnik: Do you think that social media censorship and political correctness have got out of hand in recent years?

Joe Dolce: It can get out of hand, because what happens is when you've got a politically correct movement, which means that you are not allowed to say things, and it's enforced by law, it directly comes up against the concept of what free speech is, those two things aren't compatible.

Anybody who believes in politically correct speech does not believe in free speech, and vice-versa, but that's a really clear way to understand it. Free speech is basically enshrined in the American constitution, so they are going to have a problem, because America has a big movement at the universities, of politically correct different movements all over the place, and sooner or later something's going to hit the fan.

I believe in fair speech, and fair speech is when you don't intentionally try and hurt people, if you want to say something you do it in the right form, or in a proper kind of protest so that you can make your point, and people should be strong enough to be able to listen to you without throwing rocks at you, so that's where I'm at with that.

"This is America"? Race, Music and Politics Collide

Do You Still Listen to R Kelly's Music?