Prime Minister Modi’s party, the BJP, is part of the governing alliance in the eastern Indian State of Bihar, a state that sends a large chunk of elected representatives to the Indian Parliament. A segment of the population complains that the alcohol ban has severely affected their jobs and services that are ancillary to booze consumption.

New Delhi (Sputnik): Bihar, an eastern Indian state with a population of 104 million and one that sends 40 lawmakers to the country's 543-member Lower House of Parliament has been posing a unique electoral challenge, that of a lack of jobs due to complete prohibition in the state that may put paid to Narendra Modi's election campaign to win a majority of the seats in the forthcoming parliamentary elections.

Prime Minister Narendra Modi and his party have been fighting tooth and nail for the PM's re-election bid in the coming national elections, scheduled to begin from 11 April. Bihar is the country's most underperforming state among the 36 states/UTs in India in terms of education, industries and per capita income.

"There is resentment among several groups which may not visibly challenge the re-election prospects of Bharatiya Janata Party, but there is a very strong likelihood that accumulation of anger among these small groups may become sort of a tsunami against Narendra Modi and we will witness a similar kind of result as was seen in 2009 general election", Nilanjan Mukhopadhyay, a political analyst who wrote Modi's biography in 2013, told Sputnik. 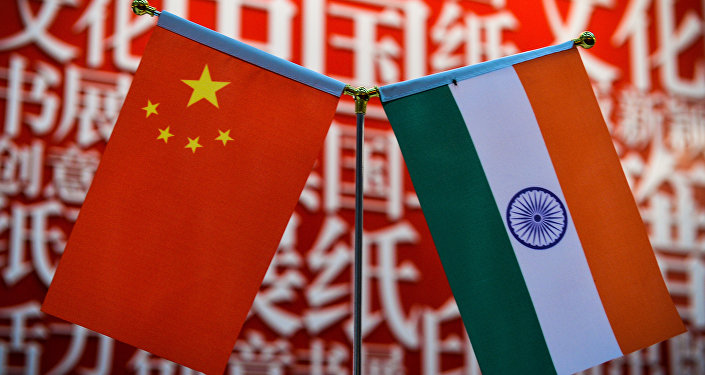 © AFP 2019 / Chandan Khanna
Chinese Language Features in Indian Parliamentary Election Campaign
A Sputnik correspondent interacted with several people from Bihar who represent groups that lost their livelihood after a complete ban on alcohol was imposed in the state. In 2016, the Bihar government passed a strict law that punished people with hefty fines and jail terms, including seizure of property (land, house), or vehicles where liquor was found to be stored or was held in transit.

Sputnik's correspondent interacted with Ravi Yadav, the owner of a highway eating joint called Yadav Dhaba, near Purnia along the Bhagalpur-Purnia national highway. Ravi had hoped that he would earn a respectable sum of money as around 25,000 trucks plied on the highway per day apart from thousands of other small and large passenger vehicles.

"Purnia is very close to West Bengal where you can consume alcohol without any fear of police. We lost over $250 million (INR 1,800 crore) due to this prohibition. We have lost our income and likewise several others too, who had been selling products [to] liquor drinkers", Ravi Yadav told Sputnik.

© CC BY-SA 2.0 / Ashwin Kumar / Indian Flag
Promise of Minimum Income for Poor Boosts the Opposition’s Chances – Analyst
A few kilometres away, in Supaul, similar undercurrent simmering was seen in people who furiously stated that they will vote against the Bihar government led by Nitish Kumar, who is the Bharatiya Janata Party's close ally.

"We are not literate. Socially powerful people have been selling liquor in connivance with police. Now, liquor is available everywhere with extra payment. Thousands of us have lost our livelihoods but a dream to convert Bihar [into an] alcohol free-state is far from the truth", one Ram Pravesh told Sputnik.

Incidentally, joblessness due to the ban on alcohol is not from any particular caste and a substantial number of people involved in providing ancillary services are impacted.

"The government should not be a preacher. Banning of alcohol in the state completely breaks the chain that was generating a huge amount of employment in the state", Mukhopadhyay added.

Initially, it seemed that women in society were very happy with the decision of total prohibition. The government claimed that its action had led women with drinking husbands to save money. But now women are saying that the cost of expenditure on liquor has increased as their male family members have been buying costlier liquor from the black market.