An ongoing contraction in manufacturing across the Eurozone is stirring concerns regarding a possible recession in the single-currency area, as economists believe the service sector might be not enough to support faltering GDP growth.

The reports also found that Spain now appears to be the quickest-growing national economy within the Eurozone for the first time in history, outpacing the bloc's economic powerhouse: Germany. 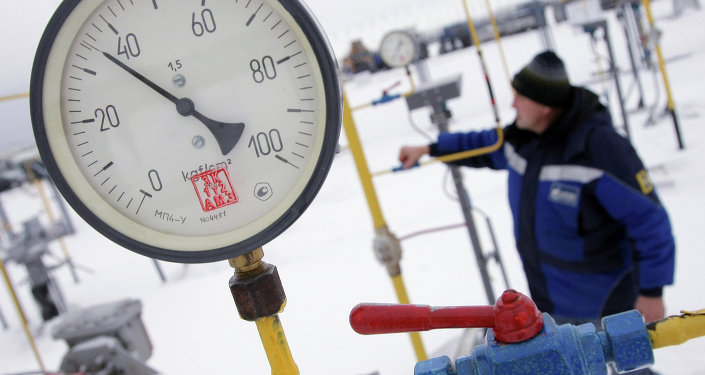 © Sputnik / Egor Aleyev
Common Energy Markets May Add $9Bln to Eurasian Economic Union's GDP - Putin
According to IHS Markit, German and French manufacturing PMIs sank to 44.7 and 49.8, respectively, this month. Meanwhile, the manufacturing PMI for the entire Eurozone dropped to 47.6 compared to 49.3 in February.

Readings below 50 indicate a contraction, while those above 50 points to a likely expansion in business activity in the reviewed sector of the economy.

"The bloc's economic problems are far from over," Bert Colijn of the Dutch bank ING Group said. "To fire on all cylinders again, the Eurozone seems to require the global growth outlook to improve. Unfortunately, uncertainty is continuing into April, with many of the global growth concerns still undecided."

In the wake of these reports, Spain — once a peripheral inflation-driven economy — appears to be outperforming other Eurozone member states in terms of GDP expansion. According to Spanish government data, the nation's economy grew 2.5 percent last year and even gained momentum in the second half of 2018 — although overseas risks became more prominent during that particular period.

"Lost amid the Italian political noise, and the overall story of a sharp slowdown, is the fact that Spain remained the workhorse of Eurozone GDP in the last year," Angel Talavera of Oxford Economics said.

© REUTERS / Jason Lee
OECD Downgrades Eurozone 2019 GDP Growth Forecast From 1.9% to 1.8%
This suggests the Eurozone economy is facing serious challenges to its health and sustainability. Even though the European Central Bank (ECB) pledged to continue its stimulus programme throughout this year, economists say monetary stimulus might be not enough to offset the risks facing the German manufacturing sector.

Additionally, experts at IHS Markit said the ongoing 'yellow vest' protests in France have highlighted the problems of stagnant wages, high youth unemployment, and rising costs of living in the bloc's second-largest economy. Experts say France is not the only country facing such issues.

"At the end of the first quarter (of 2019), the French private sector was unable to continue the recovery seen in February, as both the manufacturing and service sectors registered contractions in business activity," IHS Markit's Eliot Kerr said.

In this light, EU policymakers are set to reconsider their approach to economic stimulus, regulations, and job creation. Officials in Brussels have yet to come up with a plan to counter the challenges posed by weaker international trade, a possible 'no-deal Brexit', and structural woes in the Eurozone's financial sector, experts say.

Meanwhile, Spain could be an example for the rest of the common currency area to follow. Over the past few years, Spain's employment was rising by an average of 3 percent per year, while the nation's economy became increasingly reliant on domestic consumption rather than on foreign trade.

© AP Photo / Michael Kappeler/dpa
EU Braces for Economic Turmoil as German GDP Contracts in Q3
This is part of the reason Spain was supposedly the least affected by global trade tensions among all Eurozone economies last year.

Gains in employment have produced a 2.2-percent rise in Spain's consumer demand, resulting from the steady increase in disposable incomes in the country. In the Eurozone as a whole, consumer spending only added 1 percent last year.

"This is a lot of extra disposable income for the (Spanish) economy every year," Oxford Economics' Talavera said.

Meanwhile, the majority of business CEOs across the Eurozone have expressed a more pessimistic outlook on the bloc's economy this year. They believe the latest PMI readings are, in fact, recessionary, as the ongoing modest expansion in services won't be enough to offset the dramatic plunge in Europe's industrial output.

Meanwhile, the Spanish economy is expected to grow 2.2 percent in 2019, significantly higher than in Germany, France, Italy, or the entire Eurozone. Economists say the ECB and the European Commission should implement additional expansionary measures and support business investment — policies mirroring those undertaken by the Spanish cabinet over the past two years.

Otherwise, reports suggest, the Eurozone could slip into a new recession as soon as the second half of this year.