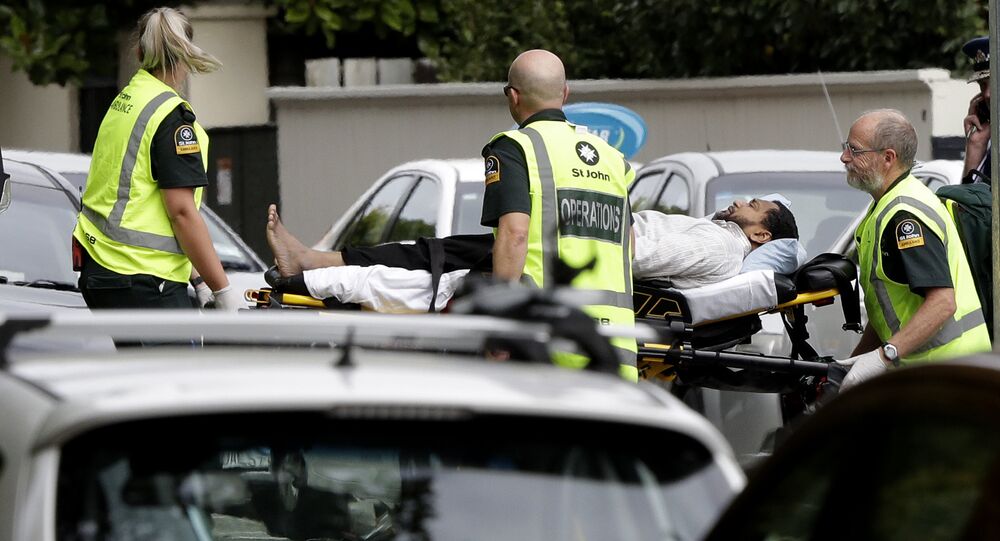 Reflecting on the recent mass shootings that took place at two mosques in New Zealand, Daryle Lamont Jenkins, executive director of the anti-fascist organization One People's Project, told Sputnik that the US right wing "needs to be held accountable" for the attack.

"The right wing in this country needs to be held accountable for it… because the truth of the matter is that if this was somebody Muslim that engaged in this kind of tragedy, we would've had all kinds of finger pointing, and things written by some of the worst people on the planet that we were supposed to take into consideration," Jenkins told Radio Sputnik's Loud & Clear on Friday.

"And today, nothing. Not a word. And I'm getting sick and tired of that particular scenario playing itself out over and over again, where they keep silent when one of their people do something, but when… whenever they're able to gain a sort of political capital for themselves, all of a sudden they're chatty."

​The gunman, identified as 28-year-old Australian Brenton Tarrant, killed at least 49 individuals, seriously injuring dozens of others, in carrying out an attack on Muslim worshippers in the New Zealand city of Christchurch.

Following the attack, authorities revealed that the shooter was armed with five guns, two of which were semi-automatic rifles and two of which were shotguns. Tarrant, who livestreamed the assault, also published a 74-page manifesto in which he referred to himself as an "ordinary white man" inspired to avenge the "thousands of deaths caused by foreign invaders," the Telegraph reported.

Tarrant states in his writings that he took inspiration from many others, but most notably from Anders Breivik, a Norwegian far-right terrorist who killed eight people in an Oslo car bombing in July 2011 in addition to shooting dead 69 other individuals at a summer camp for youth members of Norway's Labor Party.

Although police have yet to confirm that Tarrant is one of the three individuals arrested in relation to the attack, they have indicated that one man has been charged.

Recalling posters that attempted to implicate Rep. Ilhan Omar (D-MN) to the September 11 terrorist attacks, Jenkins told hosts Brian Becker and John Kiriakou that such messaging "lends itself to what we saw last night [in New Zealand]."

"People feel that it's just okay to just routinely attack and demonize Muslims simply because of 9/11 or just their own personal hatred, and it manifests into what we saw last night," he said.

Mass Shooting at Two Mosques in New Zealand: How It Happened