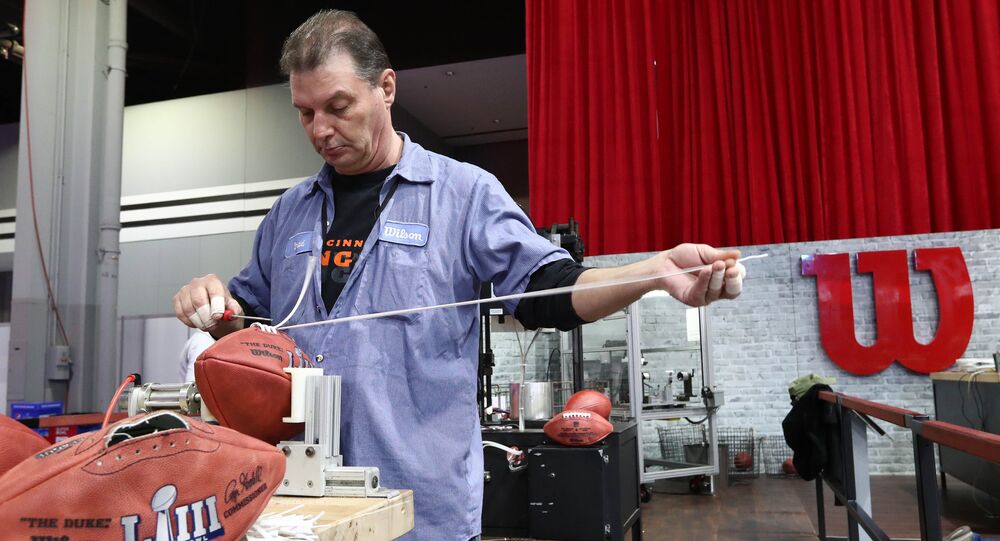 People in the US are 'Tools of Corporatists... Used as Cheap Labour' - Author

Paul Williams is an American author and public speaker. He recently released a book entitled “Rogue Nation” detailing the social injustice, corporatism, and human rights issues that are prevalent in America with little thought for the average US citizen. Speaking to Sputnik he highlighted the difficulty of trying to renounce US citizenship.

Sputnik: How do you think Americans are treated generally and why did you decide to write your book? And when did you leave the United States?

Paul Williams: I left in 2002 shortly after the bombs started hitting Afghanistan. I was like, "I'm not going to pay for another of those crazy adventures into the grave of empires". And growing up kind of being skeptical about how Americans were treated because it's a long story but the army threatened to kill my father by sending him to Vietnam and promising he would be dead within three weeks by sending him on a one-way long-range reconnaissance mission all by himself because he was about to expose some corruption going on there in Germany.

© REUTERS / Ueslei Marcelino
US Wages 'International Struggle' for Hegemony Over Latin America - Ex-Labour MP
So since then, obviously having lived in the United States so much of my life and now living in Europe I got to see a lot of differences between the two and so some things just freaked me out that I learned more and more about as I did more research; like the United States is the only country in the world which has refused to sign the convention on children's rights [Convention on the Rights of the Child], and that's crazy because until like a year ago Somalia was the only other country that didn't do that but now even Somalia has gotten their act together on that and for some reason the United States does not think that human rights for children are important.

One reason why I started writing the book, the trigger event was I was sitting at home one night watching the news and I saw Syrians desperate to leave their country say, "Oh, we want to escape to the United States because they have the world's best human rights", and I was like, "Oh my God people, if you knew". So that's just kind of how that whole thing got going and I started writing the book the next day.

© CC0
US Retail Sales Slow Down Amid Tepid Wage Growth, Tighter Credit
Sputnik: In your book "Rogue Nation. How I escaped the United States for a better life and conscience", Paul, you're talking about corporatism and the cannibalisation of America's youth, now obviously those are stand out statements, just give us a bit more meat on the bone, what do you actually mean by those?

Paul Williams: Corporatism in the United States, it's all-pervasive and it runs the country now. We are tools of corporatists and they're using us as cheap labour that we really can't escape. Imagine this, the United States has the world's highest fee by far to dump your citizenship, it's $2,350. Truly free countries like Sweden it costs zero dollars, in Germany, it cost $30.

People don't have to escape those countries to live a decent life. That's where the American dream is at now, right. How's a burger flipper at McDonald's going to take his family of five and escape the United States with fees of $2,350. 60% of Americans don't even have $500 in their savings accounts. How are they going to afford to escape? There's now a financial Berlin Wall around most of America that keeps them trapped and slaves of the corporatists.

Sputnik: We know how much in debt the country is, it's in the multi-hundreds of trillions of dollars that the country is in debt, probably this is a way of reducing the debt charging $2,350 to dump the passport…

Paul Williams: They did raise the fees shortly after. I got out when it was still like $350 or $400 and a month later they raised the fees and the reason? They literally said that too many people are dropping their citizenships, and that's why they raised the fee. I was like, "What the heck!" Because too many people are trying to escape, but still only like 4,000 people a year. There was an analyst talking about this and they say it is usually for tax purposes, but mine was for political purposes.

Sputnik: I seem to recall Boris Johnson, he's a dual citizen, and he was so sick of the pressure that the tax authorities were putting on him to declare his tax every year that he was caught saying, "I'm going to dump this passport, I've had enough of all this chasing of money and taxes". And that one of the things they're very strong and robust about, the American authorities…

Paul Williams: Speaking about taxes, the United States is one of two countries on planet Earth that has a tattoo on its citizens' butts that says property of that country; that requires you to pay taxes wherever you live on planet Earth, wherever you live you have to file your taxes. The other country that does that is the human rights hellhole of Eritrea, which is like ranked dead last on the Reporters Without Borders freedom of the press index. The United States has that in common with the least free country on planet Earth.

Sputnik: Well it's interesting we're debating this now and this leads me to my next question. In the United States when some people complain about the lack of rights often they're told to leave the country, 4,000 people disowning their passport last year, why do you think that is? What's your thoughts on that?

© AFP 2020 / Joshua LOTT
‘Stress in America’: Research Says Trump is Bad for US Mental Health - Report
After all, I'm thrilled to death that we defeated Nazi Germany, possibly one of the most evil organisations ever to walk the face of the Earth, but it's gone downhill ever since. I think the 70's was the last time the United States was a good place to live. In the 1950's the bottom 50% of Americans made about 50% more than the bottom 50% of French on average, and now, most Americans don't know this, but now the average French person in the lower 50% makes 20% more than the average American in the lower 50%.