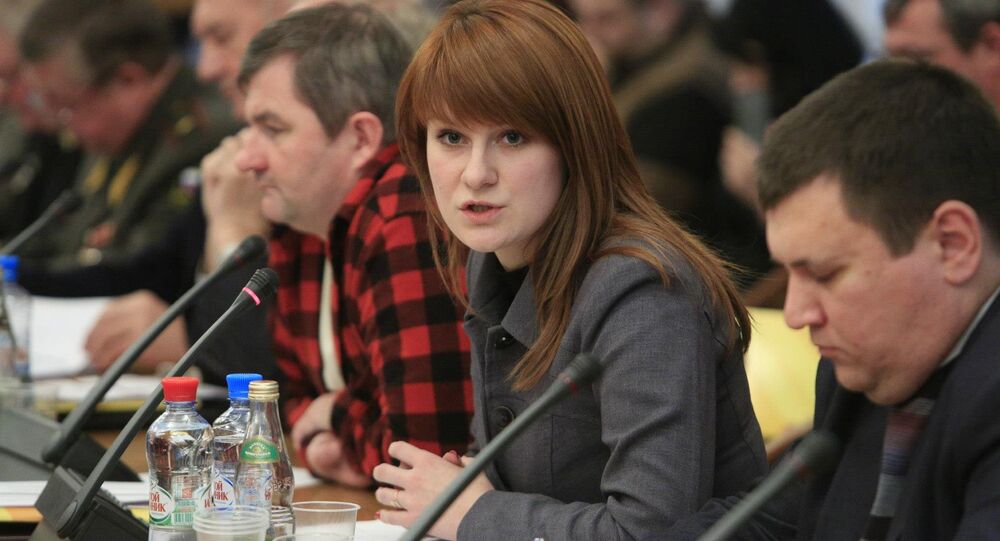 Russian national Maria Butina pleaded guilty to conspiring to act as an unregistered foreign agent at a federal court in Washington, DC, on Thursday. But she only did so after authorities “broke her,” argues human rights attorney Dan Kovalik.

Butina moved to the US in 2016 on a student visa and graduated from American University with a masters degree in international relations in May. Prosecutors even wrote that "all available evidence indicates that Butina had interest in a graduate school education."

Butina interacted with a number of officials and powerful actors in the Republican Party and members of the National Rifle Association while attending school in the US capital.

"This is called human interaction. To claim that she is a spy is ridiculous," Kovalik told Loud & Clear hosts John Kiriakou and Brian Becker.

"She is this young woman who was dealing with a very specific issue, and that is gun rights. And she posed no threat to the United States, no threat to the secrets of the United States," Kovalik said. "It seems to me, in this case, if they wanted her to register they could have just said, 'Ms. Butina, we think you should register,' and that would be the end of it. It wasn't about her."

Butina was arrested in July. The Department of Justice announced the arrest while US President Donald Trump was in Helsinki, Finland, for a bilateral, closed-door meeting with his Russian counterpart Vladimir Putin.

Since then, she has spent much of her time in jail in solitary confinement. Butina was also subjected to cavity searches after every visit from her lawyer, Kovalik said.

"They broke her. They abused her. They sexually assaulted her in jail, and now she's pleading guilty. People should be very shocked by this," Kovalik said. "Women's rights groups should be shocked by this, because initially they claimed without any basis that she was selling sex for access, and that turned out to be a lie, and they withdrew that charge. How she's been treated is absolutely despicable."

Butina's guilty plea on Sunday followed an interview of her father from the end of November, in which he said that money was running out for her defense. Earlier in December, Butina was assigned a public defender, although her original attorney, Robert Driscoll, was still cited as one of Butina's lawyers in the plea agreement.

US Plea Hearing in Butina Case Postponed for December 13

US Court Sets Plea Hearing in Butina's Case for December 12