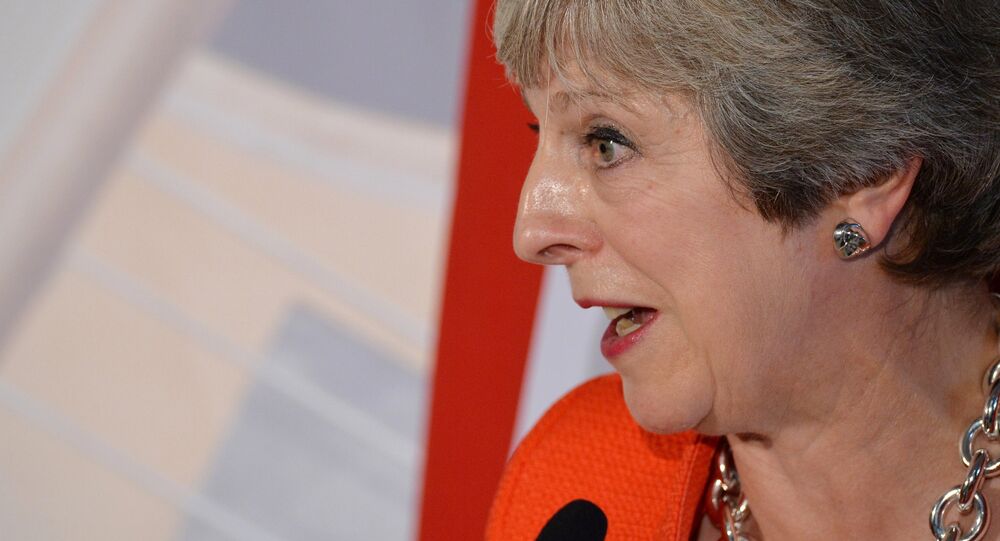 British Prime Minister Theresa May called off Tuesday's parliamentary vote on her Brexit deal after a conference call with cabinet ministers, an indication that she believes she would have faced a crushing defeat.

Alexander Mercouris, the editor-in-chief of The Duran, joined Radio Sputnik's Loud & Clear Tuesday to discuss how the Brexit crisis is coming to a head.

"It's been like watching a slow train crash that you could see coming for weeks and months. The problem is that Theresa May as prime minister has never really decided what kind of Brexit she wants," Mercouris told hosts John Kiriakou and Brian Becker.

"She ran the Brexit negotiations with extreme secrecy, trying to focus on the one issue that seems to matter the most for her. She doesn't want immigrants. She doesn't like immigration integration. So, she came up with a deal that she hadn't really worked out with her colleagues. They didn't like it. It was absolutely clear parliament didn't like it. But then she did something on Tuesday, which was absolutely extraordinary, which is that as the vote was about to happen, because she was going to lose and lose badly, she decided to call the vote off," Mercouris noted.

Earlier this year, May defended a draft Brexit deal in the UK parliament's House of Commons. The agreement faced criticism both from the opposition and the ruling party, with several members of May's cabinet resigning over disagreements with the deal. The United Kingdom voted to leave the European Union in a referendum in June 2016 and is expected to do so by March 2019. The House of Commons vote, which will determine whether the terms for the UK's exit from the EU negotiated by May are approved or rejected, was originally scheduled to take place on December 11.

"She didn't call the vote off because something new had happened; she called it off because she was about to lose, and if she had lost a vote on that scale, she would have had to resign. She called the vote off to save her position as prime minister. By doing that, she has in fact discredited herself, antagonized everybody on all sides of the political system and has created a system where no one knows, any longer, what's going to happen," Mercouris added.

May is expected to face a leadership battle over the House of Commons' vote on the Brexit deal, as 48 no-confidence letters against her from members of her ruling Conservative Party could prompt her defeat, Sputnik previously reported.

"And this talk about renegotiating the deal that she negotiated: the Europeans are not going to negotiate with her, because she has no credibility left and no authority. So we have chaos. We have a vacuum of authority. It is not just chaos in the political system; it is starting to hurt the economy as well."

Former UK Foreign Secretary Boris Johnson has outlined plans to renegotiate the Brexit deal with Brussels, while other former ministers have signaled their desire to challenge May's leadership.

"There are talks within the Conservative Party of replacing her with someone else. But let's assume that she clings on, that there is another vote, that she loses that vote. At that point, she resigns. [There is] huge uncertainty about who takes over. My guess is we could have some kind of caretaker prime minister put in. He or she would ask the European Union to agree to an extension [of] the timetable to perhaps three months. Then, there would be, I think, a general election, because whoever became prime minister would simply not have the authority to take it forward. It is very difficult to predict the situation, because there is no precedent," Mercouris added.

LIVE UPDATES: Situation Over Brexit as May Goes to Brussels for Further Talks