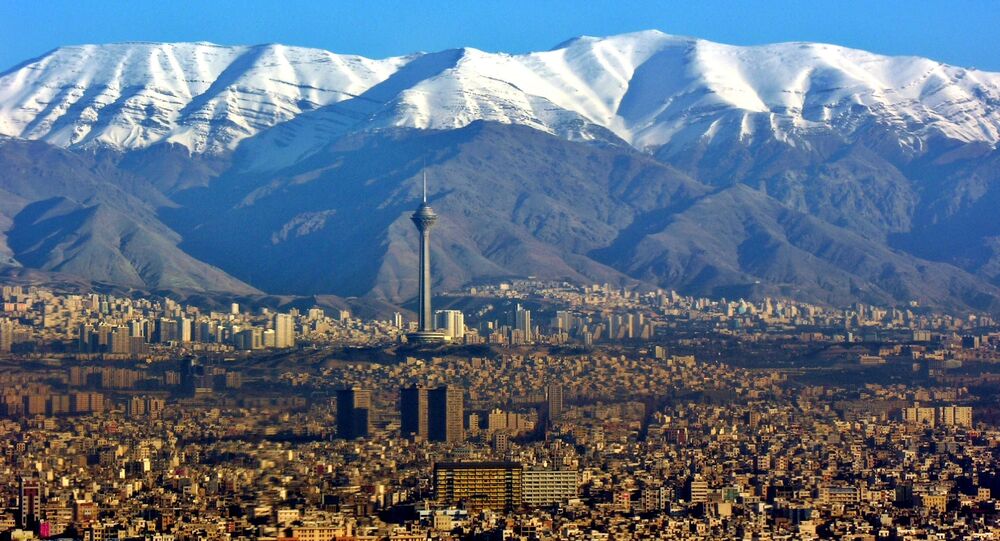 Iranian 'Propaganda' Whistleblowers Do Not Have Their Facts Straight - Journos

According to Israeli cybersecurity experts, Iran has been spreading fake news and propaganda on the Internet for several years through at least 70 websites against 15 countries, including Israel, the United States, the United Kingdom, the Middle East nations and even Russia, Reuters reports.

Cybersecurity firms FireEye and ClearSky say that Iran’s propaganda websites have existed since 2012. They look like normal news outlets and only a few openly admit their connection with the Islamic Republic.

© Flickr / fliegender
Info Warfare Should Be Controlled Like Nuclear Weapons – Veteran Journo on Recent Anonymous Leak
The Egyptian website NileNetOnline.com appears as one of the distributors of the alleged fake news. Reuters cites its website as offering “true news to expand the scope of freedom of expression in the Arab world”. The news outlet ridiculed the American president after his anti-Iranian speech at the UN, calling him “a low-level theater actor who turned America into a laughing stock”. Reuters claims the site operates as part of the Iranian propaganda machine, and has over 115,000 followers on Facebook, Twitter and Instagram.

Reuters also claimed that allegedly Iranian fake news sites were visited by more than half a million people a month and had the support of more than one million social media users.

However, the Facebook and Twitter accounts of NileNetOnline.com have been suspended. Its number of Instagram subscribers is comparatively small, at 10,300 people. Furthermore, according to Alexa (a website traffic ranking service), this project is ranked 4,674,732 in the world, which indicates almost zero traffic on the site.

The authors of the Reuters report also said that Iran, in order to promote its propaganda among Russian-speaking readers, created a website called Realnie Novosti, or “Real News”, that offers a mobile app. However, according to data from one of the leading sites on web statistics, Similarweb, Realnienovosti.com is only viewed by 2,200 people per month; Alexa ranks this site 4,478,657 in the world.

© AP Photo / Yui Mok
Ex-Canadian Diplomat: UK's Anti-Russia Info Ops Mark Decline in Western Values
Representatives of leading Iranian media that spoke to Sputnik almost unanimously stated that "Reuters has lost face by publishing such fakes without evidence, trying to play along to Bolton and Pompeo in the information war aimed at denigrating Iran’s image and trying to start a fight with Russia, its strategic friend and at the same time ardent opponent of the United States on the international arena."
Emad Abshenas, a political columnist and head of the Free Iranian Journalists Association, told Sputnik.

“The authors of this report used research [published] by specialists from Israel, who will stop at nothing and use any means to wage information war against Iran; Reuters was once accused of an anti-Israeli position. Therefore, the unambiguously presented report and the cited results of the 'investigation' are false. The goal of the authors is to tarnish the image of Iran on the world stage."

"Today, our country is at the epicenter of a full-scale information war. Under these conditions, Iran uses all its power to oppose it. Of course, Iran cannot compete in terms of resources in this regard with the United States or Israel. They have a distinct advantage here. But this does not mean that Iran will give up, sit quietly and do nothing in response."

The so-called anti-Russian propaganda claims referred to by the authors of the Reuters report are “a complete lie” according to Emad Abshenas.

© Photo : YouTube/PressTV
Iran's Intel Chief Accuses Israel, US of Supporting Terrorism on Iranian Territory
“Today, Iran and Russia are at the height of cooperation. Iran has no reason under these conditions to wage an information war against its partner Russia. The statements about the numbers and traffic of the anti-Russian website allegedly created by Iran are also ridiculous. A credible news agency cannot have an audience of only 1,000 people. Israel and the United States are sowing discord and trying to embroil Russia and Iran in a fight at a time of high-level strategic cooperation.”

Mohammad Ghaderi, editor-in-chief of Tehran Times, one of the most popular and readable English-language newspapers in Iran, told Sputnik that Reuters publishes false material that's paid for by a third party, thereby losing its credibility in the international information field. Iran even has evidence of this.

"In recent months, Reuters has published more than just one report of this kind, which undermines the authority of the agency. In addition, we have documents that show that Reuters receives money from Israel, the United States and Saudi Arabia for these false publications. This is part of the information war unleashed by Netanyahu and the Mike Pompeo and John Bolton gang to tarnish the image of Iran and accuse it of all possible sins. Therefore, the distributor of 'fake news' is not Iran, [Reuters] are. And it is surprising why Reuters, without any clear evidence, made such strong statements. As a representative of the Iranian media, I can state without any doubt that this whole report on 'exposing propaganda' is a fake, and a lie that the Zionist lobby, the United States and Saudi Arabia are behind."

The goal of this is to drive a wedge between Russia and Iran, the editor-in-chief noted.

“The fabrication of facts [used by Reuters] is intended to turn Iran and Russia against each other or at least impair their relationship, as Trump is not satisfied with the strategic alliance between Russia and Iran. The second goal is to create a false impression of Iran and use this to justify more sanctions or even some kind of military action."

© CC BY 2.0 / The U.S. Army / Jalalabad Airfield
Iran Accuses US of Transferring Daesh Militants to Afghanistan
"The methods of information warfare under these conditions are such that we must make the information field as open and transparent as possible."

Hossein Royvaran, an Iranian political analyst and former head of the Iranian office in Lebanon of “Voices of the Islamic Republic” (an Iranian state television and radio company) and former director of the state Arabic-language channel Al-Alam, told Sputnik that in the current situation the information field has become a real battlefield.

"Almost every country has its own cybersecurity experts, who are trying to protect their state in cyberspace. Iran is no exception. Another point is that today there's US hegemony in the information field. They have powerful resources and can delete various news pages on social networks, something we observe almost every day. The US, having control over servers, is trying to manipulate and literally lead intellectual tyranny in cyberspace."

"As for the Reuters report itself, some of its points may be true, but the facts are given very selectively or taken out of context. The information war today is led by many, not only Iran, and it has the right to fight the pressure and the flow of false information that the United States and its allies are spreading,” Mr. Royvaran concluded.

Iran's Ayatollah Calls for Stronger Currency After Months of Devaluation