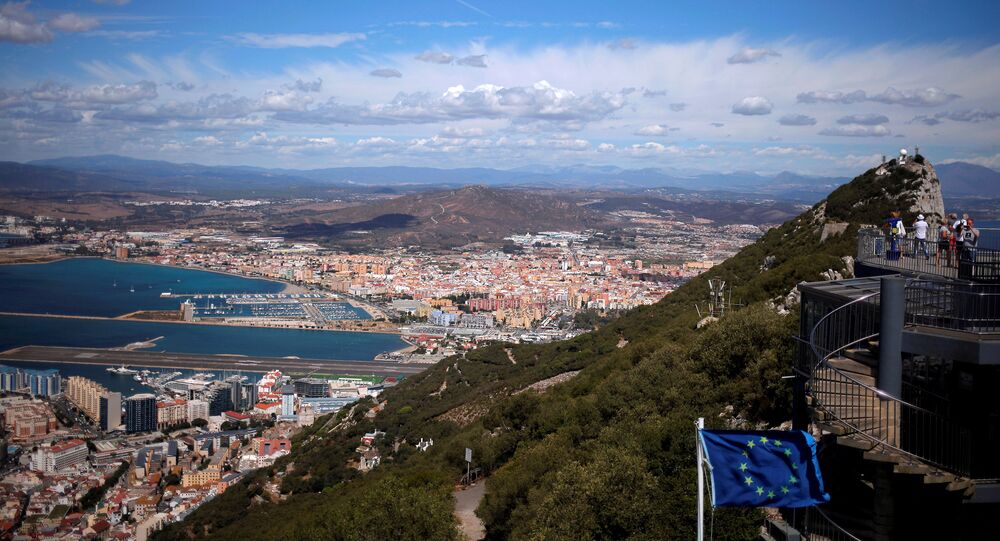 Madrid will vote against the Brexit deal unless the provisions on direct UK-Spanish talks on Gibraltar are added, Spanish Prime Minister Pedro Sanchez said Tuesday. Sputnik has discussed the issue with Professor Gerry O'Reilly from the City University of Dublin.

Why does the issue of Gibraltar in relation to the Brexit deal present such a problem for Spain?

Gerry O'Reilly: First answer there is Spain has reasserted its historical claims to sovereignty over Gibraltar on many, many occasions. It is of course in the process of adapting to the 21st century realities, like the UK, old colonial powers, old colonial heritages and looking for a new self-image in the wider international arena. But it does hold a strong sense of grievance regarding Gibraltar. That's the larger context of Spain — so it sees itself in that light. Then of course there is the economic relationship. Regardless of the very, very contentious economic histories between Gibraltar and Spain there is a certain economic symbiosis. Then in today's reality it is the PSOE that's in power and they are under much pressure from the other parties in parliament in Spain and they have to be seen to be maintaining a historical line on Gibraltar and they have to be seen to be doing something. And it could be a certain amount of play to the gallery and the international audience in relation to the latest statements coming out from the Prime Minister.

Do you think this could be a stumbling block to May's Brexit deal?

© AFP 2021 / Jorge Guerrero
Spain Needs More 'Clarity' on Gibraltar Before Endorsing Brexit Deal – Officials
Gerry O'Reilly:  No, a stumbling block yes, but definitely not a collapse. And in that context Spain as such and — we must remember that discussions until the Spring were with the party De Socialista and the popular party was in power which had a different approach within the internal politics of Spain to the socialist party which is now in power. So the Socialist party as such — I think that point has to be made — you have the one party in power up until the Spring — the Socialist party PSOE is now in power and they have to be shown to be doing the right thing in the historical line but they also are very much aware of the situation in Britain itself — as in the possibility of a collapse of Theresa May's government — as in friction of every type in the Conservative party and of course a lack of clarity of other parties in relation to Brexit and the general confusion within the population. So the PSOE is covering itself for any future eventualities that may come about in relation to the draft withdrawal agreement.

How problematic would a No Deal be for Gibraltar?

Gerry O'Reilly: On the first level the interactions between Gibraltar and the neighbouring area located in Spain itself are symbiotic on every level  — economically but also family-wise and socially. Gibraltar employment and trade represents about 25 % of the campo's —the county's GDP. Unions and businesses want a soft border considering the very high unemployment in that area in Spain. Also, 12 million visitors cross the border with Spain annually, 14,000 workers cross daily; 50% are Spanish, the other 50% are mostly British or other EU citizens. Now all this comes into play in the event of a No Deal. Again, looking at the acrimonious relationship from the 80s and particular on; when there is any fear or doubt over sovereignty issues it can lead to extremism on both sides. Therefore the possibility of Gibraltar being left out of a transition deal would mean a type of limbo — a no-man's land — for March 2019 sending Gibraltar and the neighbouring Spanish region into economic decline. Local economy going into a negative plunge; that would then leave the trans-frontier workers with all sorts of issues. Unlike the UK Spain is within the Schengen area and that also is a factor which must be taken into account.