Prof: Japan's Abe Has Shown Remarkable Resilience in His Ability to Handle Trump

Shinzo Abe retained his post as Japan’s prime minister following the election. Radio Sputnik discussed Abe’s 3rd consecutive victory with Dr. Victor E. Teo, assistant professor in the department of Japanese studies at the University of Hong Kong and the affiliated faculty with the China studies program and Korean Studies Program at the university.

Sputnik: How could you account for Mr Abe’s victory for the third time in a row?

Dr. Victor E. Teo: I think that Prime Minister Abe has done an exceedingly good job. I think that the domestic circumstances as well as what’s happening internationally has helped him secure this political longevity. First and foremost, I think that the Japanese people would prefer to have a very stable environment; for the past two elections Prime Minister Abe has been seen as the candidate who can actually deliver this stability, particularly at this time when trade relations with the US are in flux. In times of economic uncertainty most of the Japanese electorate wants to have an experienced hand at the helm of the country. Another important factor to take into account is the lack of viable experienced candidates. Although Mr. Ishiba is actually considered a distant second candidate, I think most people still prefer Prime Minister Abe to anchor Japan for one more term.

© REUTERS / Toru Hanai
Only 30% of Japanese Back Abe's Third Term Amid Rise in Cabinet Approval - Poll
Sputnik: Mr. Abe is reportedly scheduled to visit the US to meet with Donald Trump; how do you see US-Japan relations developing especially amid this era that we’re going through in terms of trade disputes against China, Mexico, Canada and the EU? He’s trying to re-invigorate the American economy and these trade disputes are very important to Donald Trump’s strategy; what’s your take on the relations between the US and Japan moving forward?

Dr. Victor E. Teo: For sure there’s a certain amount of tension in the relations, but this is something that has been present in US-Japan relations for a while now; it precedes Prime Minister Abe’s terms. Even in 1980s the Japanese and the Americans had these trade frictions and trade problems; that’s the first thing that I want to say. The second thing is that Prime Minister Abe has shown a remarkable resilience and ability in terms of being able to handle the US president. To that extent, amongst all the other US allies’ leaders – Germany, France and Britain – I think Prime Minister Abe is one of the leaders that is able to get along with President Trump pretty well. I would say that US-Japan relations are looking stable. I think that Prime Minister’s strategy is to separate security and political matters from trade negotiations; he and Donald Trump will go to and fro on trade because President Trump will actually try to get Japan to open up certain sectors, like the ones that the Americans are accusing the Japanese of protecting, particularly the agriculture sector. But I think that Prime Minister Abe is going to resist him, but at the same time they’re going to continue working on matters of common concerns. I think that one of these areas is China; the other one may be Russia. I don’t really see a major problem in US-Japan relations going forward. 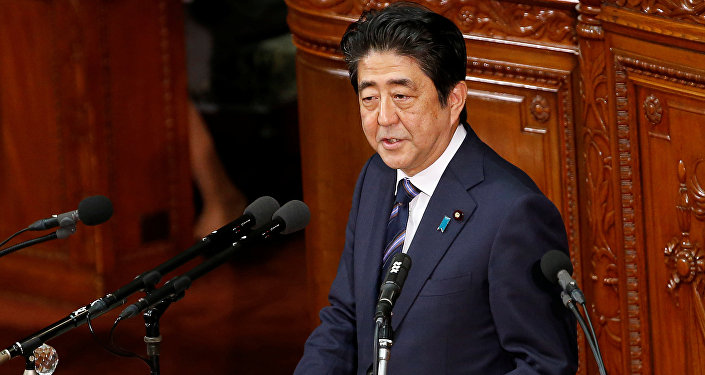 © REUTERS / Kim Kyung-Hoon
Shinzo Abe Confirms Readiness to 'Build New Japanese-North Korean' Relations
Sputnik: How would cooperation between the US and Japan progress in regard to the North Korean issue, which is very much in the news with the recent meeting between the two presidents of North and South Korea? How is Japan assessing the latest North Korean pledges to denuclearize, for example?

Dr. Victor E. Teo: I think the Japanese are watching the situation very carefully. Of course, the Japanese were pretty shocked when President Trump agreed to meet Kim without consulting them earlier this year, in March; but I think they have overcome this psychological shock and they’re looking for ways to reach out. Representatives of the Japanese Intelligence Agency had a secret meeting with the North Koreans in July; this was reported by the Japan Times. I think that the Japanese are trying to reach out to both the Chinese as well as to the South Koreans to see if they could rely on their assistance to try and bring the North Koreans closer to the agreement to what they foresee might be a new chapter in Japan-North Korea relations.