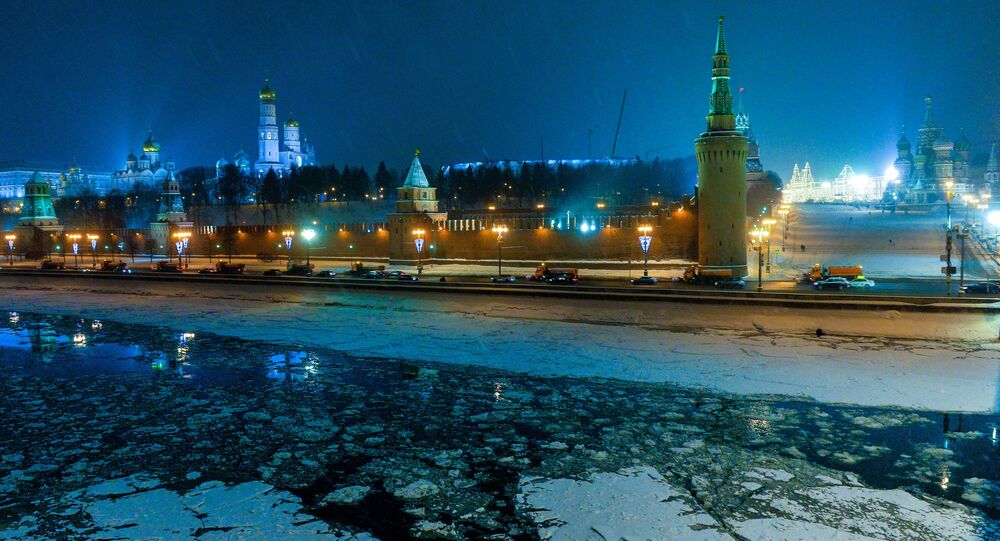 The Kremlin said it will first need to asses new US sanctions before considering any response. The anti-Russia sanctions over Skripal's alleged poisoning came into force on Monday. They include halting financial assistance to Russia and blocking the sale of goods and technology related to defense and national security.

Sputnik discussed the effects that the sanctions may have with Gilbert Doctorow, an independent political analyst based in Brussels.

Sputnik: What effect could the sanctions have both for Russia and the US?

Gilbert Doctorow: Well the effect in the United States, I think, is pretty clear — the current sanctions were initiated by the administration in order to head off far more serious and dangerous sanctions that were initiated in the Senate at the start of this month. So it's a political game in the United States of who can bash Russia first and most, and what will be the consequence.

Sputnik: Is this going to have a big impact as far as economically on the US or on Russia, do you think?

Gilbert Doctorow: Neither, that's exactly why they're doing it. If they had a big impact, they wouldn't do it. That's to say, it's a cheap political stunt to look tough, to make the United States look assertive, and to address, in the case of the Trump administration, the issue of how they are being soft on Russia: is Mr. Trump a 'Manchurian candidate' and does he have a history of collusion with the Kremlin. In order to keep all those charges at bay, Donald Trump plays along with the mad, insane policies coming out of the political establishment, both Democratic and Republican, of course, primarily Democratic, which is to punish Russia, and blame Russia and Mr. Putin for most everything that we don't like that's going on in the world.

Sputnik: I was just wondering about the whole Skripal affair, which has gone silent for a while. we didn't really get anything back from the OPCW, conclusive, about the origin. There's evidence that there were other governments which could've possibly had the technology, which were exposed either through liquidating Soviet stores of stocks of these chemicals when they were massively destroyed, or through other technologies, if they're saying that there was some secret level of information that wasn't presented to the public, ok, but, perhaps, then there could've been a motive made public, about why Russia would want to even poison this ex-spy…

Gilbert Doctorow: You could say the narrative is entirely reasonable and the objections that you've made just to US, UK accusations that Russia has poisoned this former spy and his daughter, your objections and questions are entirely reasonable, the point that I want to make is that this is not a reasonable situation. This is, from my perspective, blatantly false, from the get go, from the very start, it is no more serious as an issue in the US-Russian or Russian-UK or Russian-world relations than the false flag chemical attacks that we had seen in Syria, which have been used by the United States and France, and the UK, and Australia, and a few other countries that have jumped in to look good.

It's been used by them to bomb or attack Syria and to threaten Russian forces supporting the Syrian government. So there've been a number of problems that have occurred in the last five years, going back to the airliner that went down over Donbass, you can tick off the issues that have been used to name and blame Russia, and the Skripal incident is only the last of these. In the none of these cases has there been anything resembling a Russian motive to do this, quite the country, but in the timing of the events it's perfectly clear that Russia is the last country on Earth to want these things to happen, and so it is with Skripal, which was launched just before the coming of the World Cup competition, and so I won't take time to go through all of the detailed proof or meaning of the investigation of the chemical that was involved; from the very start, it was is false.