Sputnik talked about Washington’s policy towards Iran with Scott Bennett, a former US Army officer and counter-terrorism analyst.

US President Donald Trump has warned the rest of the world to choose between the US and Iran. He said that anyone doing business with Iran will not be doing business with America. Washington re-imposed economic sanctions on Tehran after withdrawing from the 2015 Iran nuclear deal. Meanwhile, the European Commission will block US sanctions against Iran. 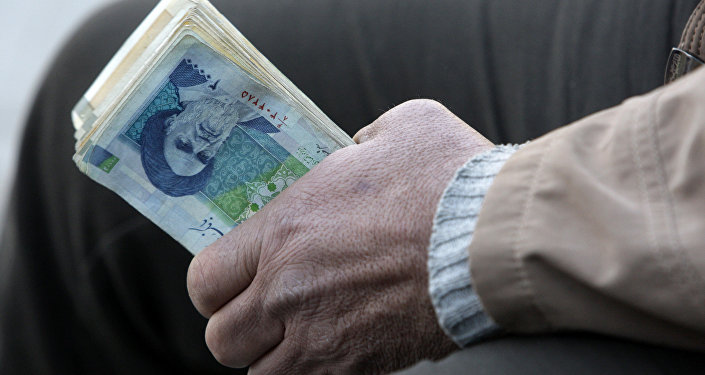 © AP Photo / Vahid Salemi
US Urges Allies, Partners to Deny Funds to Iran Leadership - Pompeo
Sputnik: Donald Trump has accused Iran of malign activity and supporting terrorism; what did he mean by that, in your opinion?

Scott Bennett: In my opinion, the president is referring to the bad intelligence and propaganda which Israel and Saudi Arabia have always been feeding the president and the neocons in Washington that have been bloodthirsty and all about war for the past 18 years. They've consistently always tried to paint Iran as a source of instability and conquest in the Middle East when, in fact, it’s rather more like Israel and Saudi Arabia are the forces of conquest. But the president has been told, since he’s new to his job, that Iran is a destabilizer, that Iran has been on the side of ISIS and financing and backing these wars in Syria and elsewhere. That really is fundamentally wrong. Iran has been working against the forces of ISIS, Al Qaeda, al-Nusra, the Wahhabi terrorism that is spreading up into Europe; that has spread up into Germany, Sweden, Britain, Italy and elsewhere. All of that comes from Israel and Saudi Arabia's destabilization of Syria, along with the gullibility of the United States and the duplicity of NATO, France and Great Britain. When he refers to Iran as a destabilizer, it really is ignorant and he needs to be cured of that, and I think the president has got a lot of bad advisors around him, such as John Bolton, Nikki Haley and Mike Pompeo who are not interested in the advancing the interest of the American people; they’re not interested in peace, they are still interested in this obsession of world hegemony and full-spectrum dominance that makes the US sort of the policeman, high priest and executioner of the world, all in the same office.

© REUTERS / Ints Kalnins
Swedish Firms' Activities in Iran Impeded by US Sanctions - Trade Minister
Sputnik: Do you think that given the strength and might of the American political machine and the global supporters of the administration that Iran would, in fact, be prepared to curb their activities in exchange for lifting of the new sanctions?

Scott Bennett: Well I don’t think so because Iran views this American aggression as an existential threat and it is only the beginning stage of a full-scale information, economic and political war that the United States has been waging, essentially, for 40 years. President Trump is trying to ratchet it up and Iran views it as a threat to its entire existence; so they’re not going to back down, I don’t think. They may be wise and skilled enough to engage in diplomatic and public relations conversations for the benefit of Europe and other parties watching and listening, for the benefit of gathering allies and supporters. The Iranians can make overtures to President Trump as North Korea did and fully invite the president to come and learn of Iran, but Iran won't be changing anything; it won’t be changing its government, it won’t be changing its right to self-defense through its ballistic missile program, or any other missile program, which every country has a right to do; it isn't pursuing nuclear weapons, it is backing and supporting Hezbollah and Syria and other forces that really are legitimately claiming to be fighting against the conquest of Saudi Arabia and Israel, but I don’t think Iran's going to back down. That being said, I think the president again is using bluster, he is using bluff, he is using these economic sanctions as a tactic to try and force the Iranians to some conversation, because the president does view everything that Obama did as poison. Remember, the United States is in a civil war, we’ve just had all of our major Internet companies [take down pages] that have a sort of conservative flavor, Ron Paul, Alex Jones, people and speakers and companies, my website even was taken down mysteriously; we’re having a purge in the United States of conservative voices that have traditionally called for the stabilization of ties between the United States and Russia. In fact, the normalization and friendship between the United States and Russia, as well as Iran, I went to Iran about a month ago, so we’re having in the United States a lot of people and organizations being shut down by Twitter, by Facebook, by YouTube and that’s very, very symptomatic of massive informational war and the night of the long knives. So the president himself is under siege by these neoconservative, hostile war forces, so I've always said that if Iran can get past the Obama poison that Trump attributes to the JCPOA and say “we're happy to make the same deal with you and just call it the Trump deal,” maybe with some modifications that Iran wants and needs that does not compromise our stability, and “yes, we’re happy to have a conversation, we don’t need to be in the deal because Obama signed it, we're happy to do it if you join in.” But then it becomes a trust issue, can the United States be trusted? If we look at the track record of what we’ve done to Ukraine, and the political coup d’état overthrow, that Victoria Nuland, Hillary Clinton and Barack Obama did when they threw out Yanukovych, which is the reason that they are prosecuting Paul Manafort, and look what we did to Libya, and what we've done to other countries, it becomes very dubious if the United States can be trusted in anything. That’s the real motivation behind Iran: “you’re not trustworthy, you have to prove to us that you’re not going to try and do a regime change, something similar like you promised to North Korea,” and I think Iran has Russia and China on their side to back them.