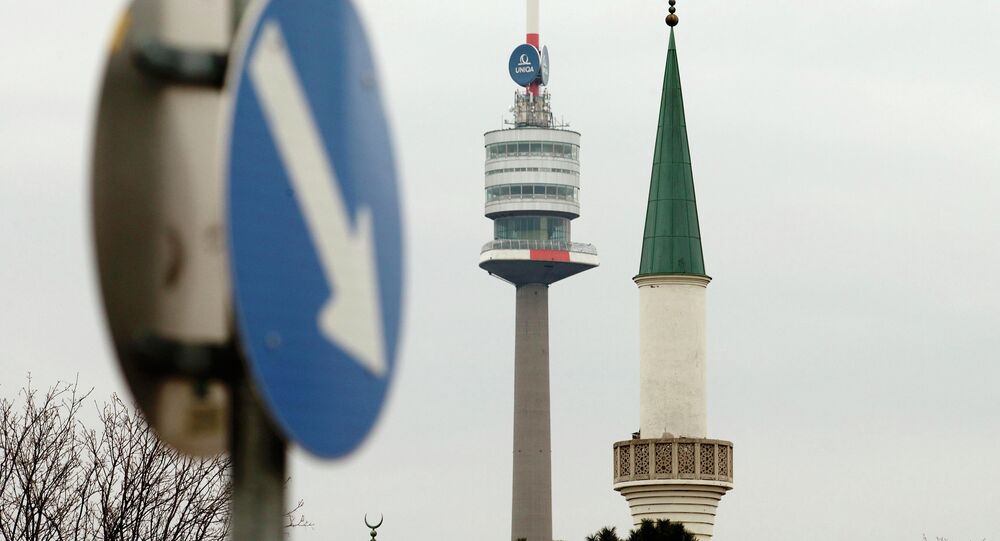 WASHINGTON (Sputnik) - The world has moved closer to a major trade war as those nations supporting the 2015 Joint Comprehensive Plan of Action (JCPOA) with Iran assembled in Vienna and agreed to defy and isolate the United States even further, former US Ambassador Chas Freeman told Sputnik.

"The Vienna meeting has added a new dimension both to American international isolation and to the full-fledged trade war President Trump launched last night," Freeman said on Friday. "The other parties to the JCPOA have made no secret of their objections to US policy. Only Iran's regional adversaries agree with current US policy in this regard."

In the absence of consensus, the attempt now to restore unilateral US sanctions on Iran was explicitly based on an effort to coerce Iran's trading partners, including US allies, Freeman pointed out.

© AFP 2020 / HENGHAMEH FAHIMI
Iran's Guards Say Strait of Hormuz for All or 'No One' Amid Looming US Sanctions
"The means by which this is proposed to be done is by imposing secondary sanctions on them through US sovereignty over the dollar, despite the concomitant role of the US national currency as the universal unit of account for trade settlement and currency transactions," he said. "It should surprise no one that the non-US signatories of the JCPOA, including US allies, regard this as completely unacceptable."

Differences over the JCPOA will make for a most interesting NATO summit next week in Brussels, Freeman added. And what happens in Brussels will figure greatly in the subsequent summit in Helsinki between Russian President Vladimir Putin and Trump, Freeman suggested.

"The rift in allied solidarity over the JCPOA is coming to a head in the midst of a trade war that pits the United States against the entire world, including its European allies, and threatens the rule-bound order that has been the foundation of global advances in prosperity and peace," he said.

With no rules now in force to constrain their disputes, the United States and its European allies were entering a contest in which might was attempting to make right, Freeman cautioned.

© AFP 2020 / STR
China Slaps US With 25% Tarriffs on $34Bln Worth of Goods as Trade War Escalates
"It is too early to say whether the Europeans will have the strength and stamina to sustain their defiance of US bullying, how they will propose to do so, or whether they will make common cause with similarly aggrieved Asian nations like China and Japan to oppose the United States," he said.

However, the statement of the parties to the JCPOA at Vienna echoed earlier statements by China, India, and other non-European great powers that they had no obligation to respect unilateral US sanctions against Iran and would resist them, Freeman advised.

Earlier in the day, participants in the JCPOA including Russia, China, Germany, France and the United Kingdom all confirmed at their meeting in Vienna that they remained determined to carry out the full and effective implementation of the agreement. The meeting came on the same day that US President Donald Trump’s tariffs against China went into effect.

China to Back Europe in Trade War with USA - Analysts