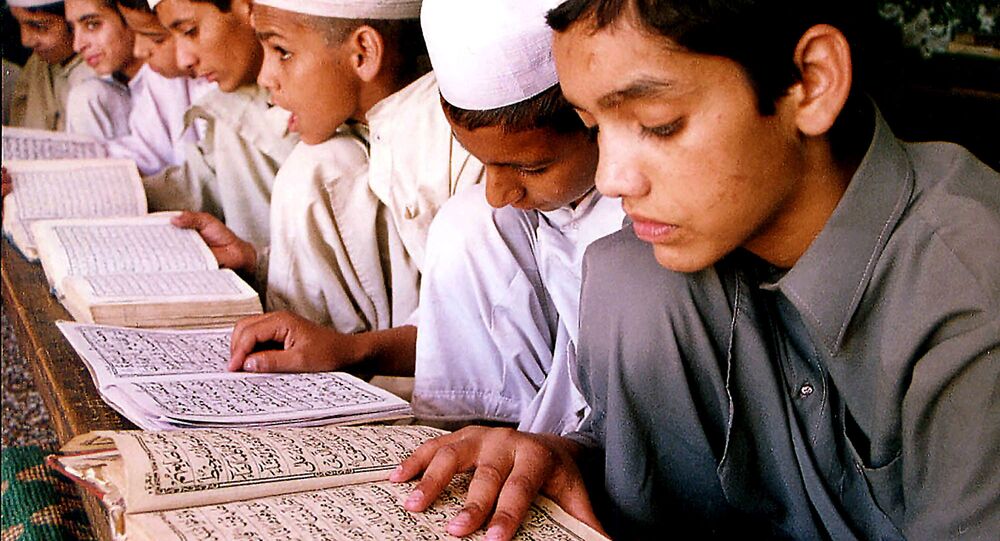 In an interview with Sputnik, Weinberger, the author of the book ”With the Quran There is No State,” said that despite its past problems with fundamentalists and many crises, Tunisia  is moving in the right direction.

“It takes more than just the Quran to build a modern state. I mean that just any state you can build of course. The democratic forces in Tunisia were forced to stand up to those who insisted that we must do exactly what the Prophet once did. Tunisians rejected that idea, that’s why the [fundamentalists] have so far failed to push this through. I think they never will,” Gerhard Weinberger said.

Tunisia as a Success Story

Soon after he was posted to Tunisia, Gerhard Weinberger witnessed an attack by Salafists on the US embassy and an American school. From that moment on, the country faced a string of political and economic crises.

© CC0
Old Flame: Danish Quran and Bible Burner to Change History
“It was a fascinating time for me as an ambassador,” he said.

He added that even though terrible things used to happen, a large portion of the Tunisian population came out against the fundamentalists and “the so-called moderate Islamist party eventually managed to give the country a very good, democratic, progressive and modern constitution.”

“Politically, the country is progressing fast as it resisted the temptation to incorporate Sharia Law into the country’s constitution.”
Weinberger sees Tunisia as a country that inspires hope in others.

“This is because they established a civil society which was ready to fight Islamization and because they have a political class that realizes this and, simultaneously, rejects any forms of civil war. This is better than shooting at each other,” he noted.

In his book Gerhard Weinberger criticizes those who tend to literally follow each and every dictum they find in the Quran.

“The problem of Islam is its aggressive stance towards ‘infidels.’ The Quran teaches that he who does not believe in it shall be punished, either in this life or in the afterlife. This archaic, undemocratic and almost totalitarian attitude is the biggest stumbling block,” he said.

The Quran as a Historical Document

Gerhard Weinberger believes that taking the Quran as a historical document is the only way to rectify the problem because some things may still be relevant today while others may not because this is what people thought 1,000 years ago.

“I see such tendencies happening in Europe and I’m foursquare behind this,” he noted.

“They shouldn’t say that ‘this group is allowed to do this'. Instead, they should say that ‘this group cannot do this.’ We should draw a clear line and say that Islam is a religion that needs to be respected when people play by the rules. At the same time, we need to draw borderlines than shall not be crossed. Only then will the majority of European Muslims embrace this,” Gerhard Weinberger emphasized.