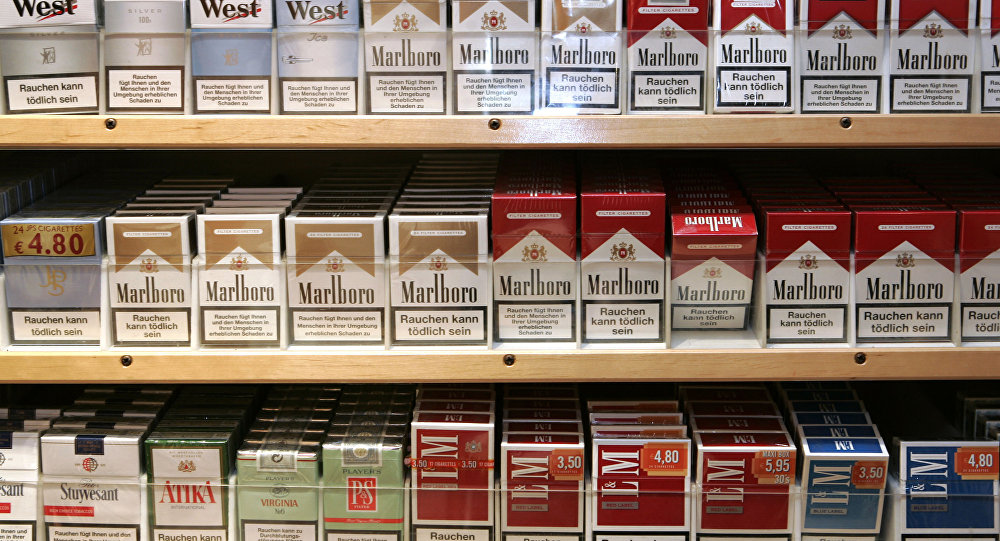 The 31st of May marked the World No Tobacco Day. The event highlights detrimental effects of tobacco on human health. This year the WHO together with the World Heart Federation aim to underscore the link between tobacco and cardiovascular diseases responsible for deaths of nearly 18 million people annually.

Sputnik discussed the awareness about the risks of tobacco use with Ian Hamilton, Lecturer in Mental Health at the Department of Health Sciences, University of York, UK.

Sputnik: What is the importance of World No Tobacco Day in drawing global attention to tobacco addiction problems?

Ian Hamilton: In the UK it would be very difficult to be smoking today and not be aware of what the health risks are, but we know there is culturally some variation around the world and of course the tobacco industry is not unaware of that. They use that difference in knowledge in culture to continue selling tobacco, and we see a growth of tobacco use in some countries, although in the UK and in Russia as well, smoking rates are falling.

© Flickr / Malaya K Pradhan
'Traditional Chinese Medicine' Cigarettes on Rise in Beijing
Sputnik: I was just browsing the Internet on the issue and it amazed me that the latest data from the World Health Organisation report shows that there are 1.1 billion smokers in the world today… that’s the same number as at the turn of the century?

Ian Hamilton: It is and of course that’s what the tobacco industry relies on, it’s a business, and it looks for new markets, it looks how to grown its numbers, not least of all, because it's losing people that die as a result of smoking, it’s an odd kind of business where it knows many of its customers will die from using its product, so it has to adapt, it has to move and it’s not just about selling more tobacco. Interestingly, the chairman of Philip Morris has been in the media talking about the move they want to make into alternatives to smoking, so things like e-cigarettes, vaping, etc. So the tobacco industry is a widely well-schooled kind of player, they use a lot of intelligence from various countries around the world to work out how they can expand their market, grow their business and make more money.

Sputnik: What are the countries that are better equipped to deal with this issue and are showing good progress? A recent French study found that a million French citizens quit smoking last year, how’s it happening in different areas of the world?

Ian Hamilton: I think Russia is a good example; over the last 5 to 10 years we’ve seen quite a marked reduction. According to the World Health Organization, their data shows that in 2009 40% of Russians smoked and by 2016 that had moved down to 30%. Obviously, one in three is still a lot of the population that is smoking but that trend is going the right way, and what the World Health Organisation identified was this was about tapping into changing people’s views about their own health. So rather than waiting for something to go wrong before you see the doctor, adopting a different mindset and thinking about how you can become healthy today and work towards optimum health. So I thought that was quite interesting, looking at how successful that's been in terms of this 10% reduction in smoking.

Sputnik: Let’s look at the various measures that are being implemented successfully, or perhaps not so successfully; I believe it’s a good idea making indoor public and work places smoke-free, it must work certainly?

Ian Hamilton: Yes, I would agree with you. I think again in the UK, this goes back more than a decade, it was a Labour government at the time, who ahead of public opinion, introduced the ban on smoking in public places. so politically it was a brave thing to do, but if you ask people now who smoke as well as those who don’t smoke, they are in favour of this public ban on smoking in public places, so people would find it hard to imagine going into a pub or into any public building, and think about people smoking in those places. Obviously, that protects the workers in those places as well from passive smoking, so I think policy does have a role to play, it’s not enough on its own, but certainly governments have a role to play and they can be quite successful in making significant nudges in reductions in smoking rates.

© CC BY-SA 2.0 / Gregor Younger / Bagamati cremation
Indian Tobacco Baron’s Fun-Filled Funeral Procession (VIDEO)
Sputnik: With the younger generation, image is everything sometimes and I’ve noticed that even in the fitness club that I go to it’s not hip, it’s not cool to smoke and these are also factors that sometimes help…

Ian Hamilton: Absolutely, image is important, and it’s not just about the image, it’s about the smell. Smoking smells on your breath, it smells on the person, so it would be interesting to find out from those young people who are going to health clubs whether they’re doing something very different from young people who don’t go to health clubs. But my concern in any country is always the ones who are left behind, the ones who maybe aren't as aware, as well educated as affluent, so I think for some people this either quitting smoking or not taking it up in the first place is slightly easier or a lot easier than for people who don’t have the means, whether those are educational means, or whether they are monetary means, or stress. Something like over 40% of the tobacco sold in the UK goes to people with mental health problems. There are subgroups within our populations, in whichever country, who are more vulnerable, who are more challenging in the sense that we need to think more carefully how we can encourage them to quit smoking, so there are no easy answers to the ones that are left really.