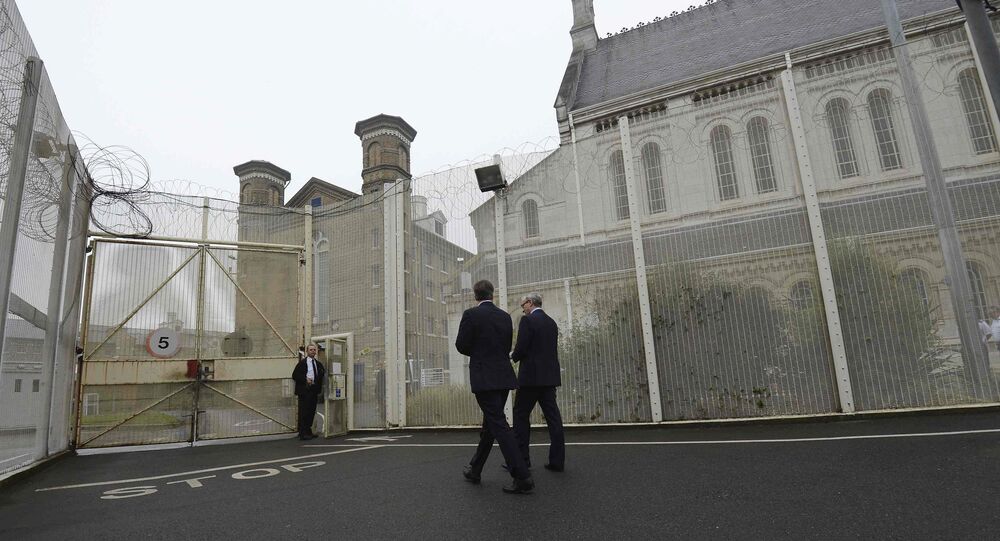 A prison officer, who wishes to remain anonymous, told Sputnik that plans to roll out the smoking ban across all prisons in England and Wales in 2018 will endanger staff and prisoners.

"The impact of banning prisoners from smoking will have a detrimental effect on their mental health and that concerns me. Staff are already under pressure and at risk of violence. Forcing prisoners to give up will lead to more aggressive behaviour," the officer told Sputnik.

Inmates at HMP Birmingham, a prison plagued with riots and violence, recently chanted "we want burn" relating to a recent smoking ban.

A year after inmates rioted for 12 hours causing US$8 million worth of damage across four prison wings, the situation at HMP Birmingham remains "volatile," according to a prison officer union.

Joe Simpson, assistant general secretary of the Prison Officer's Association told newspaper, Birmingham Mail: "At present HMP Birmingham is the most violent prison in the country according to the Violence Diagnostic Tool, which is supposedly used by management as a way of looking at where and when violence is happening and how it can be prevented."

Banning smoking in jails is also "dangerous", according to a recent article in prison magazine Inside Times, and has made prisons much more dangerous than they previously were, and they were already pretty dangerous to begin with."

© AP Photo / Lefteris Pitarakis
'Terrifying Situation': Violence at Iconic UK Prison Surges, Both Staff & Inmates Afraid for Their Lives
Riots at other jails have been blamed on the smoking ban. Glyn Travis of the Prison Officer's Association told the magazine, stopping inmates from smoking in jails is "lethal."

"It is a lethal cocktail and could lead to more violence and riots."

Tonight, completely unseen, frontline #HMPPS and private sector prison officers will be looking after nearly 85,000 prisoners. The difficult, the damaged, the lonely, the despairing. They need and deserve your thanks and support.

"Birmingham deals with some challenging individuals and the whole team is tremendously determined and committed to providing a safe and secure environment for all staff and the men in our care." #prison #prisonriots #HMPBIRMINGHAM friend inside says it's like a tinder box still despite transfers. No association at all.

Britain's Ministry of Justice has banned smoking in more than half of the 120 jails in England and Wales. The nation wide policy is expected to be completed by the end of March 2018.

NOMS Annual Report: 'All #prisons will be smoke-free in 2018' + phased approach will be used to implement it across the estate. #smokingban pic.twitter.com/ccuOnIl03o

Violence at Iconic UK Prison Surges, Both Staff & Inmates Afraid for Their Lives