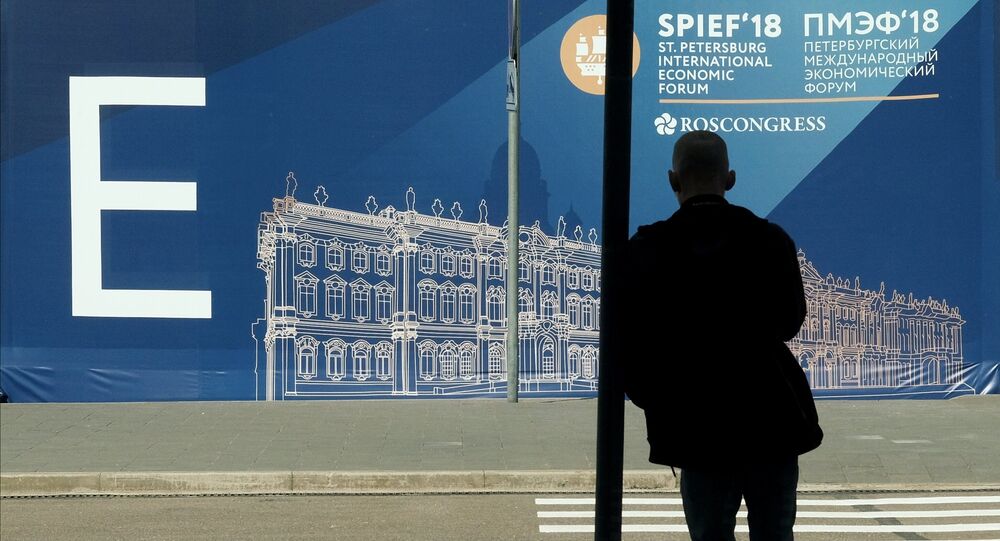 The 2018 St. Petersburg International Economic Forum (SPIEF) kicked off on May 24, in an annual three-day event that gathers business representatives and top politicians. Speaking to Sputnik, Pekka Viljakainen, Senior Advisor to the President of the Skolkovo Foundation, has lauded the SPIEF in light of burgeoning Russian-Finnish relations.

Sputnik: The first day of the 2018 St.Petersburg International Economic Forum started with something which is related to Russia-Finland ties and the roundtable of entrepreneurs. What is it all about and how did it go?

Pekka Viljakainen: Of course because we are so close to Russia and also St. Petersburg we have always had dozens and dozens of top businessmen coming from Finland. The discussion was to go through the current situation, certain problems but also more opportunities.

These are very big companies, the biggest Finnish companies. For example, next week we will have a start of a village event in Moscow and then we have more like small start-ups.

I think big Finnish companies having a dialogue with Russia is important [given that this dialogue] was almost frozen a few years back but I'm very happy we are back in business we are discussing again.

Sputnik: How much of an impact do the sanctions have on Finnish companies, especially big players?

Pekka Viljakainen: Of course there are certain industries where it has hit, like agriculture, if you take Valio, the cheese maker and yogurt maker, it has been impacted. In general, sanctions have not had a big impact on Finland except in the mind, mentality of the people.

So people are wondering is it right to do or is it against the law. So in reality, current sanctions have quite little to do from the legal prospective and it's more like a feeling and atmosphere issue where its impact is negatively.

Sputnik: In Skolkovo, there's a big thing coming up, an event called start-up village. What is it all about, what’s on the agenda and what can we expect from it?

Pekka Viljakainen: First of all, the whole Skolkovo was established seven years ago to support entrepreneurship in Russia, not only in Moscow. I have been personally to 95 Russian cities.

I have been all around Russia from Kaliningrad to Sakhalin or Arkhangelsk to Krasnodar. A start-up village event is something where we want to connect the best start-ups from the whole of Russia in one place.

It's not a very formal forum. It's a very relaxed event, it's like a rock-concert.  It's a very good place to see what Russia has in the technology field that will be held next week on Thursday and Friday. It's also a kind of a window for foreigners and foreign investors to see what kind of start-ups we have.

The views and opinions expressed by Pekka Viljakainen are those of the speaker and do not necessarily reflect those of Sputnik.