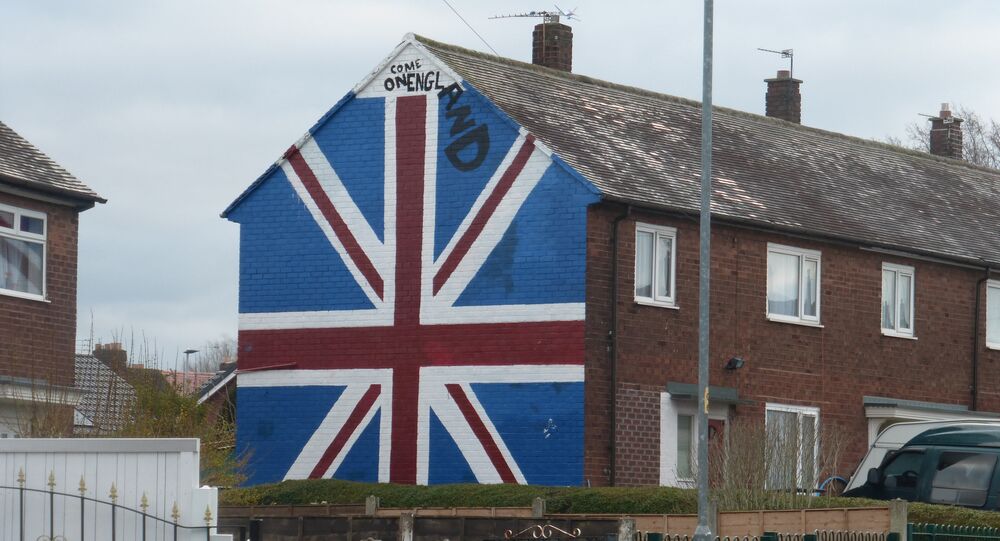 'It's Crazy': Why Thatcher's Vote-Winning Policy Costs the UK $14 Billion a Year

In 1979 the Conservative Party under Margaret Thatcher won a general election by promising millions of council house tenants they would be able to buy their own homes at massive discounts. Sputnik spoke to a Labour Party politician about how it affected modern-day Britain and why Jeremy Corbyn is reluctant to scrap it.

The Right To Buy policy, as it became known, was political catnip and created a generation of "aspirational" working class Tories who wanted to work hard, own their own homes and give less of their money to the taxman.

It took Labour almost 20 years to recover and when it did Tony Blair and Gordon Brown tiptoed carefully around the minefield of Right to Buy and never proposed scrapping it or even reforming it.

The SNP-led Scottish government and the Labour-led Welsh government have both scrapped right-to-buy but it remains a sacred cow in England and even Jeremy Corbyn, that supposedly radical socialist, only dared to argue for a "pause" in the Right to Buy in Labour's general election manifesto last year.

History has ultimately proven Tony Benn correct on this issue. Right to Buy has been an unmitigated disaster that has created the conditions for gentrification and social cleansing of communities and lack of proper affordable housing for Young People. https://t.co/e4oQXgf6wv

'Labour Needs to be Bolder'

Doina Cornell, a Labour Party politician and leader of Stroud District Council in Gloucestershire, argued recently in an article on the Labour List website that the party needed to "be bolder".

She wants the Right to Buy scrapped altogether.

"It feels as if the party's thinking hasn't moved on. It feels like policy is still stuck in 2012. Housing policy in particular needs to move on. Right to Buy is just ridiculous. We built 250 houses last year but are losing 26 a year to Right to Buy. It's crazy," Ms. Cornell told Sputnik.

Research in recent years has shown the devastating effect Right to Buy has had on Britain's housing stock.

People desperately need decent homes — so give councils the power & freedom to build more. My article calling for an end to right to buy & the so-called ‘debt’ that councils are burdened with. https://t.co/is1LjxSG1u

Sheffield Hallam University's Centre for Regional Economic and Social Research (CRESR) did a study in 2015 which found 1.8 million properties in England had been purchased under Right to Buy between 1980 and 2014.

But "a considerable proportion of Right to Buy stock has now been 'recycled' into the private rented sector, especially in recent years", said the researchers.

What this meant was that hundreds of thousands of people on low incomes who could not afford to buy their own homes were now renting privately and the majority of their rent was being paid by the taxpayer, through Housing Benefit.

In 2016 it was estimated that £9.3 billion (US$12.6 billion) in housing benefit was being paid every year directly to private landlords, a figure which is now likely to have risen above £10 billion ($13.55 billion).

"It's all ending up in the private rental sector and millions are being paid out in Housing Benefit to private landlords. The whole thing is crazy," Ms. Cornell told Sputnik.

No. of social homes falls 11% in one year. Govnt has cut all funding for new social housing, extended Right to Buy and pumped taxpayers' money into Help to Buy — which doesn't help people on low incomes. Housing benefit bill to private landlords is £10bn: https://t.co/7MKkxBgEmO

The CRESR team said one study suggested the higher cost of accommodation in the private rented sector meant an additional cost of £3.2 million (US$4.34 million) per year for local councils in England.

In many cases councils in London are so terrified of single mothers and other families being made homeless that they agree to pay exorbitant rent increases demanded by greedy landlords.

Critics say the housing stock belongs to the nation and not to those people who currently live in those houses and selling it off cheap is tantamount to selling off the family silver.

The CRESR report pointed out that when new social housing is lost to the Right to Buy and then falls into the hands of a private landlord the total cost to the taxpayer, when the property is then rented out to someone on Housing Benefits, is £181,700.

The housing charity Shelter points out that Right to Buy does not even succeed in increasing home ownership, which was one of the main reasons it was launched.

"Since the Right to Buy was introduced in the early 1980s councils have fallen out of the business of building homes. The inability of the private market to fill the gap means that since that time, we've consistently not built enough homes. We're now at the point where every year we build only half as many homes as we need to keep up with a growing and ageing population," said Shelter.

The Tories refuse to accept Right to Buy is broken and in 2015 they sought to use it again as a vote-winner, promising to extend it to millions of housing association tenants.

In the 80s, Kinnock & Benn clashed over Labour opposition to Right to Buy

Benn argued ‘These are not the tenants houses to buy. These are the communities houses’

Kinnock snapped ‘On the day when you start paying a mortgage or rent, you will have some authority on the subject’ pic.twitter.com/KeKNln8ADJ

"Part of the problem is that we need to change the culture in this country. There is nothing wrong with being a council tenant or paying rent. You are not a lesser person because you don't own something," Ms. Cornell told Sputnik.

She said she hoped to be part of a network of local Labour councillors who would put pressure on the Shadow Housing Minister, John Healey, and persuade him to announce that a future Labour government would scrap the Right to Buy completely in England.

The views and opinions expressed by ​Doina Cornell are those of the expert and do not necessarily reflect those of Sputnik.