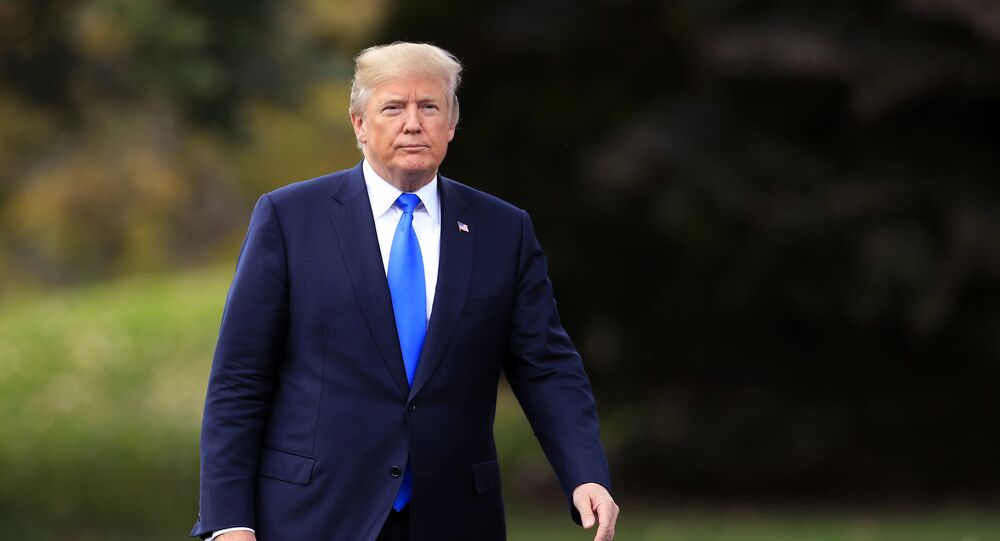 German Economic Affairs Minister Peter Altmaier has warned the EU against sparking a trade war with the US over steel and aluminum tariffs because in case of an economic standoff the trans-Atlantic relationship is at stake. Sputnik discussed the issue with Carl Fey, professor of international trade with the School of Business at Aalto University.

Sputnik: Several EU officials, including the German Economy Minister, warned against starting a trade war with the US over tariffs, as it poses great risks. What’s your take on that? What risks are we talking about?

Carl Fey: Basically the basic idea of international trade is trying to take a pie and expand it, to make a bigger pie to have it such that one country specializes in doing one thing and another country specializes in doing something else, depending on what they’re better suited to do. The US ironically has over the years been the world's probably largest proponent of this liberal trade regime, which means not having import tariffs that are very high and not having quotas.

© AP Photo / Francois Walschaerts
Grab the Popcorn: Trump Promises to ‘Take On’ EU in New Trade War
Ironically now, it's the country pushing forward these. So what are the risks? Well this move may help the US steel and aluminum industry by protecting it from foreign competitors. But of course the price of steel and aluminum will go up in the United States. Steel and aluminum are used in a lot of different products, and so those products will become more expensive. They'll become more expensive, ironically, not only for people outside the US but, most importantly, for people in the United States, so it’s not totally clear that this will really have the desired effects.

Sputnik: I was listening to President Trump give a speech in Michigan on YouTube over the weekend and he was talking about the story where he went to China about four months ago, and was talking about how easy the Chinese are getting it in terms of trade agreements coming from the US and correspondingly the amount of tax that the United States is paying for Chinese goods is nonsensical. This is his strategy moving forward since he became president, he’s obviously now ratcheting up with the European Union; it doesn't look as though it’s going to go away, does it?

Carl Fey: It does seem to be what Trump is rather set on, that is true, but in fact I think that he probably sees all these measures as negotiating tactics and not actually really that he would really like to have these tariffs or import duties.

Sputnik: Do you believe there will be a fully fledged trade war or will he pull back?

Carl Fey: I’m very hopeful that some sort of compromise will be worked out, but given that the things are starting potentially already on May 1st, it does look like it’s quite possible. It's quite likely, I would say, that the initial phases of this do start, but I just hope it doesn’t escalate too much. One other point of history that’s worth reflecting upon is the attempts of the US to get out of the Great Depression. Many will hopefully remember that the infamous Smoot–Hawley Tariff Act in 1930, which was supposed to help the US by setting up protectionist tariffs.

© AFP 2021 / JOHN THYS
Zero Sum Game: The US Rolls Out ‘Trade War’ Ultimatum for Europe
Now in retrospect, it's really thought to be something that has kept the US for a long time, long time that was needed in the depression and hurt the world, as well as many countries, raised their tariffs in a response to the US actions. So I think it’s a risky move, I also think it’s important to note that some sort of continuity is, I think, really important and in politics and economic actions; to try to make the world economy work as well as it can, and I would say that the actions that Trump is taking now are not particularly consistent with liberal US trade policy over recent years.

So I’m hopeful that this is a good negotiation tactic and that somehow there will be some compromises that will come out of this, and perhaps we will be able to continue moving forward with an impressive increase in liberal trade that I think we have seen happen in recent years. I guess the final thing to mention is that actions like what Trump does now are actually much more dangerous than what has ever been at any point in history, and the reason for that is that the world is so interconnected today.

So we’re talking about the European Union and the US but this affects everyone. You’re talking to me from a Russian radio station, this is important for Russia despite not being in the European Union either because a lot of products are exported from the European Union to Russia so this could raise the cost for some of these products as well, so today whenever two countries or two groups of countries have some sort of dispute, this doesn’t only affect them, we have to realize that it really affects all of the world.