The United States and 16 European Union nations joined the United Kingdom in expelling Russian diplomatic officials in the aftermath of the Skripal poisoning controversy. According to the co-president of the International Peace Bureau, the diplomatic crisis is the result of the UK’s chaotic internal politics since the Brexit vote.

​Sergei Skripal, 66, and his daughter, Yulia, were allegedly poisoned with the A234 nerve agent on March 4 in Salisbury. The pair have been hospitalized since that time in critical condition. The British side claimed it was a novichok-type nerve agent, which was developed in the Soviet Union. British Prime Minister Theresa May promptly pointed the finger at the Russian government and expelled 23 Russian diplomats as a punitive measure.

"It is mainly an internal British affair to show they are important after leaving the European Union as a result of the Brexit vote," Reiner Braun, co-president of the International Peace Bureau, told Radio Sputnik hosts John Kiriakou and Walter Smolarek on Loud & Clear.

Since there are 44 nations in Europe, according to the UN, and only 16 followed the UK's lead to oust Russian officials, "this shows the reality that only a minority of very confrontational countries in Europe which are on the line of the British politics," Braun explained. 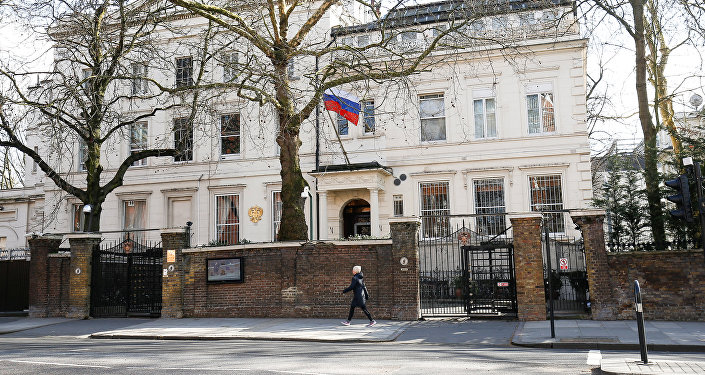 There are two things Braun sees driving an increasingly direct confrontation between the US, UK and Russia.

First, "they are looking for a foreign enemy. This is an old historical structure. When you cannot solve your internal problems, you look to a foreign enemy," the peace official said.

Secondly, "Russia, and the elections in Russia, shows Russia is a power, with friends, in the world. This [is something the UK, US, and other Western nations] don't want to accept. They want to have Russia like it was under Boris Yeltsin," Braun told Sputnik.