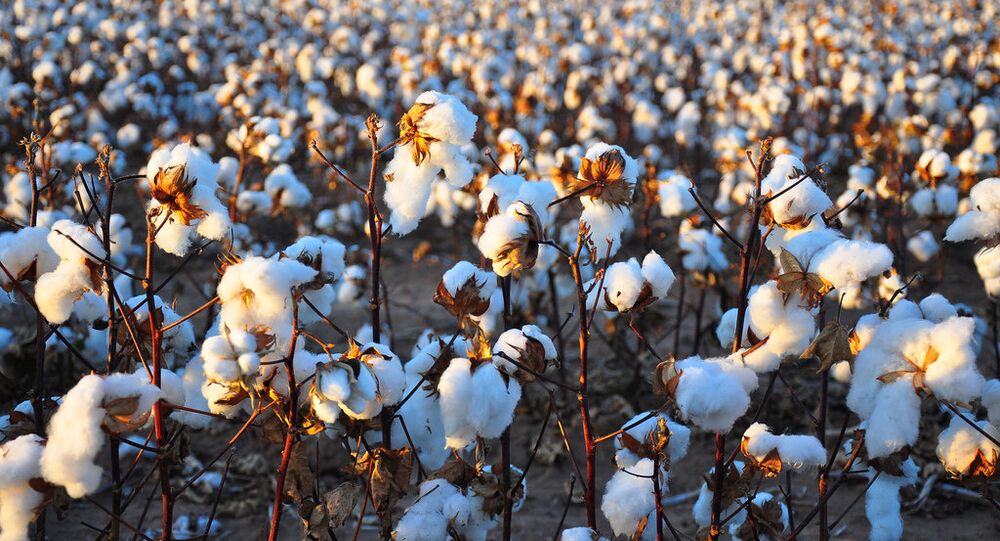 Pressure groups have been demanding stricter regulations to tighten the noose on American agrochemical industry Monsanto, which allegedly marketed genetically modified cotton seeds that failed to guard crops against pink bollworm, causing crop failure in most of India.

New Delhi (Sputnik) — The Indian government has decided to cut royalties paid by local seed companies to the US agrochemical giant Monsanto by 20% besides lowering the price of Bt cotton by 7.5% for the current financial year.

This is the second cut in the price of cotton seeds by the government in the last three years. The move is expected to benefit eight million farmers buying 50 million seed packets of 450 gram each annually. Presently, farmers have to pay INR 800 ($12.3) for 450-gram cotton seeds packet with royalty charges of INR 49 ($0.76). Now, farmers will have to pay a total of only INR 701 ($10.8) for a 450-gram packet of cotton seeds.

The SJM has demanded that the government completely scrap the royalty being paid to Monsanto claiming the Bt trait was not guarding crops against pink bollworms.

"There is no legitimacy of paying any trait value to Monsanto because the technology for which it is claiming trait value is no longer effective against bollworm and this has been recognized by the government in the court as well on the basis of which it came out with seed price control order in 2016. So, how can anybody claim royalties for failed technology?" Ashwani Mahajan, national co-convener, SJM told Sputnik.

SJM has advocated state-owned production of cotton seeds, which would be much cheaper than the present price charged by the company.

"If the company has been taking the royalties, then the onus of failure also lies on the company. If farmers are incurring losses due to failed technology then it should pay for the losses to the farmers," Mahajan added.

Meanwhile, the National Seed Association of India (NSAI) has threatened to move the court against the government order.

The association claimed that it is incurring losses due to increase in input cost.