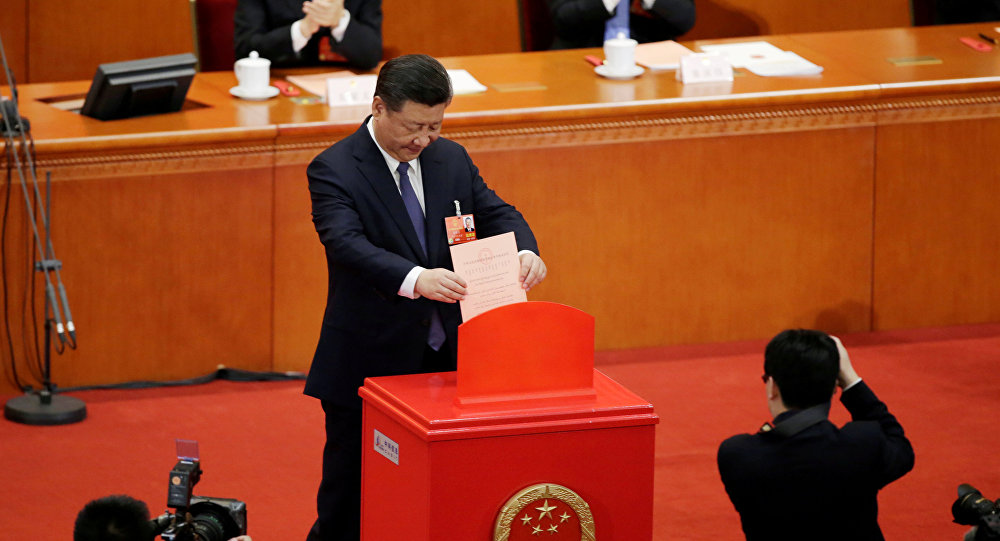 Sputnik: Did the announcement that China’s president will no longer be limited to two consecutive terms come as a surprise to you?

François Godement: Many people have been expecting it for several years; President Xi has concentrated more and more personal power, he has gotten rid of many opponents internally or potential opponents through his anti-corruption drive, something like this was bound to happen, but it's the manner in which it's happening which is surprising.

Sputnik: Could you elaborate what do you mean by the manner?

François Godement: Almost by stealth: two weeks ago on a Sunday in a byline of the News China news agency and then on page two of the People's Daily, buried in a wider article. Clearly, there's some shyness about how it's being done. However, as you can see, it has been rammed through the national assembly within two weeks and the voting is just impressive. Out of nearly 3,000 delegates, there were only two who opposed and three who abstained; that's even less than any previous constitutional change in the PRC.

Sputnik: Do you think it will bring radical changes to China or is it more of a symbolic measure?

© AP Photo / Ng Han Guan
'Chinese Dream,' or Why Second Biggest Economy Scraps Presidential Term Limit
François Godement: Symbols matter because people start thinking from symbols about their own behaviour, particularly in China, so what one can fear is that this brings even further efforts by underlings, by the bureaucracy to sort of please in advance that paramount leader and therefore to go further, especially in the direction of squashing opposition. Otherwise, no, formally he has already had the three major jobs in the PRC; he had already established his power. There are commands, which say it doesn't mean that he can do it. The fact that he can do it doesn't mean that he will do it. In fact, for the party and military jobs, there's still the so-called customary age of retirement, one believes that customs will be followed, which would still have him retiring at some point. 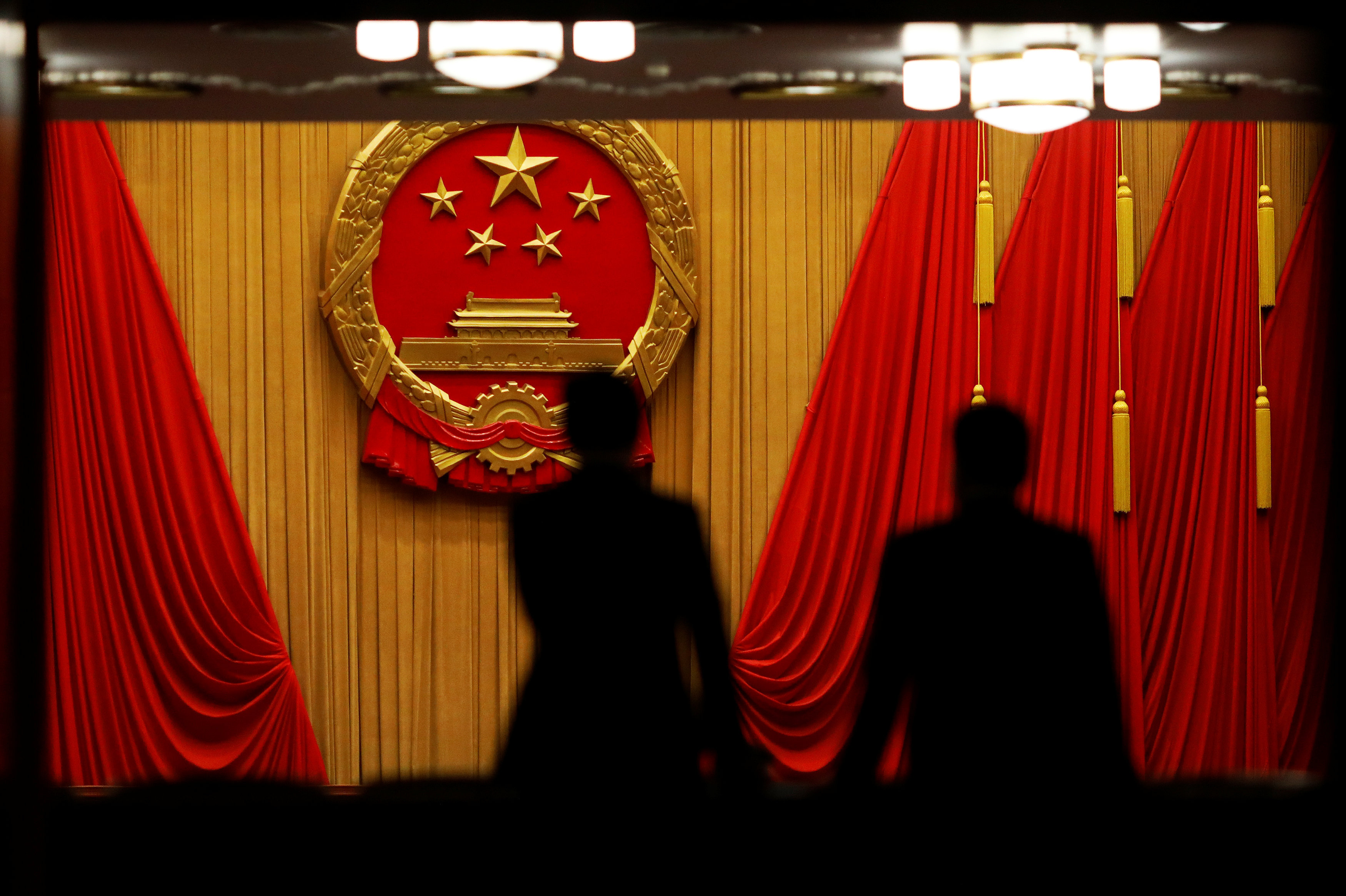 © REUTERS / Damir Sagolj
Delegates arrive to the third plenary session of the National People's Congress (NPC) at the Great Hall of the People to take a part in a vote on a constitutional amendment lifting presidential term limits, in Beijing, China March 11, 2018

Sputnik: Of course besides scrapping the Presidential term limits there are other changes as well, they are anticipating a lot of institutional changes as well do we know more about this?

François Godement: Yes, we are starting to know more with the other amendments of the National People's Congress, I will spare you the addition of Xi Jinping's theory into the Constitution, what matters much more is that the party is visibly taking the lead within the state. There never was, of course, a real separation between the party and state, but it is very clear in many areas now that it is becoming one entity, the latest example is the leadership of foreign affairs, where the state's leading foreign affairs group is going to be merged with the party's international relations department, so there is really a unification of power under the party and you might almost call it a withering of the state, but not like Marx had anticipated it, but to the benefit of the party.

READ MORE: 'China to Be at the Heart of World Development for Next Decades' — Professor

Sputnik: China remains among the world's top economies, in your opinion would Xi Jinping's indefinite rule,– if it happened,– make it even more powerful economically and politically?

François Godement: I'm not terribly sure about that, of course, democracies will not protest, relations are essential, who leads doesn't really matter at present, furthermore Xi Jinping is quite rational, the problem is about incremental change, expectations of the future. Xi Jinping's lifelong tenure comes after five years after where there've been preciously little reforms in terms of economics; all of this is working now because China has a huge economic scale, because they have a huge drive for technology and innovation, and so they are at present quite successful. But you have to wonder what will happen when the market falters, about the ability to bring about change, that is a key question.

Sputnik: Do you anticipate a strong reaction to this measure on an international scale?

© AP Photo / Andy Wong
Draft Reform of Government Agencies Submitted to China’s National Congress
François Godement: No, I don't; there are enough topics on which people have things to ask from China or things to criticize in China, but it is unavoidable, inescapable as a partner right now, and I think there's a feeling of doom among even from partners who were tempted to criticise by the notion that not much can be done that would in anyway derail this. People are sort of holding their breath and watching what happens inside China. After all, it's a very dynamic and huge society with a lot of social media, we can see right now that they are being heavily censored, but one wonders, of course, if some of the irony that we know exists among the Chinese public is likely to show up in the future.