US Afghan Operation is an 'Unwinable' War, Scholar Explains Why

Sputnik discussed this with Dr. Amalendu Misra, Senior Lecturer in Politics, Philosophy and Religion at Lancaster University in the UK.

Sputnik: The report indicates that 20 percent of the casualties was caused by aerial strikes, and the US is the only country known to carry out these attacks in Afghanistan. What is your take on Washington’s role in the conflict?

Amalendu Misra: The nature of warfare in Afghanistan has changed considerably. What we realize is that the coalition forces are afraid to go to the ground, they're afraid to put boots on the ground, so to speak, so they are fighting the war from a distance. Drone warfare, aerial bombing and so on and so forth, because as it has been realized after almost 17 years of military operations, you simply can't win the war on the ground, so if we have this increased number of casualties, it's a direct outcome of this new warfare.

Sputnik: They've switched to this warfare, because they weren't able to win on the ground as you said; how do you see this continuing?

© REUTERS / Leah Millis
New US Intelligence Report Shed Light on Possible Attacks on US, Allies
Amalendu Misra: The fact is, we're supposed to have a kind of war that will win the hearts and minds of people, and we're talking about Operation Enduring Freedom, which has turned into operation enduring suffering, from both sides of this equation. So this is not a 'winable' war, it is an 'unwinable' war. What we are trying to do, is prolonging the suffering on both sides, and the direct outcome of this particular engagement is the way the nature of the response has changed from the anti-government side, let it be Taliban or Daesh or whoever they are, in turn with insurgents, so they have turned it into urban warfare. There are two things that need to be taken into account here: [on the one hand] there's recognition that there's an asymmetry in this conflict and this asymmetry favors the coalition forces, especially the Americans, so that they can bomb from a distance, but [on the other hand] that hasn't deterred the Taliban from making high value attacks. As we have seen, they're taking the war to the power centers, to the cities, to Kabul in particular. They're not interested in numbers any more, they're interested in high value targets. If we're seeing an attack taking place at a funeral or in a hospital, or in a waiting party — that's where the nature of warfare from the Taliban side is reflected.

Sputnik: What needs to be done to counter that?

Amalendu Misra: The fact is we didn't make peace with the Taliban, and there was a window of opportunity, when the military offensive was in its initial phases, and if we had done that, perhaps that would have been a way out. As we have seen from the Soviet experience in Afghanistan from 1979 to 1989, and what we have seen from 2001 until now and counting, there has to be some degree of recognition, that we simply cannot continue with the military option, although we're seeing a kind of re-enforcement of that from President Donald Trump's administration. I don't think it's going to be beneficial in the long run, if it hasn't in the past, what's the guarantee that it is going to happen in the future? And second, we have to worry about the administration that is in place. The administration lacks the presence to run the country. As we saw from one report that was broadcast by the BBC no so long ago, almost three quarters of the country is now under the control of the Taliban in one way or another. The question that should be asked here is, how did we let that happen? And that falls directly on the head of the administration; they have failed entirely in addressing the questions on the ground, in addressing bringing about a conflict resolution mechanism with its nemesis which is the Taliban. So until we find non-military means of engagement, there's not going to be any successes militarily. 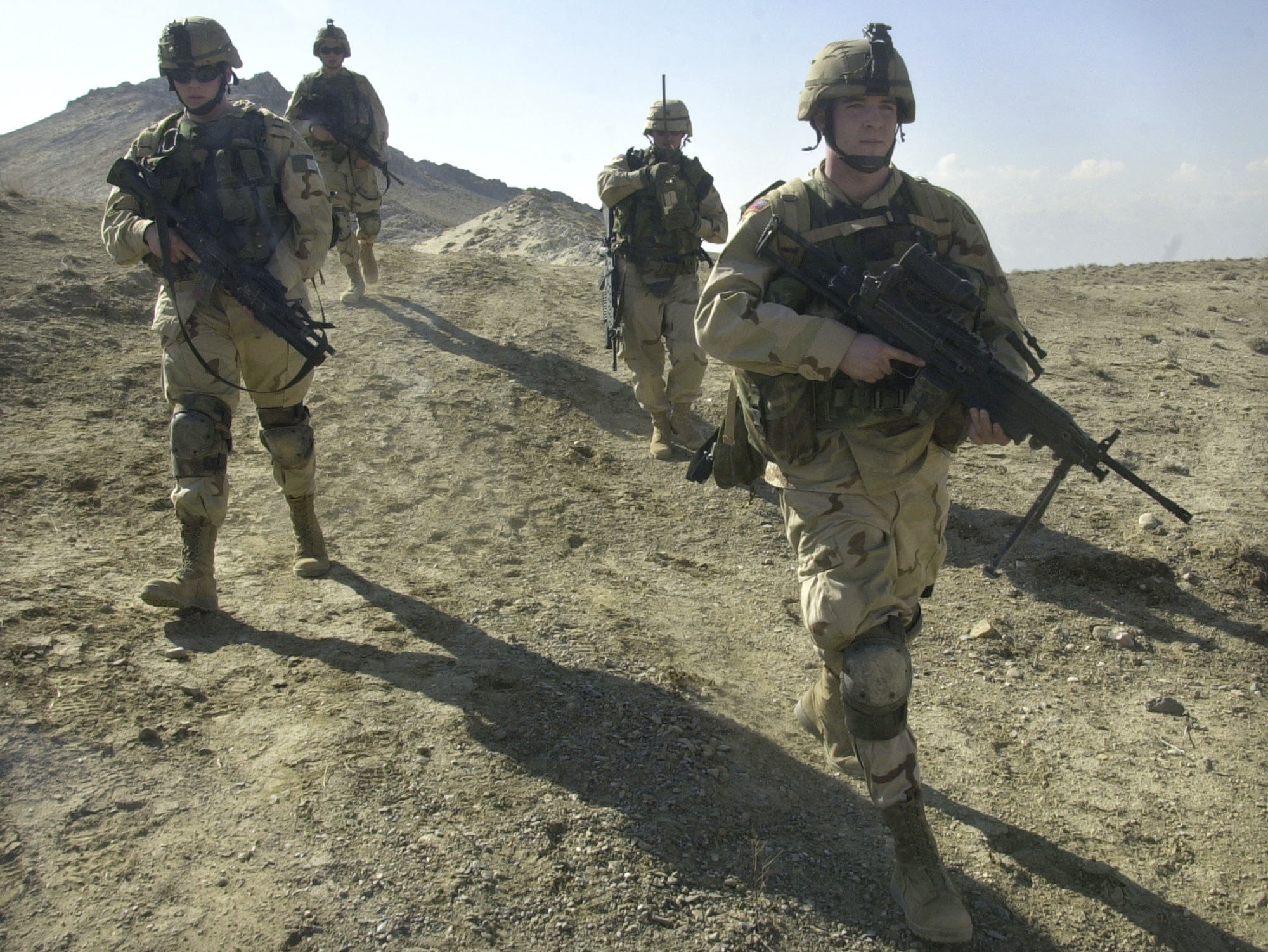 © AP Photo / Aaron Favila
U.S. soldiers patrol the perimeter of a weapons cache four miles of the US military base in Bagram, Afghanistan (File)

Amalendu Misra: It has considerably. If you see that President Obama's policy was to disengage and that was partly the result of US engagement in Iraq, and Afghanistan was sort of pushed to the back. That wasn't a good thing, because had there been the kind of continuos engagement, we would have seen some sort of credible outcome perhaps. So President Trump's administration is trying to redress this perhaps by renewing its strategies in Afghanistan and we must remember that the US has already spent $8 billion in Afghanistan. There are two things that need to be taken into account: are the American taxpayers prepared to spend another such amount over the next 10-15 years, and secondly, about boots on the ground, soldiers on the ground, who is going to provide those soldiers, if we're going to talk about continuos and longterm military engagement, and that hasn't been very clearly thought through. What we have seen are the high profile talks that are primarily about bombing them to the ground or dust, but we haven't had any clear strategy being implemented here, that doesn't go down very well with the Trump administration or with the Afghan government.

READ MORE: Karzai: US in Afghanistan Because of Rivals, No Need for So Many Bases

Sputnik: The Taliban recently published an open letter to Trump asking to start negotiations, do you think there's a probability that two parties will sit down for talks?

Amalendu Misra: The fact is, there was some kind of softening of the position from the Taliban side, but the Trump administration took a hardline approach and that has undermined any prospect for peace or any kind of reconciliation. And what we also need to realize here is, that while the Taliban have offered an olive branch, so to speak, it has said that we're not prepared to talk, we're not interested in any kind of discussion with the United States or other external military powers, so that goes on to suggest that they are preparing themselves for a long and drawn out civil war and that doesn't work very well with the prospect for peace.

The views and opinions expressed by Amalendu Misra are those of the speaker and do not necessarily reflect those of Sputnik.