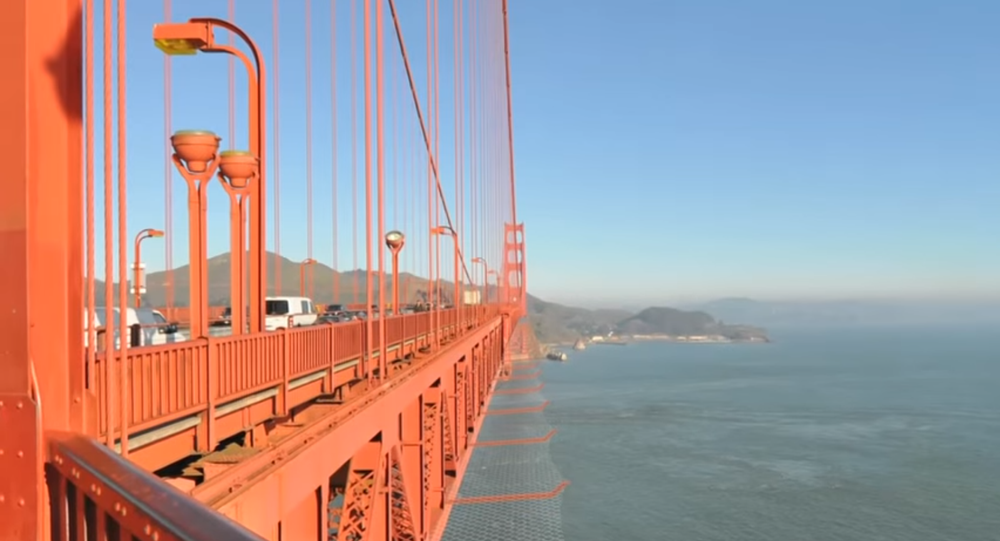 The White House has unveiled their much-touted $1.5 trillion infrastructure redevelopment plan, meant to improve American roads, bridges and waterways, among other things.

Eugene Puryear and Sean Blackmon of Radio Sputnik's By Any Means Necessary were joined by Casey Dinges, the senior managing director of public affairs at the American Society of Civil Engineers (ASCE), to discuss the plan and the challenges it would face. Puryear asked if $1.5 trillion, the most commonly floated figure for White House investment into infrastructure, would be enough to repair the nation's long-neglected transit and public sanitation networks.

​"That would certainly be a good start if it were to work as envisioned," said Dinges. Though people are still trying to understand the plan and how it will function, "we've identified to our report card a number of studies done on the nation's infrastructure. We're looking at a 10-year gap as a nation of $2 trillion — so roughly $200 billion a year — or just 1 percentage point of GDP. That would be needed: our grade average is about a D+ when we look at infrastructure across 16 categories; we want to get it up to a B."

Dinges refers to the ASCE's annual report card, which gave US infrastructure in 2017 a D+ across 16 metrics: aviation, bridges, dams, drinking water, energy, hazardous waste, inland waterways, levees, ports, public parks, rails (the highest graded metric with a B), roads, schools, solid waste, transit (which was the lowest graded metric with a D-) and wastewater.

"So if the president's talking $1.5 trillion over 10 years, and we're identifying an unmet need of $2 trillion, we're still missing the mark, but we're getting three-quarters of the way there. Sometimes in Washington, three-quarters of a loaf is sufficient for reaching agreement and moving forward. We would like to see it get up closer to the $2 trillion mark, but certainly you know this is a good opening move to get the ball rolling."

Puryear asked how confident Dinges was that the private sector would be receptive to the government contracts being offered to improve infrastructure spending. Dinges thought there would be interest — provided the firms saw a healthy profit in it.

"There's a lot of cash sitting on the sidelines looking for a good investment to get into, but that's the key thing: is it a good investment or not? Is there a rate of return? If you're a private investor, you're probably looking at 5 or 10 percent — that would be something in terms of return that would get your interest. Certainly infrastructure projects in densely populated areas — toll roads, bridges, things where you have the volume to support a user fee that would have to be in place to pay off those private investors over the course of 25, 50, or even 100 years in some of these arrangements."

"Public-private partnerships have been more aggressively pursued in other parts of the world: Europe, parts of Asia and Australia have done more of it than the United States. We have about 36 states in the US now where you're authorized to pursue public-private partnerships, so that still leaves 14 states in the US that don't even have authorizing legislation that would permit that."

"Overall I think you're going to see more public private partnerships in the United States going forward, but it's not enough to fill in the entire infrastructure gap," said Dinges.

However, Dinges remained optimistic about the infrastructure project since it has attracted significant support from both sides of the aisle in an era when political divisions run deep and bitter. "The public support is there," he said. "This has always been a bipartisan issue. [Former President Dwight D.] Eisenhower, a Republican, was the president that built the interstate highway system, and Republicans have supported a federal gas tax even during the Ronald Reagan presidency. Hopefully this can remain a bipartisan issue because truly it is a it is a national issue that we all benefit from in terms of public safety and our economy."

"Let me point out to people that the current state of play with infrastructure is causing an economic drag that affects every family in this country. The average family in this country is losing over $3,000 a year because of wasted gasoline and lost time sitting in traffic. In this region [the Washington, DC, metro area], the lost time is over 42 hours a year. That's like a week's vacation that's lost because of sitting in traffic. We're already paying a steep economic price for having not invested."