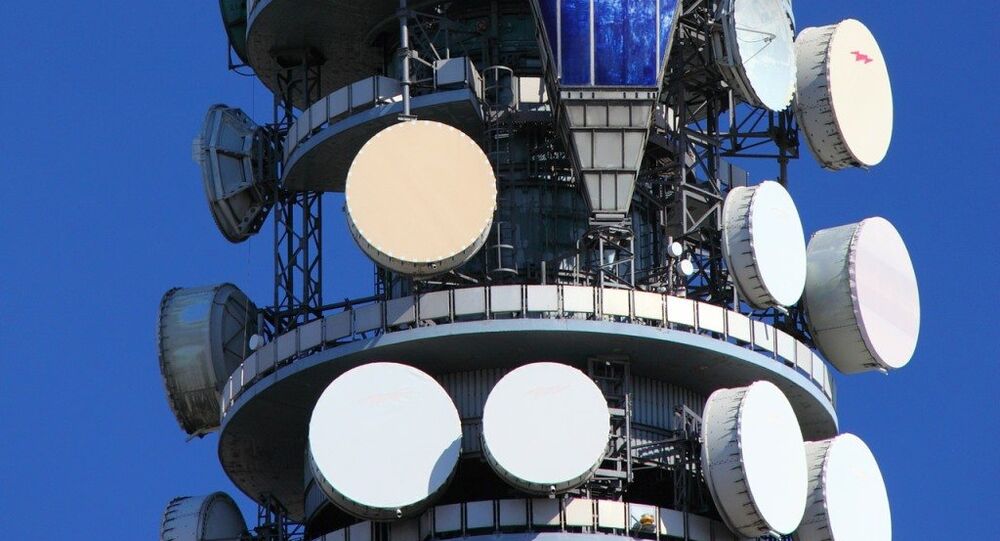 The reported US National Security Council memo proposing the creation of a nationalized 5G cell network to counter the alleged "cyber threat" posed by Chinese telecom equipment has sparked a backlash from some corporations and denials from Beijing. Edison Lee, a telecom- researcher at Jeffries LLC, told Sputnik about the proposal's pros and cons.

Sputnik: How likely is it that the US will create such a network? How effective would it be?

Edison Lee: I think the reason why [the reports are] shocking to a lot of people is that the US is a heavily market-oriented economy, so in order for the government to take on the responsibility of building a telecommunications network is probably a very big surprise to a lot of people.

But I also think that the fact that the telecom equipment industry globally has consolidated hugely over the past ten years, and that right now there are only four major telecomm equipment makers left, including China's Huawei and ZTE, as well as Europe's Nokia and Ericsson — I think this also gives the US government some nervousness that if they leave the decision to the private operators, the latter may eventually start using Chinese equipment, because they represent great value for money, and are very technologically up to standard.

© Sputnik / Yakov Andreev
National Security Council Idea to Nationalize US 5G Network Sparks Huge Backlash
I think that the key issue here is that if the US government is really concerned about the security of the equipment that they're going to use, then the only way for them to do it is for the government to examine every piece of equipment that will be used to build a 5G network; I think that is way too much work for them to supervise if there are five or six operators building a network.

That's why I think that from a national security standpoint, if that's the biggest concern they have, and they really want to achieve security, then I can imagine why they're thinking about that option.

Sputnik: Critics have called the measure a 'takeover' of part of the nation's mobile network by the Trump administration, and some industry players are also very upset by this, crying that this is not a free economy and not a free market.

Edison Lee: Number one, there has not been any proven evidence that Chinese equipment actually has spyware…or at least personally I haven't actually seen any of that evidence. It has been claimed by the US government and different people, but there is no concrete evidence that proves that that is the case.

Number two is that private operators in the US have spent billions and billions of dollars over the past five to ten years buying spectrum [bands] from the government, and when they bought the spectrum, there was no technology standard attached to it; there were no technology restrictions attached [In the event of a nationalized 5G network…private operators who spent billions buying spectrum would not be able to maximize profits on the spectrum they just bought, so why would they have spent those billions of dollars? I think that's going to attract a huge number of lawsuits against the US government.

© CC0
Super-Fast 5G Internet Enters Europe Starting From This Country
I also think that consumers will have a lot of doubt about this proposal, because US consumers are very concerned about privacy, so if the network is being built by the government, does this mean that it will be monitored by the government 100% of the time? That's why I think consumers will be unlikely to like this idea.

There is a compromise solution. For example, there are some governments around the world that [create] their own network only for government traffic; that is a private network used only by the government, either on a daily basis, or on an emergency basis. That is definitely possible.

Sputnik: This move has obviously drawn criticism from China. Do you think it will have an impact on Washington's relations with Beijing?

Edison Lee: The National Security Council's proposal is part of the Trump administration's attitude toward the overall trade and political relationship with China, and if you look at Trump's campaign promises, one of them is 'America First'. They want to protect America's interests, and I think trade conflict with China is at the top of the agenda in terms of putting America first, and creating jobs in America. So in my view, this is not a standalone issue, but part and parcel of Trump's overall trade policy and how they are going to fight with China on the trade issue.

On Monday, the Axios news outlet reported that the Trump administration was thinking about creating a nationalized 5G mobile network within three years to guard against the alleged cyber threat posed by China. US telecom providers and lawmakers slammed the idea. Beijing, meanwhile, stressed that China forbids "any form of cyber-attacks," adding that it was opposed to what it called the "militarization of the internet." The White House has been mum on the initiative, admitting only that the idea remains in the "earliest stages of the conversation."

The views and opinions expressed by Edison Lee are those of the analyst and do not necessarily reflect those of Sputnik.