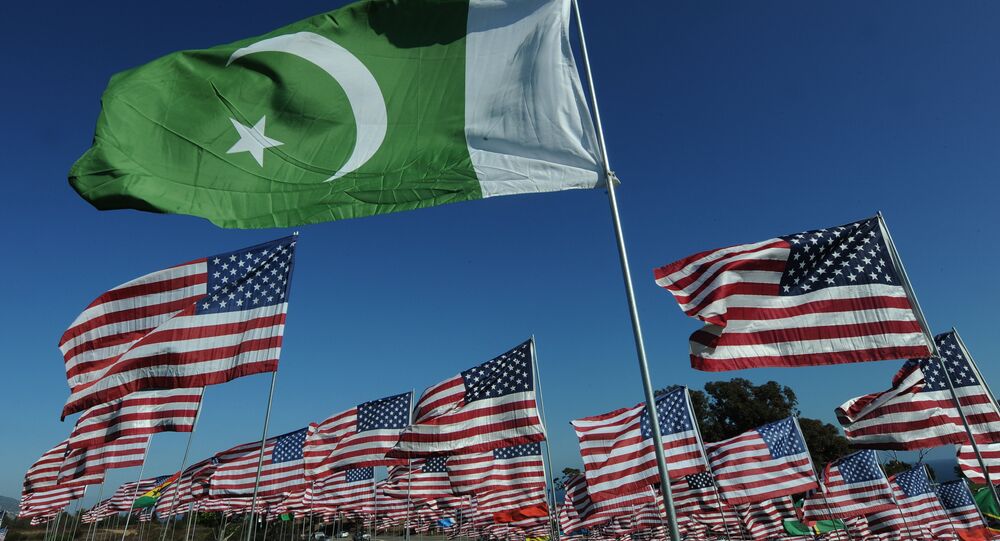 The well-known US Senator from Kentucky, Rand Paul, has introduced legislation into the Senate calling for an end to $2 billion in aid to Pakistan. Sputnik spoke to Ashok Swain, a professor of Peace and Conflict Research at Uppsala University, to find out why, and what the consequences could be.

Sputnik: Government officials in Washington – including the president himself – have spoken, especially recently, about how cutting aid to Pakistan is in the US’ national security interests, but how so exactly?

Ashok Swain: I think what is going on in US politics shows that no such thinking process behind all of these sorts of utterances. Of course, Trump tweeted at the start of the month and then senator Rand Paul, he also brought out another tweet that Trump supported, and now the senator has brought a motion in the Senate to cancel aid to Pakistan and to use that aid for the infrastructural development of the United States. I think this idea that Pakistanis are burning the American flag are not using the aid and not helping the United States and didn’t help to find Bin Laden; these are all right-wing propaganda, which don’t really look carefully at what the problem is, and I think it just explains the whole mind-set and political immaturity which exists in American politics right now.

US-Pakistan Split: Whither Afghanistan?
Sputnik: But is there not pretty substantial scholarly and journalistic evidence – supported by declassified government documents – which shows that the Pakistani government and intelligence services have been supporting various terrorist groups before and after 9/11?

© AFP 2021 / Farooq NAEEM
Pakistan Should Back New US Strategy in Region - Afghan Chief Executive Office
Sputnik: And finally, what could be the regional security fallout if this aid funding ends up getting cut?

Ashok Swain: First of all, I doubt the funding will be cut. However I think the process itself would create a lot of challenges in the region, particularly because US control or influence in Pakistan, which was trying to create certain kind of balance in the south Asia region, or the larger south Asia region if we bring Afghanistan into it [would decrease]. If the Americans decide to withdraw [the aid], or even the process itself, will bring Pakistan much closer to China, which is already close, but it will cement the relationship. Pakistan’s relationship will also be much improved with Russia. But the real challenge will be the Pakistan-China axis and that will not be good for India, for the United States, nor good for Afghanistan.

The views and opinions expressed by Ashok Swain are those of the speaker and do not necessarily reflect those of Sputnik.