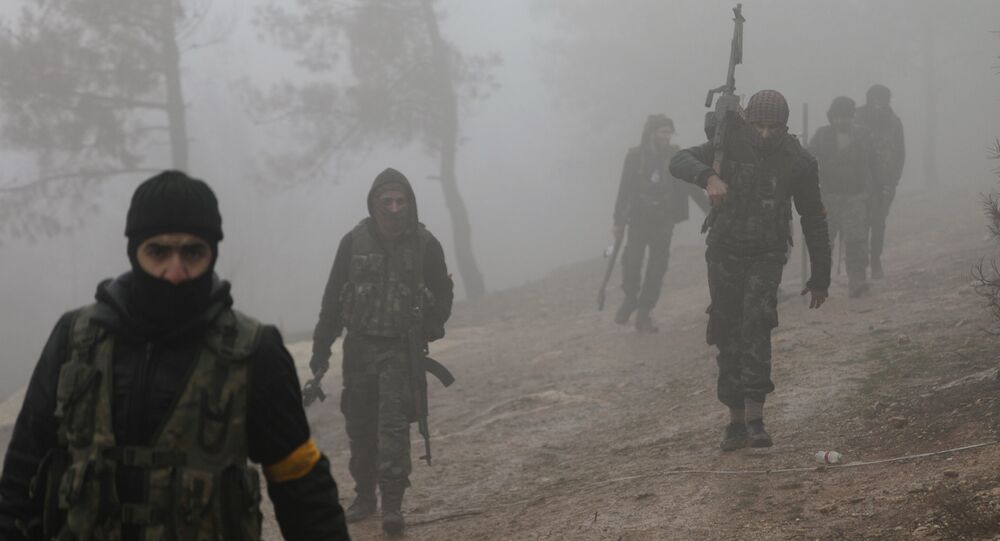 While Paris criticizes Ankara’s military campaign in the northwestern region of Syria and seeks to take action against it within the UN framework, it remains to be seen how this initiative will affect relations between Turkey and Europe as a whole.

France’s initiative to hold a UN Security Council meeting on the ongoing Turkish military operation in Afrin, Syria, has put a strain on relations between Paris and Ankara, with Turkish Foreign Minister Mevlut Cavusoglu even likening the move to openly supporting terrorists.

© AP Photo / Emrah Gurel
Erdogan: Turkey Will 'Thwart Games' Along Borders Starting From Manbij, Syria
Turkish security expert Can Unver told Sputnik Turkiye that even though “today France looks like it does not have a military presence in the region and does not openly interfere in the Syrian issue”, it’s worth remembering that after the end of World War I Paris played a key role in the Middle Eastern mandate system.

"I believe that by calling to discuss the operation in Afrin at the UNSC, France seeks to make a statement about its right to participate in the Syrian conflict resolution. And I think that the most important thing in the current situation is the fact that European countries appear resolute in their intent not to refrain from playing the “Kurdish card," he explained.

Unver also sharply criticized a statement made by EU top diplomat Federica Mogherini who urged to ensure the delivery of humanitarian aid to civilians in Afrin and said that the strategic military operations in the region should be focused against Daesh (ISIL/ISIS).

"She says she’s extremely concerned and points out that YPG units ‘fight against Daesh,’ while it is Turkey that actually fights against Daesh. We received information about YPG allowing Daesh terrorists to safely leave Raqqa, and about YPG freeing the imprisoned Daesh terrorists on condition that they will fight against Turkey. The Turkish military operation in Afrin worries the Western world because Turkey displayed its intent to thwart all attempts to create a Kurdish corridor in the region," the expert declared.

READ MORE: US Threatens to Cut Aid to Kurdish Units That Go Against Turkey in Afrin

According to Unver, Europe keeps acting "like it’s still the 19th century," apparently regarding Turkey as the Ottoman Empire rather than a NATO ally.

"By acting this way, the Western countries jeopardize the future of relations between Turkey and the EU. The support of terrorist groups they exhibit is defined by the politics of imperialist forces, and the concerns about the Russian-Turkish cooperation displayed by the West play an important role in this process," he claimed.

Turkish political analyst Sezgin Mercan also added that the difference of opinion between the EU and Turkey had actually emerged some time ago and is primarily related to "matters related of the fight against terrorism and to the definition of ‘terrorist groups.’"

"The West is concerned about a possible humanitarian crisis in Syria’s north, but Turkey is the country that made the biggest effort to help resolve the Syrian refugee issue. Despite that, as soon as Turkey begins an operation on the other side of the border (with Syria), the Western countries immediately become concerned about the need to keep this operation limited," Mercan remarked.

Ankara’s offensive against the Kurdish forces in Afrin, northwest Syria, was launched on Saturday, January 20.

Code-named Operation Olive Branch, the campaign has resulted in dozens of air and artillery strikes being carried out against positions of Kurdish-led Syrian Democratic Forces (SDF), with some 6,400 Turkish troops and thousands of Turkish-backed Free Syrian Army (FSA) militia participating in ground operations.

The views and opinions expressed by Can Unver and Sezgin Mercan are those of the speakers and do not necessarily reflect those of Sputnik.