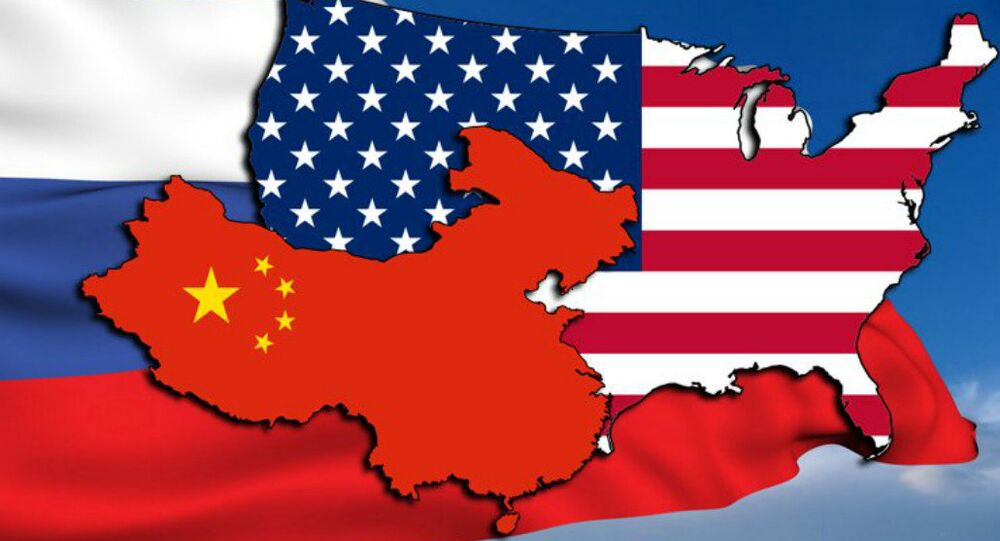 WASHINGTON (Sputnik) - The new US National Defense Strategy targets Russia and China according to Defense Secretary James Mattis, but it is based on the false assumption that those nations have such capabilities, former CIA case officer Philip Giraldi told Sputnik.

Mattis said the US was facing growing threats from different revisionist powers, including Russia and China. He claimed that Moscow aimed to shatter NATO, change European and Middle East security in its favor, while China was using "predatory economics to intimidate its neighbors.

However, Giraldi, who was also a former US Army intelligence officer, said there was no evidence to support the National Defense Strategy’s threat assessment.

"There is zero evidence that Russia and China actually threaten the United States or are even thinking that way," he said on Friday.

© REUTERS / Yuri Gripas
Mattis Unveils New US Defense Strategy: Work With Diplomats or Deal With Military
The strategy was misguided and failed to recognize that arming for war increased the likelihood that it could break out through fear or miscalculation, Giraldi warned.

"If you actively prepare for war, you will probably wind up having one through miscalculation or mischance, or just because you have all those nice weapons lying around," he said.

In addition, the US strategic reliance on huge alliances to invade and restructure other nations had also proved a failure, Giraldi pointed out.

"Coalitions have been tried in Afghanistan, Iraq and Syria but they have not worked because there is no overall strategy to improve the situations in those places, to define victory and to know when it is time to exit," he said.

The new doctrine was also alarming in its increased readiness to use nuclear weapons, Giraldi cautioned.

"The most scary thing [about the document] is the acknowledgement that the US is prepared to use nuclear weapons in situations where the other side is not nuclear armed," he said.

© REUTERS / Joshua Roberts
Chinese Academic: US Security Strategy Rhetoric Evokes Memories of Cold War Era
Plans to use US nuclear weapons against other nations that did not have them went back at least 15 years to the George W. Bush administration, Giraldi recalled.

"This goes back to [then-Vice President] Dick Cheney in 2003 when it was mooted that a war with Iran might be in the offing and the Pentagon drew up a plan to use nukes on the Iranians if they resisted too hard and didn't surrender expeditiously," he said.

The new document was fundamentally misnamed as it was a blueprint for US aggression rather than a plan to defend the country, Giraldi concluded.

"Excuse me, but you have a National Defense Strategy to protect the country from attack, not to intimidate competitors," he said.

New US Defense Strategy: Work With Diplomats or Deal With Military