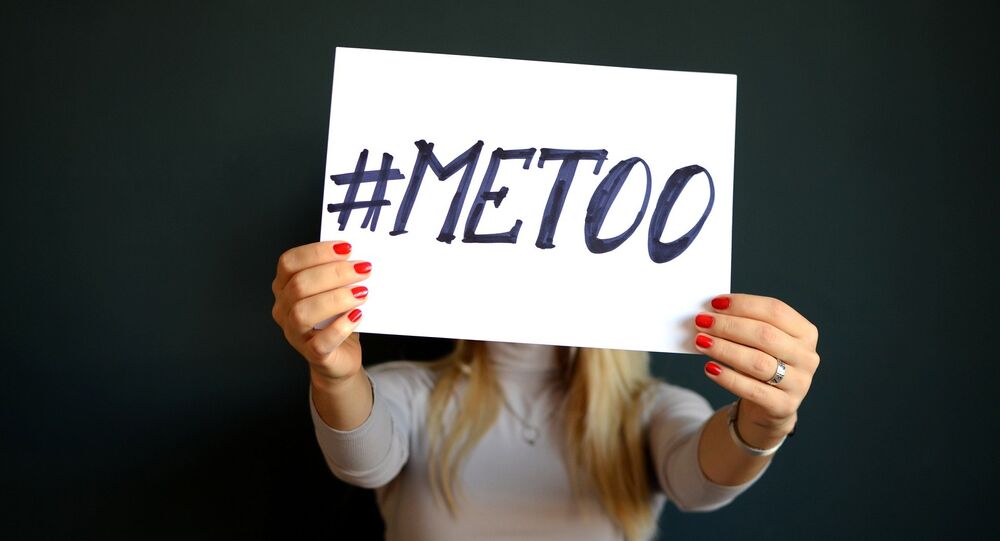 Most recently, the French movie star Catherine Deneuve has made vocal her apology to sex assault victims who got offended after the actress slammed the #MeToo movement. Sputnik discussed the harmful side of the activist group with Dr Joanna Williams, academic and author of Women Versus Feminism: Why we all need liberating from the Gender Wars.

Dr Joanna Williams: The first problem [with the #MeToo campaign] is that it blurs all kinds of behaviors some of which are incredible serious – some of the accusations against Harvey Weinstein for instance. You know, these are very serious accusations of sexual assault, of sexual abuse and they need to be treated very seriously, they need to be taken to courts of law, people need to be put in prison, essentially if found guilty for carrying out these crimes.

The problem with #MeToo is that it takes these serious crimes and it blurs them with a whole host of behaviors which are less criminal. For example, the classic example is knee touching, clumsy flirtation, unwanted kisses – these are not the same criminal acts. That’s the first problem, in blurring of these behaviors together it actually trivializes rape, trivializes some of the most serious crimes.

The second problem is that it presents women, all women as passive, as victims, as being unable to enjoy sex on their own time, as wanting to go out and kiss a man, to have sex. This presents women as passive, as victims who have bad things done to them and who are incapable of just standing up and walking out of a restaurant or a house and saying: "No, I don’t want to do this, I don’t want you to touch my knee, I don’t want to have sex with you."

I think it blurs all kinds of behavior, it presents all women as victims and the demand that we should believe unquestioningly women who come forward with #MeToo allegations actually flies in the face of legal process. It suggests that we don’t need to have trials and courts of law, we don’t need juries, we don’t need evidence. We can accuse men just by trial by media.

That to write something in the newspaper about a man is enough to find that man guilty for him to lose his job. I think that sets a very dangerous precedent, because it suggests that women should be held to a lower legal standard than men. And finally, I am not surprised that men are worried about this campaign, although I think it’s far more problematic for women.

I think it does problematize flirtation, because what we are being told is the problem is the unwanted kiss, the unwanted hand on a knee. But the problem is that you can never ever know if the kiss is unwanted or a hand on a knee is unwelcome unless somebody makes that first move, unless somebody attempts to kiss, you can’t know that that kiss is unwanted. So, I think it does outlaw flirtation and it calls into question all kinds of legal precedents that have been set in place for many, many years.

Sputnik: Those who speak out against #MeToo are facing a backlash from critics, feminists and so on. How does this impact free speech? What consequences could this have for feminism?

Dr Joanna Williams: As soon as anybody does speak out against the MeToo movement, they face this huge tide of criticism on media, controversy, on social media. It really, it seems to me, exposes a lie in feminism. Feminism likes to say that it’s all about a sisterhood of women sticking together.

#MeToo When a revolution starts going after people just for speaking the wrong words and thinking the wrong thoughts, it's not a revolution. It's a regime. Real feminists actually DO something, not just jackbooting around insulting people and inciting hate. #MeTooIsNotAnExcuse.

Actually, what we discover, it is about a sisterhood of women sticking together as long as you toe the line, as long as you only ever say things that feminists approve of. As soon as you step outside of that line, then you are condemned, criticized and thrown out of the feminist camp.

The views and opinions expressed by Dr Joanna Williams are those of the speaker and do not necessarily reflect Sputnik's position.