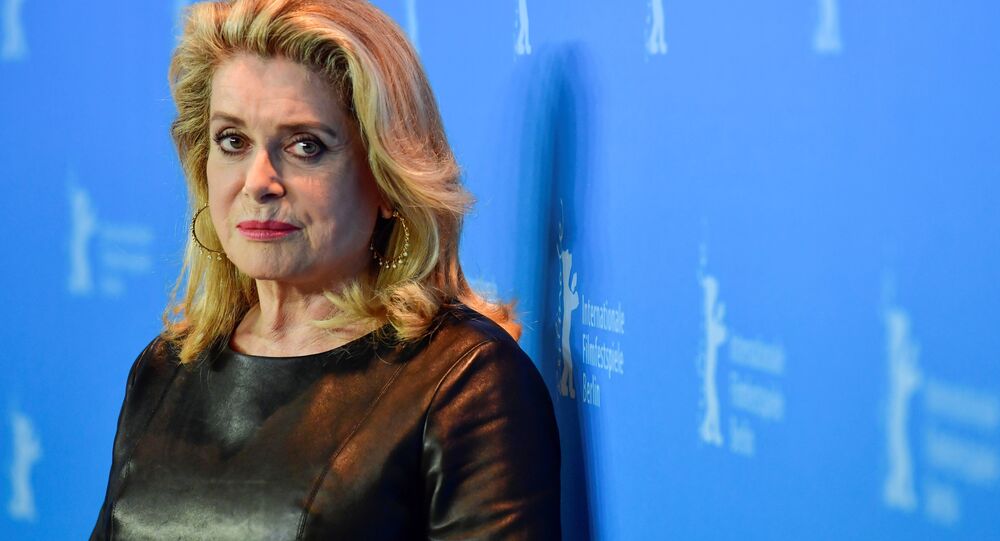 'Worse Than Spitting in the Face': Deneuve Apologizes to Sex Assault Victims

A legendary French movie star issued an apology to women who became victims of sex assaults and who took offense with the letter critical of the #MeToo campaign that she signed along with some 100 others.

In a letter published by French newspaper Liberation, Catherine Deneuve explained that while she did sign an open letter that decries #MeToo, she does not necessarily support the opinion of its other signatories.

"Yes, I signed that petition, however, it seems absolutely necessary today to underline my disagreement with the way certain signatories have individually assumed the right to expand upon it in the media, distorting the spirit of the text. Saying on a TV channel that you can enjoy during a rape is worse than spitting in the face of all those who have suffered this crime," Deneuve wrote, apparently referring to one of the signatories, former pornographic actress Brigitte Lahaie who said earlier during a talk show that a woman can actually enjoy being raped.

The movie star however pointed out that she does not distance herself from the message conveyed by the letter she previously signed.

Catherine Deneuve has exposed the truth about modern radical feminists: they believe in a woman's right to say/do whatever she wants — until a woman says something they don't agree with.
Then she must be destroyed.

© CC0
'Feminists Want Contract Before Sex' - French Writer Stands Against #MeToo
"Yes, I like freedom. I do not like this characteristic of our time where everyone feels the right to judge, to arbitrate, to condemn. A time when simple denunciations on social networks generate punishment, resignation, and sometimes and often media lynching," she remarked.

Deneuve added that one of the reasons she signed that letter was what she described as "the danger of cleanings in the arts."

"Will we burn Sade in Pleiades? Designate Leonardo da Vinci as a pedophile artist and erase his paintings? Unhook Gauguin from museums? Destroy Egon Schiele's drawings? Prohibit Phil Spector's records? This climate of censorship leaves me speechless and worried about the future of our societies," the actress explained.

Earlier a group of 100 French women including Deneuve signed an open letter published by Le Monde, defending men’s right to flirt with women as "indispensable for sexual freedom" and calling out the #MeToo campaign for promoting "puritanism."

Another famous French actress and model, Laetitia Casta, also took a dim view of #MeToo, arguing that that “hatred of men” promoted by the campaign is not helpful.