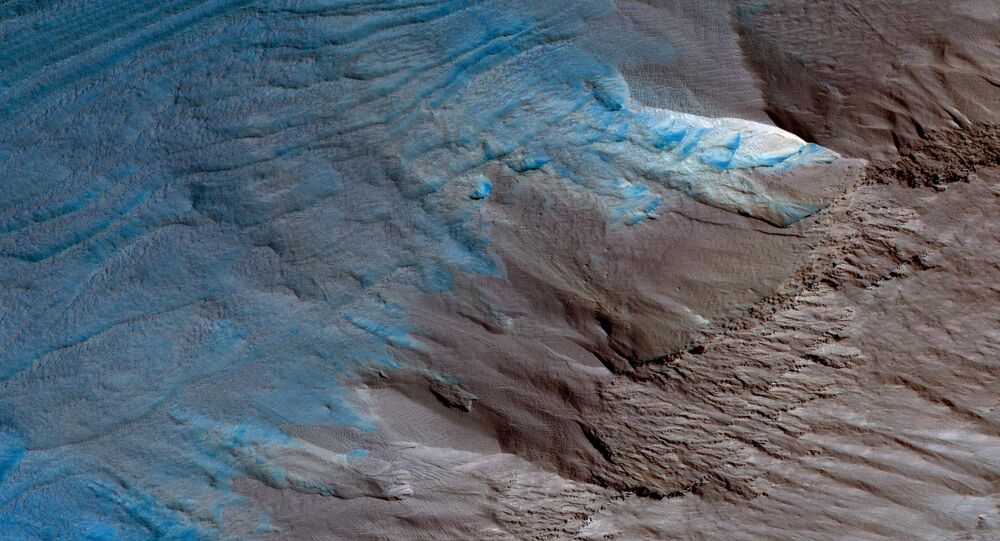 Without Greenhouse Effect, 'Temperature on Earth Would Be -30°C' – Scientist

If someday people are able to release the huge amounts of water that might still be hidden inside Martian rock, human colonization of the Red Planet could look way more plausible than it does now, professor Jim McElwaine, a researcher at Durham University in Britain, said in an interview with Radio Sputnik.

According to researchers from Oxford University, Mars had become uninhabitable after its surface water soaked up into the planet’s crust nearly 3 billion years ago.

They have also found that rocks on Mars were able to hold 25 percent more water than those on Earth.

When asked if this study would help make the Red Planet more habitable for humans and whether carbon emissions, which create different temperatures on Earth, could be useful on Mars, Jim McElwaine said that there are huge amounts of water in Martian rock.

“So if you have enough energy you could get a lot of this water out […] but that’s a complex engineering question. [As for] carbon emissions, they are useful on Earth, because if we didn’t have the greenhouse effect in the atmosphere, the average temperature on Earth would be minus 20 or minus 30 [degrees Celsius],” he noted.

Dr. McElwaine added that the average temperature on Mars is about minus 150 degrees Celsius.

© NASA . JPL-Caltech/MSSS
Bad Choice for a Holiday: Scientists Reveal 'What Really Doomed Life on Mars'
Speaking about the prospects of colonizing Mars, he said that this depends on how much money people want to spend on this.

“Right now it is very difficult to do something on the Martian surface that would survive. And again, it is probably possible, but it would require some huge fraction of the human resources, that’s why it may not be a number one priority now,” Dr. McElwaine said.

Previous studies discovered unusual structures on the Red Planet’s surface, suggesting that small life- forms may have once existed on Mars.