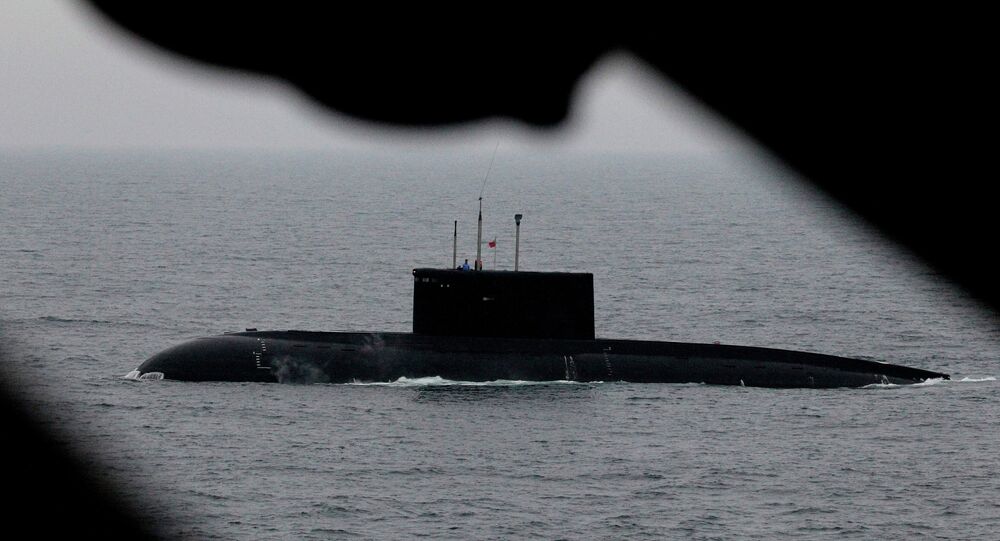 The renewed fear mongering campaign in the media about a supposed “Russian threat” to the world’s undersea cables is really just a cover for expanding the US and NATO’s naval presence all along the Afro-Eurasian coastland in order to monitor China’s maritime Silk Road trade routes and enter into a future position for subverting them.

Air Chief Marshal Sir Stuart Peach, the chief of the UK’s defense staff and thus the country’s highest-ranking military figure, called for NATO to protect the world’s crisscrossing undersea cable system from what he claimed is an ever-present ‘Russian threat’. The scenario of Russian submarines destroying some of the delicate infrastructure on the ocean floor has periodically come up before, but this time the scenario is being revived with a previously unseen vigor. Officials have pointed to the dependency of our 21st century civilization on modern-day communication technologies to warn the public about just how destabilizing of an event it would be if these systems were disrupted, drawing attention to the mind-boggling fact that 97% of global communications and roughly $10 trillion in daily financial transactions are transmitted through these cables.

Coupled with the West’s never-ending fear mongering about Russia, it’s easy for “deep state” and media representatives alike to dupe the public into believing that President Putin is always just moments away from giving the signal for these submarine cables to be cut, thus throwing civilization into chaos and totally changing the daily way of life for billions of people. Russia is being deliberately misportrayed as a threatening menace in this context so as to justify the deployment of additional US and NATO naval forces all across the world in order to supposedly protect the over 545,000 miles of cables laid underneath the ocean. It’s convenient, cost-effective, and “convincing” in today’s information environment for the West to promote this narrative, but what they’re not telling their intended audiences is that it’s impossible to ever fully secure a network of cables that’s long enough to circle the Earth almost 22 times.

© Photo : Oleg Igoshin
SUSU Development Will Enhance Reliability of Cable Lines in Urban Networks
There simply aren’t enough sensors to detect incoming attacks before they happen nor naval surface units to respond to them, so this raises the obvious question of why the US and its allies want their respective publics to support what will likely end up being the presented “solution” of more naval investments and joint patrols along every continent’s coast. The answer has nothing to do with Russia but everything to do with China, since it’s Beijing and not Moscow which has a worldwide maritime reach at this moment. China’s One Belt One Road (OBOR) global vision of New Silk Road connectivity crucially includes a maritime component that’s largely concentrated on the Afro-Indian Ocean, which is the author’s more geo-culturally accurate term for what is usually referred to simply as the “Indian Ocean.”

It’s a fundamental pillar of American grand strategy in the 21st century for the US to deepen its naval presence in this body of water, with the intent being to monitor China’s maritime Silk Road trade routes and potentially enter into a position of being able to disrupt, control, or influence them sometime in the future. The mid-2000s Somalian Pirate Crisis (which wasn’t truly at all like the media presented it) served the purpose of proving to the West that a supposed threat to multilateral interests on the global waterways is enough to “justify” the deployment of naval forces to the given area of concern. The anti-Russian submarine cable scare goes far beyond that, however, by expanding the scope of potential operations from a single but strategic body of water such as the Gulf of Aden to the entire ocean, and particularly the area close to each continent’s coasts and thus every countries’ Exclusive Economic Zone.

© Sputnik / Svetlana Mayorova
Russia, China to Build First Cross-Border Passenger Cableway Next Year
Seeing as how OBOR’s maritime manifestation focuses more on Afro-Eurasia than the Americas, it makes sense why the US will probably try to expand the immediate area of its forecasted operations in the Euro-Atlantic to include the Afro-Indian Ocean and eventually the contentious South China Sea as well. Whether forever relying on the ruse of an invented ‘Russian threat’ or eventually coming clean with time and finding a way to openly make this all about China, the West will nonetheless exploit the fear-mongering over submarine cables to “justify” the expansion of their naval assets into Eastern waters so as to surveil and possibly one day even subvert the maritime portion of China’s Silk Road. Russia’s just the bogeyman of the moment, but make no mistake about it – this has always been, and will always be, about “containing China.”