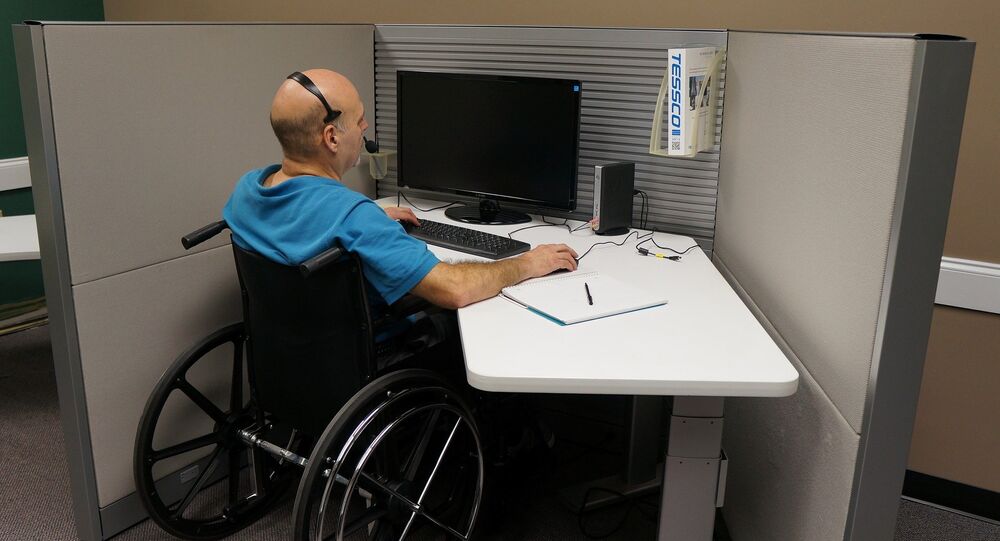 Charities have vented their fury over remarks made by the UK Chancellor suggesting Britain's sluggish productivity is down to more disabled people being in the workforce.

Philip Hammond said during a Treasury Select Committee hearing December 6 low economic productivity levels were partly due to an increase of disabled people in the workforce — comments described as "derogatory, crass, damaging and contradictory," which he was urged to withdraw.

Philip Hammond has just told a Commons committee that "very high levels" of disabled people being in jobs is in part responsible for the UK's plummeting productivity. Wow.

"The comparatively low level of productivity in the UK is a longstanding economic issue. Scapegoating disabled people for this is ludicrous. The reality, based on the government's own figures, is more disabled people are leaving the workforce than entering it — and they continue to be side-lined from employment opportunities at an alarming rate," Mr. Heslop told Sputnik.

Hammond's remarks "fundamentally undermine the government's policy to get more disabled people into work and the ambition set out by the prime minister just a week ago," she said in a statement to Sputnik.

Here's why the Chancellor’s comments on disabled people and productivity are damaging and inaccurate: https://t.co/2CuDNG55Y2 #ThursdayThoughts pic.twitter.com/aUqWljTRq0

"To make claims about 12 million people in the UK and not show evidence is unacceptable. The employment rate for people with learning disability is just 5.8 percent and getting lower. For Philip Hammond to say something like this with no evidence is only going to make this worse. Helping people with a disability into employment will not only be good for the economy but for the future of our country," he told Sputnik.

Calls for Hammond's resignation have been voiced by a UK political commentator. In an interview with Sputnik, Peter Stefanovic, a journalist and filmmaker, said the Chancellor should quit for making "malicious comments" on top of UK government "forcing disabled people to pay for years of failed austerity."

"Let's not forget a United Nations Committee said earlier this year Government welfare cuts have created a human catastrophe for disabled people in the UK! A human catastrophe!​ The UN committee on the rights of persons with disabilities said the Government's totally neglected disabled people and if that wasn't bad enough they've also accused officials of deliberately misleading the public about it by refusing to answer simple questions and using statistics in an unclear way," he told Sputnik.

​Adam Garrie, managing editor of The Duran, described the remarks as part of the UK government's trend of "crossing lines."

"There are so many lines this government have crossed at this point, it is really about the aggregate effect finally sinking in among a public who cannot take it anymore. It's as though every minister in this government wears their heartlessness on their sleeves," he told Sputnik.