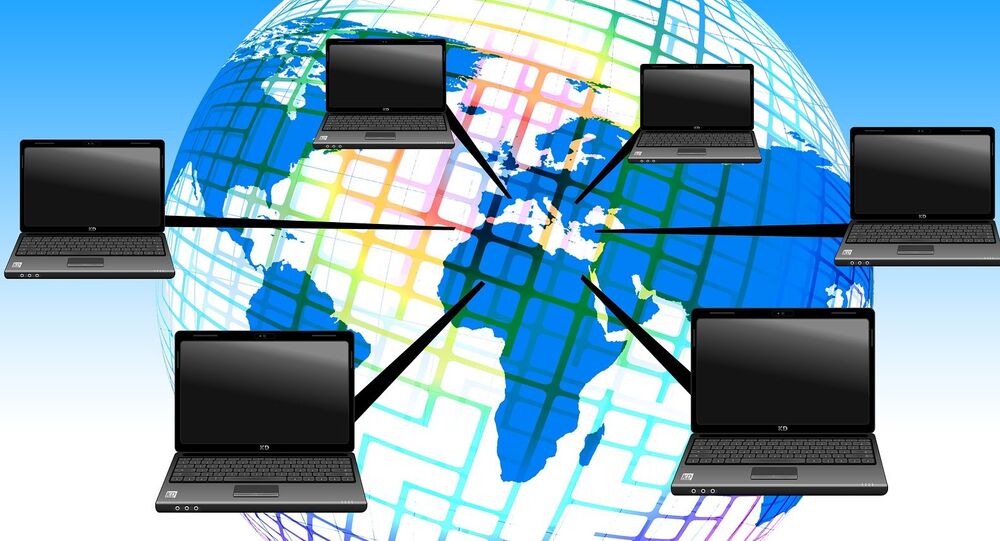 Because of nation-wide fighting in Syria for the past few years, journalists have had little access to the country. As a result, unofficial networks and sources have played a large role in relaying developments in Syria to the international community. Many of these groups have manipulated events in Syria to suit their own political agendas.

The Syrian Observatory for Human Rights (SOHR) has emerged as the most widely used source with regards to the Syrian crisis. This group has bent facts to push its anti-Assad and anti-Russia agenda.

The SOHR has accused the Syrian government, and its armed forces of deliberately targeting civilians on several occasions. Many media outlets have used the SOHR's accusations to delegate blame to Assad's government.

However, it is clear that this organization is biased, and any sensible media outlet wouldn't take or use its allegations against the Syrian government as fact.

The opposition's flag is included in the SOHR's logo, clearly demonstrating their bias against Assad and his allies. In an interview with Reuters, the leader of the organization, Rami Abdulrahman, said "I came to Britain the day Hafez al-Assad died, and I'll return when Bashar al-Assad goes," further demonstrating his opposition of the Syrian government.

Operating out of a home in Coventry, UK by Rami Abdulrahman, the group's ability to relay facts and events from Syria is limited. Abdulrahman has no prior experience or training in the field of journalism or monitoring, or any other remotely related field. Therefore, reports made by the SOHR should be taken as speculation or unverified reports. The SOHR forms the epicenter of the biased media coverage of the Syrian crisis, giving media outlets the opportunity to report unfounded and unverified claims in a more structured way.

Many journalists and news stations have also taken a harsh anti-Assad stance since the beginning of unrest in Syria, and they regularly bend or manipulate facts to slander and defame the Syrian government.

For example, the Syrian government recently allowed several civilians and fighters to leave the besieged town of Khan al-Shih (located in the governate of Damascus.) The AFP News Agency released a video less than a week ago, showing civilians and rebels arriving in other opposition-held areas after leaving Khan al-Shih. However, the video was titled At least 1,200 rebels, civilians flee bastion of Aleppo, even though a person interviewed in the video clearly mentioned that people had arrived from Khan-al Sheikh (which is located in Damascus, not Aleppo.)

Check the headline and description of the video… @AFP again trying to deceive public. https://t.co/Evn0oV6uSw

This may have simply been a mistake by AFP, but equally, it may have been a deliberate attempt to portray President Assad's government in a negative light. Fighting in Aleppo has received a lot of coverage over the past few months, and many are aware of the humanitarian crisis there, as fighters have repeatedly refused to leave the city. It seems that AFP was trying to indicate that the civilians had escaped from Aleppo due to the Syrian army's gains.

Furthermore, the use of "flee" in the title is not accurate, as the civilians and rebels were allowed to leave as part of a deal with the government (they were actually escorted by the Syrian army.) "Flee" has negative connotations, and its use in the title can be interpreted as another attempt to defame the Syrian government.

On another note, at around 30 seconds, a fighter describes the Syrian government as "kafir regime" ('kafir' means 'infidel'), demonstrating his sectarian perspective. However, in a bid to portray him as a moderate rebel, fighting for democracy etc, AFP translated his remark as "untrustworthy regime."

As of December 2016, excluding the Kurdish-dominated SDF (they have a neutral relationship with the Syrian army), there are virtually no moderate opposition groups in Syria.