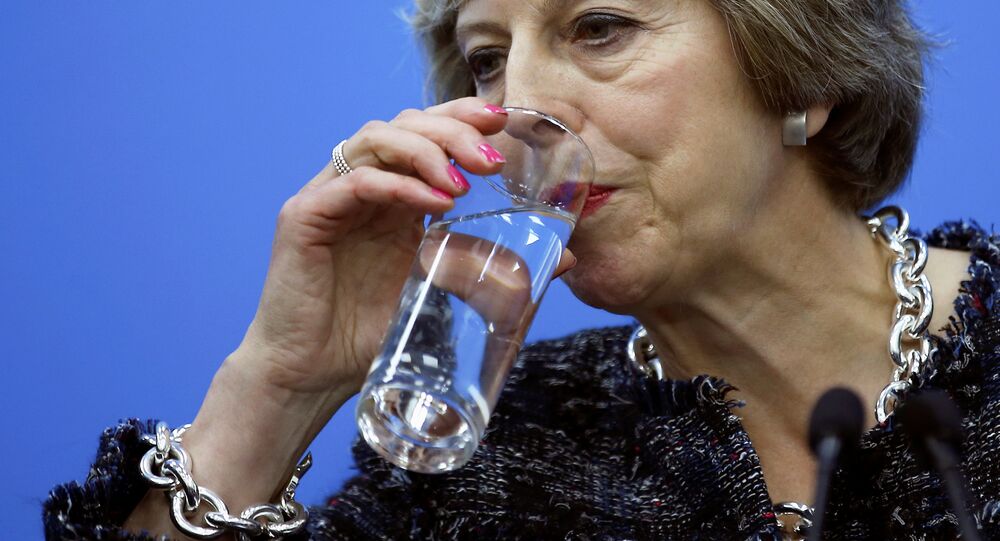 It did not take long for Britain's first post-Brexit prime minister, Theresa May, to be left in no doubt that the country she leads is not the first tier power it long liked to think of itself, but is in reality a second tier power of declining importance.

At the G20 in China how she must have wilted in the face of the polite, cordial but less than effusive response to her presence from the leaders of China, Japan, Germany, the United States and Russia.

Every picture tells a story and for the official photograph of the G20 leaders, it was surely no accident that Britain's new Prime Minister was positioned on the far left of the second row alongside a deputy crown prince of Saudi Arabia. Though she is pictured putting on a brave face, and though her position among the world leaders may not have been a studied insult, it is proof that Britain, after Brexit, remains Great Britain only in the minds of its most out of touch adherents.

Whatever the answer to this conundrum, there is no doubting the fact that Britain has been for quite some time a country led by donkeys masquerading as lions.

Just consider the staggering incompetence of Theresa May's predecessor, David Cameron, in the way his government organized the referendum on Britain's membership of the EU.

Firstly, there was no quadruple lock imposed — in other words the requirement that a majority of voters in England, Scotland, Northern Ireland, and Wales needed to vote to exit in order for it to be accepted as legitimate, especially considering the enormity of the issue at stake. It now means that with a decisive majority of voters in Scotland voting to remain in the EU and consequently faced with the prospect of being forced out against their will and democratic choice, there is now the possibility of a second referendum on Scottish independence.

So rather than put to bed what had long been a constitutional thorn in the side of Westminster, Brexit has only succeeded in kicking over a constitutional hornet's nest with no sign of the resulting fallout being resolved anytime soon.

The main driver of Brexit was anti-immigration, which for some years now has been an issue inflamed by a resurgent political right and far-right not only in the UK but across Europe. Talk of the country being "swamped" with migrants and claims that the country was not in control of its own borders may have been wildly exaggerated but gained traction nonetheless.

It was inflammatory rhetoric given additional credence by the economic impact of the severe austerity measures imposed by the Tory government over the past six years in response to the economic crisis, the worst refugee crisis to hit Europe since the Second World War, along with the very real fear of terrorist attacks emanating from the conflict in the Middle East.

The result was the whipping a toxic narrative of xenophobia, intolerance, and on the margins overt racism. It is a narrative that has gained more support across the UK in the wake of Brexit — in particular in poorer parts of the country hit hardest by the economic crisis and resulting austerity — than many politicians and mainstream commentators would care to admit.

The rise in hate-crimes and racist incidents unleashed by Brexit, culminating in the recent murder of a member of the Polish community in Harlow, Essex, along with other vicious attacks, is a grim reminder that Britain in 2016 is fast gaining a reputation as a "no-go area" for foreign nationals.

On a geopolitical level, Russian President, Vladimir Putin, was right to make the point the Brexit has weakened the EU and the project for closer economic and political integration that is its raison d'être.

The Eurozone crisis of the past few years has exposed the contradictions of attempting to enforce economic and political union across so many different states of differing size, level of economic development, and cultural and national particularisms. That being said, the concept of European unity given the continent's history of conflict is an eminently attractive one.

The problem it has met with, however, has been the role of Washington in using the EU as its cat's paw with the objective of entrenching US economic, geopolitical, and military hegemony in a Europe that far from united has never been more divided than at any time since the end of the Cold War.

The question now is to what extent Britain outwith the EU will remain an important US ally in this regard?

It is no secret that the Obama administration was disappointed by the referendum result. It suits US strategic and economic interests to have a strong and united EU rather than one weakened and fragmented, given Washington's focus on putting Russia back into what it considers should be its box.

However, it would be a mistake to believe that a British political class and establishment that has been a committed member of NATO and has extended itself in doing Washington's bidding over many years is ready to break or in any sense distance itself from either.

© AFP 2021 / Ben Stansall
US President Barack Obama (L) talks during a press conference with then Britain's Prime Minister David Cameron (R) at the Foreign and Commonwealth Office in central London on April, 22, 2016 following a meeting at Downing Street.

On the contrary, it is far more likely that Britain going forward will do its utmost to ingratiate itself with the US in order to bolster its credentials as a committed supporter of Pax Americana.

Ultimately, the stumbling block to a united Europe has been and remains Washington with its focus on exerting geopolitical influence over a continent it believes is its to control. Until Europe produces leaders willing to challenge this state of affairs, willing to break from a unipolar past and embrace a multipolar future, then true European integration and unity will forever remain a forlorn hope.