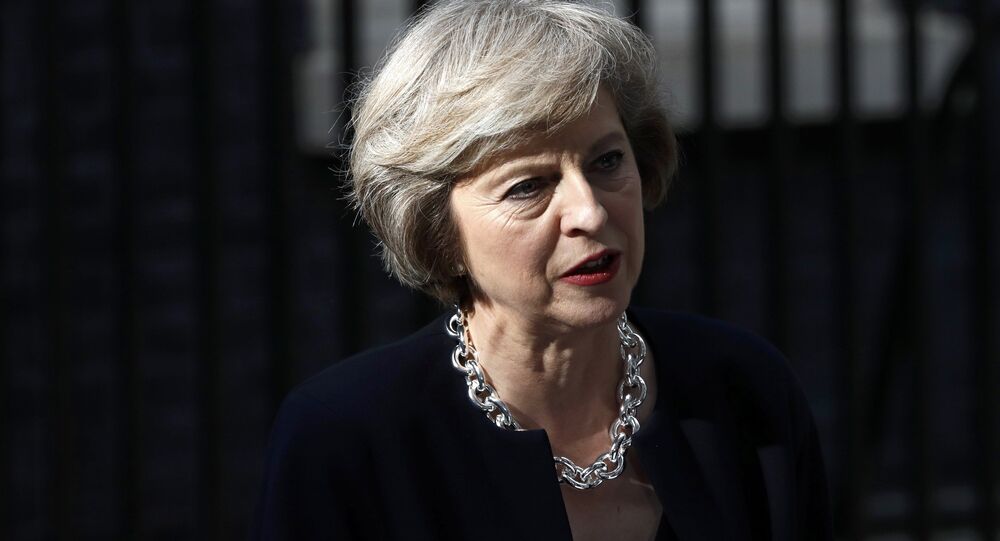 Over a quarter of a century on from Mrs Thatcher exiting Downing Street, Britain has its second woman Prime Minister. 59-year-old Theresa May - Eastbourne born and Oxford educated, succeeded David Cameron on Wednesday, less than three weeks after a referendum in which the British people voted to leave the EU.

Cameron quit the top job having campaigned for Remain, so its rather ironic that he's been replaced by someone who also wanted to keep the country in the EU. The fact that May supported Remain — and her new Chancellor Philip Hammond- (another Remainer) has warned that leaving the EU could take six years- has understandably led to some concern that Brexit could be put out to grass.

May sought to assuage those concerns by declaring earlier this week that 'Brexit means Brexit'. As a very shrewd political operator, she also knows that UKIP will be watching what her government does like a hawk.

UKIP will be watching like a hawk to ensure that there is no backsliding.

​Other key appointments to May's new ministerial team give 'Leavers' hope that there won't be any back-sliding on this important issue.

The job of Foreign Secretary goes to Boris Johnson, one of the leaders of the 'Leave campaign'.

A new government department for Exiting the European Union has been created, with the veteran euroskeptic David Davis, at its head. Another prominent right-wing Brexiteer Dr Liam Fox, gets a new role-as Secretary of State for International Trade. His  job will be to  sign Britain up to trade deals to replace the current EU ones.

While Johnson, Davis and Fox come in, out go the Notting Hill set of Tory 'modernizers closely associated with David Cameron and with links to the Times newspaper. George 'Slasher' Osborne, after six years in charge of the nation's finances, goes to the backbenchers — as does Michael Gove, whose dramatic intervention in the leadership election sabotaged his friend Boris Johnson's chances of becoming Prime Minister.

Theresa May's first 24 hours as Prime Minister shows she's not frightened to sack 'Big Beasts' of the party and do her own thing. Bringing in popular Tories like Johnson and dropping less popular ones like Osborne and Gove could also be a sign that she is contemplating calling an early general election to try and increase her party's slender Parliamentary majority.

So many Cabinet Ministers have been sacked that those now comprise the Government's majority in the House of Commons https://t.co/8jAuIM0Sll

​It's easy to see why May could be tempted to go to the country quite soon, even though she ruled out having an early election in her leadership campaign. Her accession to power comes at a time when Labour rebels, who have never accepted or respected left-winger Jeremy Corbyn's democratic mandate to lead the party, are doing their best (or rather their worst), to tear the party apart.

"The government I lead will be driven by the interests of the privileged few, but by yours.. When we make big calls, we will think not of the powerful, but of you."

'Together, we will build a better Britain' — watch Theresa's speech after being chosen as @Conservatives leader: pic.twitter.com/MIUIqRVSoM

Before the so-called 'Chicken Coup' began, the party was neck and neck with the Tories in the polls. A poll at the weekend showed them eight points behind.

It's only words but already May's government seems to be positioning itself to the left of the right-wing New Labour 'rebels' who are currently trying to oust Corbyn. The new Foreign Secretary Boris Johnson is no Blairite/neocon hawk, but a realist who has sensibly called for Britain and its allies to work with Russia and the Syrian government to help defeat Daesh.

​The sacking of 'Slasher' George Osborne as Chancellor could be a sign that there might be some easing back on 'austerity'.

While the transformation of the Department for Business, Innovation and Skills into the Business, Energy and Industrial Strategy (BEIS) department  indicates that there'll be a more dirigiste approach to the economy. Three days ago, May called for a 'proper industrial policy' and for the government to block predatory takeovers of important companies. She also called for workers to be on company boards.

May says she offers 'a different kind of conservatism' from what we've had before,  and her aim could be to position her party towards more Christian Democratic/Gaullist positions and away from the  hardcore neo-liberal ones it's followed since the days of Thatcher.

If so, Labour faces a much harder task than it did against David Cameron.

The party would be making a huge mistake if it responds to a Conservative move to the left, by ditching Corbyn and replacing him with either Angela Eagle or Owen Smith, the two other candidates for the leadership. Corbyn accepts Brexit (he called for Article 50 to be sent off immediately after the referendum result), but Eagle and Smith are both unenthusiastic, with Smith even calling for a second referendum.

In a general election between a May-led Conservative Party, pledged to carry out Brexit and advocating greater industrial democracy- and a Labour party led by a Blairite or Brownite not committed to Brexit, and not even promising to renationalize the railways, there can only be one winner. Place your bets on just how many votes Labour would lose to UKIP.

Labour's best and possibly only chance of beating a May-led 'workers party', lies with Jeremy Corbyn, a genuine and principled democratic socialist and EU-sceptic who can't be outflanked on the left by the Tory leader, as Eagle and Smith would be.

Corbyn's anti-war stance is also a positive with electorate who tired of military interventions and who would love to see that old rogue Tony Blair stand trial for war crimes. Corbyn would be able to make political capital out of the fact that May voted for the Iraq war and other unpopular military interventions. Eagle and Smith would not.

To counter the new challenge posed by Theresa May, Labour has to remember why the party was formed in the first place. It needs to listen to its own grassroots, working-class supporters and not inside-the-tent and very well-off liberal media pundits who want us to ignore the EU referendum vote and carry on with thoroughly discredited and unpopular Blairite 'liberal interventionist' foreign policies.

The lessons from history are there for all to see. In 1975 when Margaret Thatcher first became Conservative party leader, most leading Labour politicians didn't believe she'd be a danger.

She went on to become Prime Minister for eleven and a half years and radically reshaped British politics. How long Britain's second woman Prime Minister lasts depends very much on what the Labour party does next.