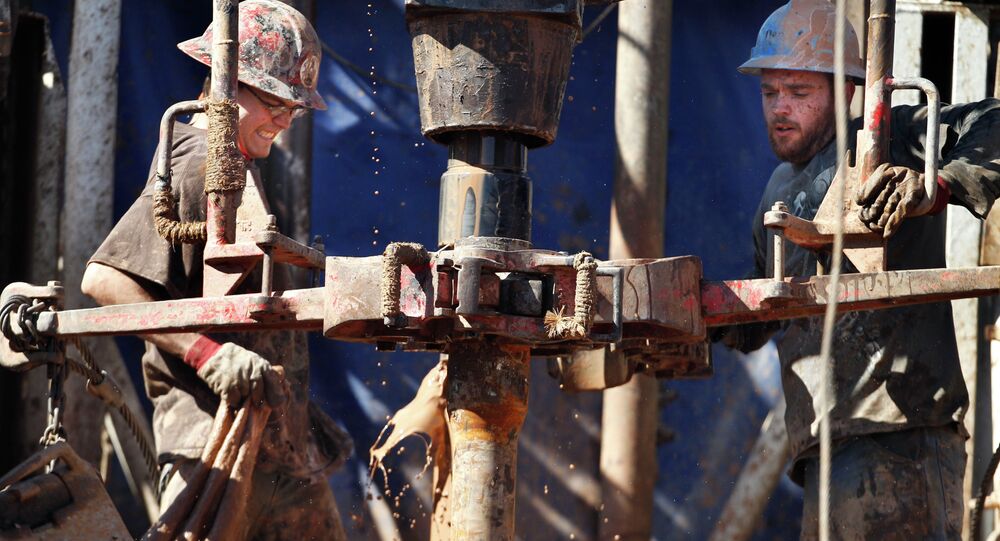 OPEC's decision to maintain the cartel's production ceiling may have an impact on Russia-US trade turnover, however, it is necessary to wait for final figures, head of the Economic Section of the Russian Embassy to the United States Mikhail Kalugin told Sputnik.

WASHINGTON (Sputnik) – Any fluctuation in the oil market, including those caused by the OPEC’s decisions have an impact, but we have to wait for the final figures," Kalugin said Monday on the sidelines of the second annual "Doing Business With Eurasian Economic Union" Conference in Washington.

The Russia-US trade turnover is expected to decrease in 2015 as a result of the strengthening dollar and the weakening ruble, Mikhail Kalugin told Sputnik.

"We expect our trade turnover to decrease at the year end, which is quite natural. The US dollar has strengthened, the Russian ruble has weakened so the overall trade turnover will drop," Kalugin said Monday on the sidelines of the second annual "Doing Business With Eurasian Economic Union" Conference in Washington.

Kalugin added that the turnover changed also because the United States was buying less oil, which was one of the key goods in the bilateral trade, although would continue buying it for a long time.

© Sputnik / Dmitry Korobeinikov
Game Over, OPEC? Iran's Entry Into Energy Market Is a Game-Changer
Russia's trade representative to the United States, Alexander Stadnik, said in November that trade between Russia and the United States between January-September saw a 29.1 percent decrease, dropping to $15.9 billion.

OPEC's summit closed in Vienna on Friday, with no changes to its 30-million-barrel daily production quota. The organization's Secretary General Abdalla Salem Badri cited the uncertainty over Iran's expected output as a major factor preventing a decision from being taken. Iran is expected to ramp up its production once international sanctions are lifted from the country.