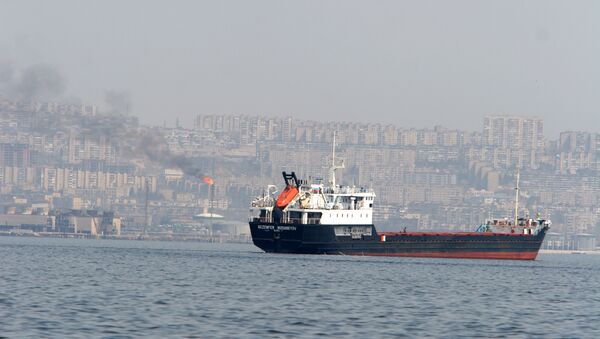 © Sputnik / Dmitry Korobeinikov
/
Go to the photo bank
Subscribe
An expert from Italy's Institute of International Affairs told Sputnik that the removal of sanctions against Iran's energy exports will have a great impact on the global energy market, and may even alter the nature of OPEC.

Iran's entry into the global energy market will enable the world's consumers to reduce their reliance on carbon energy, and transition to supplies of cleaner gas in the drive towards a low-carbon economy, Nicolo Sartori, a Senior Research fellow in the Energy Program at the Istituto Affari Internazionali, told Radio Sputnik on Tuesday.

​Russia and Iran are the two countries in the world with the most gas resources, and their cooperation in tapping into those resources will be an important step towards meeting the world's energy needs after sanctions are fully lifted, said Sartori.

"Getting closer will be very important for Russia, first of all to be a partner in some of Iran's projects, in particular in LNG, where Russia is not as strong as it could be, and where Iran is expected to become very strong."

Oil Pressures Mounting as Saudi Arabia Inches Toward Riyal Devaluation
"To an extent, the two countries are quite complementary in terms of exports. Russia is a pipeline-oriented country, looking to its west, to Europe. Iran is going to possibly become an LNG country, looking eastward, to Asia, and possibly competing with the Qataris," said Sartori, who expects Russia to remain Europe's key energy supplier.

The analyst believes that Iran will develop its LNG industry along similar lines as neighboring Qatar, currently the biggest LNG producer in the world, since the technology to ship the gas represents a better option for countries in their position than constructing a long pipeline across the region.

"It would be much more flexible; it would allow the country to reach new emerging gas markets like China, India and other south-east Asian countries."

OPEC to Discuss Iran’s Return to Global Oil Market at December Meeting
Iran's entry into the energy market will naturally be accompanied by greater political influence in the Middle East region and the Gulf in particular, said the expert.

"This will require agreement, security and political architecture with the countries of the Gulf, and in particular with Saudi Arabia," he said.

In addition, Iran's return to the global arena will have an impact on the oil market, and necessitate the reform of the OPEC cartel, said Sartori, who also mentioned the emergence of Australia and Mozambique as new players in a more open energy market.