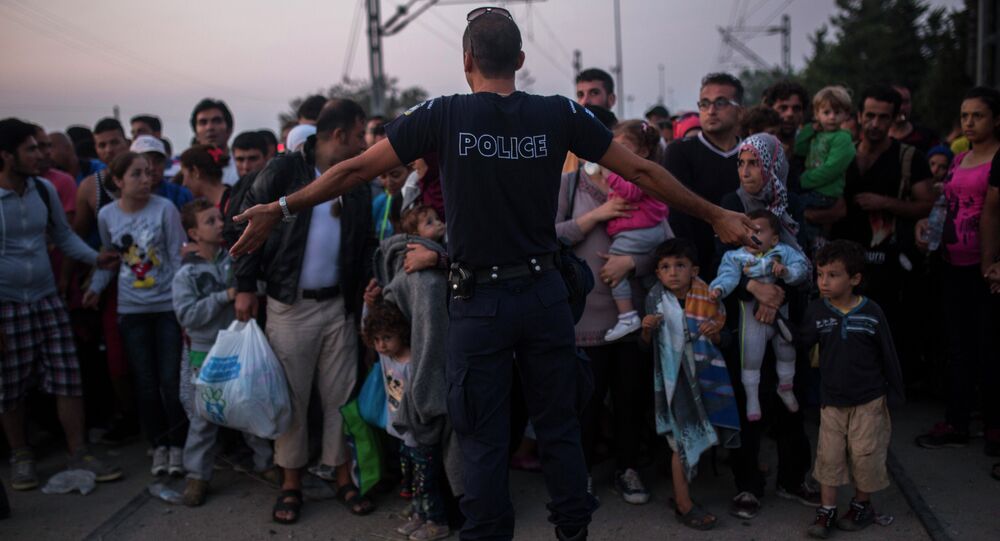 West About to Surrender to Barbarian Invasions of Our Age

Europe's august nations are about to commit collective suicide and we’re about to witness the willful surrender of an entire civilization, according to a Danish historian.

© AFP 2021 / FRANCOIS LO PRESTI
European Union ‘Overwhelmed’ by Migrant Crisis
In Denmark, human migration used to be a thing of the past, but not anymore, says Bent Jensen, Ph.D., a well-known Danish historian.

"Day and night, hordes of people with no fake IDs (or no IDs whatsoever) storm Europe’s undefended borders. Back in the day, they would’ve been stopped and forced to go back by the police, army or border control. Now, however, European warships are used to safely escort the migrants to safe harbors, where they are provided with food, shelter and are allowed to obtain refugee status," says the professor.

Mr. Jensen points out that while there were many migrations in the past, like the migrations of Europeans to the US, Canada and Australia, as well as migrations within Europe itself, things were quite different as migrants had no welfare system to rely on and had to fend for themselves.

He also point out that the ongoing migration is quite different from those that took place before.

"We’re talking about people from another culture that is radically different from European culture. These people don’t want to assimilate, and demand special treatment for themselves. We’re talking about an endless human stream which, if left unchecked, will destroy European society," warns Jensen.

According to Professor Jensen, the current great migration is a result of three key factors: a rapid population growth in conflict-ridden regions adjacent to Europe; the relative ease of transportation; and a lack of border controls and security in Europe.

© AP Photo / Alexander Zemlianichenko
Italian Foreign Minister Calls on EU to Urgently Address Migrant Crisis
"You can get information about all the rights that a new arrival is entitled to," Jensen points out. "A lot of organizations stand ready to help with money or advice. Refugees are provided with accommodations, clothing, money, translators and legal advice, etc. And the critics are quickly silenced by the political and media elites."

"Recently one lady told me that this is how we atone for the age of colonialism," he adds. "This is utter nonsense which has nothing to do with history, a manifestation of a masochistic guilt complex fueled by the education system."

"You could say that we’re responsible for overpopulation in the North Africa and in the Middle East as the colonial authorities caused great progress in healthcare," Jensen concedes. "We're not talking about refugees and migration. The thing is, the Europeans offer no resistance to a foreign culture that seeks to colonize them, a culture that doesn't belong in Europe but seeks to reap the fruits of the hard-working Europeans' labors."
The professor believes that Europeans willingly resign themselves to this 'suicide' due to an artificial guilt complex, naivety and a poor knowledge of history.

"Sweden serves as good example of this unfortunate situation. It is a special case, of course, but the 'Swedish malady' affects all of the Western European states. In Sweden, an alliance of politicians and intolerant (to Swedes) media managed to turn a previously well-organized country into a place where no one can feel safe," claims Jensen. "You shouldn't be surprised by the fact that Middle Eastern rules and customs are being established in European cities as you simultaneously import millions of migrants from the North Africa and the Middle East."

"We are witnessing a thing that never previously occurred in history," warns Jensen. "The voluntary surrender of an entire civilization."