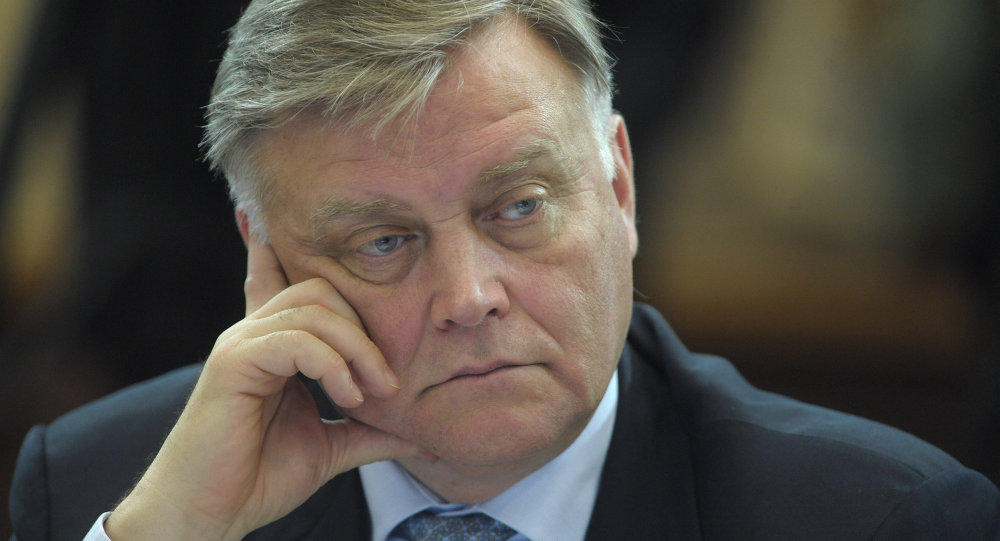 Russia’s Creaking Infrastructure Is in Dire Need of Private Investment

“When and if a decision is made to use private sector financial instruments, like infrastructure bonds, they must be issued and backed by the government to avoid the temptation of downgrading on behalf of rating agencies,” Russian Railways President Vladimir Yakunin said at the International Economic Forum in St. Petersburg.

Russia’s infrastructure development has continued to lag behind that of other emerging nations due to a lack of adequate investment from the private sector, according to the roundtable participants, which included Transportation Minister Maxim Sokolov, Yakunin and Aeroflot CEO Vitaly Savelyev.

While the United States and many European countries invest close to six percent of their GDP in infrastructure, Russia invests just around 2.5 percent, Yakunin added.

Russia, like most former Soviet states, inherited the bulk of its infrastructure facilities from the Soviet Union, but harsh climatic conditions, insufficient state investment and widespread corruption have pushed most into a state of disrepair or near-collapse.

Russia trails all developed countries in the sheer scale of infrastructure investment, and also has the second lowest score among 14 countries for the uneven distribution of its physical infrastructure, according to KPMG’s Competitive Alternatives 2012 report released in May.

The government said, however, that it is well aware of the problems and plans to invest heavily in infrastructure in line with its infrastructure development program till 2030.

Over the past ten years, the federal government has spent 1.9 trillion rubles ($57 billion), or about 45 percent of its federal target program funds, to improve the state of the country's infrastructure, said Maxim Sokolov, Russia's minister of transport.

But in order to maintain the various infrastructural projects in a decent state, the government needs to spend an additional 1.5 trillion rubles ($45 billion) that it does not currently have.

"The government needs to attract outside sources of financing because there’s simply not enough money in the state coffers to fulfill the various infrastructural projects," Sokolov said. "It is crucial to attract private sector investment and foreign expertise in infrastructural management, too.”

Sokolov believes that inviting private investors should not be an uphill battle, since each of the country's infrastructure sub-sectors – including roads, railways and aviation – is capable of generating between 200 billion rubles ($6 billion) and 300 billion rubles ($9 billion) in revenues annually.

Russia still loses from seven to nine percent of its GDP due to poor roads, the Ministry of Transport said in a separate report. Commercial goods can only travel an average of 180 miles per day in Russia, compared to 900 miles in Europe, the report said.

In light of the huge problems facing the sector, Sokolov backed suggestions by other industry executives that Russia may need to transfer some of its infrastructural assets to private investment funds for long-term exploitation and efficient management.

Russia should have no problems attracting private investors to finance and manage its infrastructure projects, said Yves-Thibault de Silguy, the vice-chairman of the Board of Directors of VINCI, a major French construction company and a participant of the round table.

Much more serious, however, is the high level of corruption and the absence of a level playing field for contractors in Russia, especially in the regions, he said.

The perennial problem of corruption in Russia has also prompted other executives to suggest that a lack of investment is not the primary problem infrastructure development in Russia is facing.

“The main issue is horse-and-buggy regulation and the presence of legions of rent-seeking officials in the sector,” said David Fass, the CEO of Macquarie Group Limited in Europe, Middle East and Africa.

Over the past decade, yields on investment in infrastructure projects have tripled, indicating that foreign investors would gladly provide infrastructure equity dollars, Fass said. However, there is an acute need for fair play in awarding contracts as well as creating equal conditions for all contractors, he added.

Industry executives also took issue with the government’s tariff policy, which some described as unpredictable and short-sighted.

“There is no certainty in the way state tariffs are determined,” Yakunin said. “Since the beginning of the year, fuel prices have gone up 18 percent against the official forecast of just 0.5 percent.”

Russian Railways chief also criticized the three-year-long budget policy, introduced last year, saying that it is too tight for long-term infrastructure projects. “What is three years for infrastructure investments that require at least 25 years to break even?” Yakunin asked.