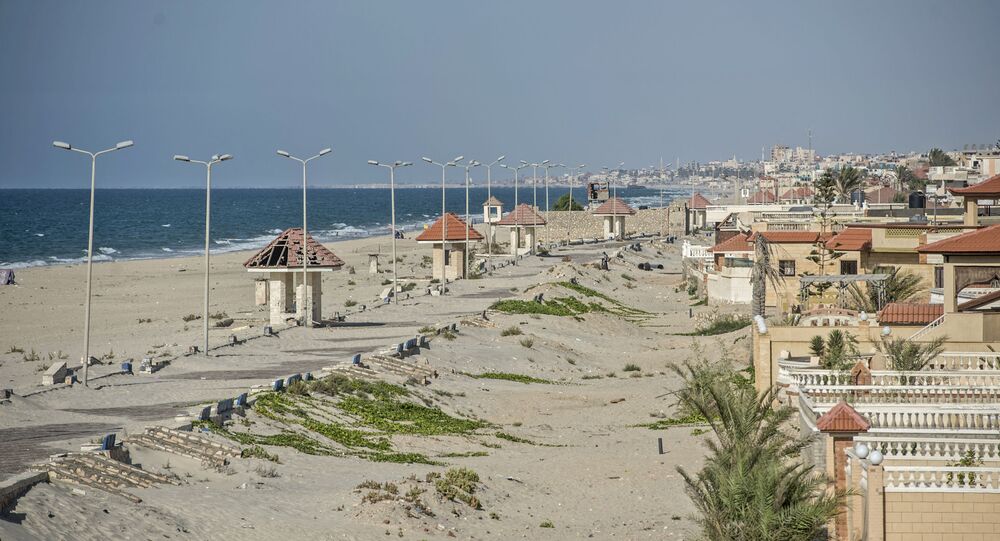 COVID-19 in the Sinai: Blow to the Area's Tourism or a Boon for Its Environment?

Between 2020 and 2021, Egypt has witnessed a drop of over 67 percent in the number of tourists visiting it. But a local environmentalist says it has actually been a blessing for the coral reefs and the region's environment.

The past ten years haven't been easy on Ayman Taher, an ECO-tourism expert, environmentalist, and the CEO of Blue Heaven Holidays, a company focusing on the diving experience in the Red Sea.

First, it was the eruption of the Arab Spring in 2011 that saw the Sinai Peninsula undergo turbulence after the grip of the central government had been weakened, allowing terrorists to rear their heads.

Then it was the downing of a Russian plane with its 224 passengers by Daesh* terrorists that turned the Sinai into a dangerous area, where many airlines refused to fly.

And, more recently, it was the outbreak of the coronavirus pandemic that closed off the area to foreigners.

"The beginning of the 'party' was in 2011, when the Arab Spring rocked Egypt. But the pandemic was the cherry on the cake. It changed the situation everywhere, not only in [the] Sinai".

Since the outbreak of the virus in Egypt in February 2020, the North African country has seen a number of waves, registering over a thousand new daily cases during peak infection periods.

To contain the spread of the disease, Egyptian authorities have implemented a number of restrictive measures. They shut down private and public institutions, restricted mass gatherings and made wearing of face masks indoors mandatory.

© AFP 2021 / SALLY KANDIL
Let My People Go? Group of Israelis Urge Gov't to Open Sinai Border Crossing With Egypt
In the Sinai, they reduced accommodation capacity in hotels and resorts to 50 percent. Open buffets and self-catering have been scrapped, while PCR tests have become mandatory for all tourists willing to visit the area.

The problem is that not many have been coming. In 2020-2021, Egypt's revenues from tourism fell by 67.4 percent, reaching only $3.1 billion. That drop sent millions of employees in the sector home. Many have remained penniless.

"Tourism gives work to 54 different careers. So, the current situation is terribly bad, and it can't get any worse".

Boon for the Environment?

Interestingly enough, that drop in tourists has been a boon for the country's environment. The shores of the Red Sea accumulated less plastic, fewer boats polluted its waters, and the coral reefs that are often damaged by humans have been given a break.

That, however, might soon change. Now, as the vaccination drive is underway in the North African country, tourists appear to be coming back.

Recently, it was announced that Russia had resumed charter flights to the Sinai, six years after the notorious terror attack. Hundreds of thousands of other foreign tourists visited the Red Sea resorts shortly after Egypt reopened its doors.

© REUTERS / Amir Cohen
'Power and Money' Keep Egyptian Border Shut as Israel's Airport Remains Open, Says Sinai Guide
Although for Taher the reopening means getting back to work, it also presupposes that the Sinai's environment will once again be under siege.

Egypt has been dealing with tourism-related damage to the Sinai's environment for ages. Before the 2011 revolution, authorities and local NGOs had documented dozens of negative impacts on the delicate nature of the region.

These were not limited to plastic waste. Over the years, Egypt, which relies heavily on tourism, has built dozens of new hotels and resorts, harming the ecosystem. It has also developed the area's infrastructure in a bid to improve the experience of tourists, often at the expense of the Sinai Peninsula itself. The rapidly growing population has been a major headache too, not only because it stretches resources thin but also because of overfishing.

Fighting for a Better Future

NGOs have been sounding the alarm for years. HEPCA, founded in the 1990s to preserve the waters of the Red Sea, its reefs, and the desert is just one of the organisations that has been vocal about the issues facing the area.

Taher has been part of the organisation for nearly two decades and along with many other staff and volunteers he's been trying to raise awareness and change the situation on the ground. But as is often the case with many non-governmental bodies, HEPCA ran into multiple problems with funding its initiatives. It also dealt with reluctance of crowds to cooperate and struggled to enforce government decisions.

Yet, they kept at it, and so did the government.

"The authorities introduced a number of laws that attempted to protect the environment. Boats running over the coral reefs were subject to fines of $300 per cubic metre of a damaged reef, while the Ministry of the Environment kicked off a campaign that aimed at preserving the nature of South Sinai's three National Parks".

But Taher says these measures have been woefully inadequate. "Since 2011, the government has changed five ministers of the environment. Those have been largely concerned with the quality of water in the Nile River. Issues of the south of Sinai have never topped their list of priorities".

And this is why, Taher and other environmentalists are "worried" about what the future might hold for the Sinai.

*Daesh, also known as ISIS/IS/Islamic State, is a terrorist group banned in Russia.