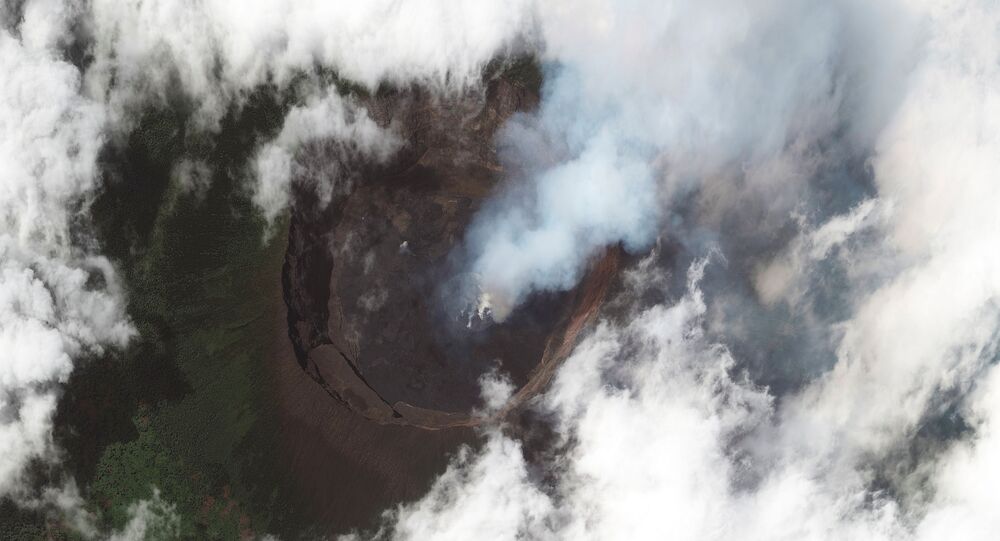 The government earlier said that Murara, a crater of the Nyamuragira Volcano, erupted in the country's east. The intesity of the eruption was later described as "low".

The volcano eruption in the Democratic Republic of the Congo, announced earlier in the day by the government, turned out to be a "false alarm".

"False alarm on Nyamuragira. A plane has just flown over the entire area on the sides of this volcano. No eruption was observed", the Communications Ministry said in a statement.

Murara is located in the country's east in the vicinity of the volcano Nyiragongo, which woke up from its slumber a week ago. Its massive eruption and subsequent seismic aftershocks killed more than 30 people, and displaced over 20,000. Some 40 people are still missing.

​Earlier this week, scores of people from Goma headed to Rwanda, fearing another deadly volcanic eruption of Mount Nyiragongo.

The last time a major eruption of Nyiragongo occurred was in 2002. Back then, the natural disaster claimed the lives of around 250 people, while 120,000 were left homeless as lava flows destroyed about 20% of Goma.