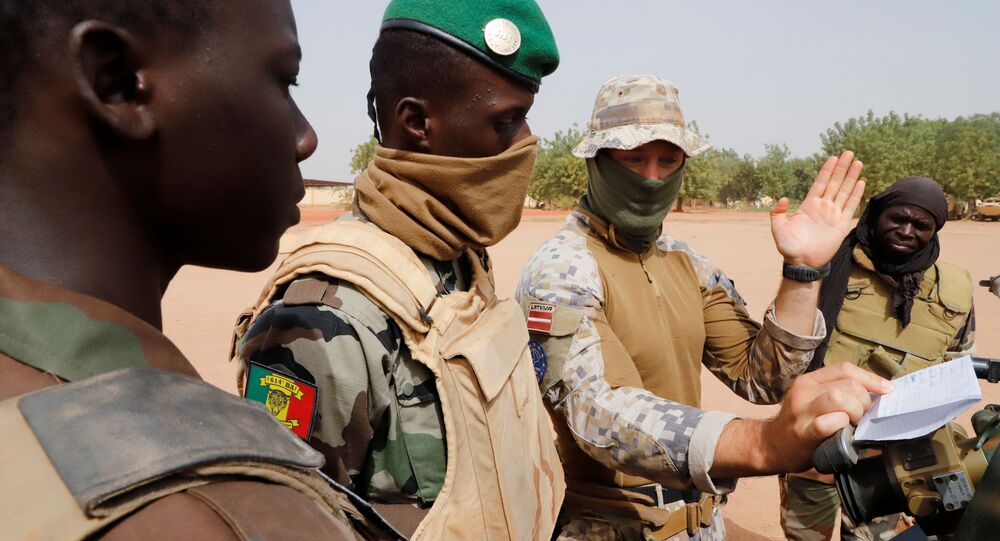 Brussels’ military training mission in Mali is just one of several such operations in Africa, many of which are in former European colonies with dependent links to their old rulers. Earlier this month, the European Union weighed the option of sending thousands of troops to fight a growing uprising in Mozambique.

On Thursday, the European Union’s foreign policy chief said the bloc will continue cooperating with Mali on military training, despite the army’s recent seizure of power. Earlier, Malian Vice President Assimi Goita, a colonel and leader of the August 2020 coup d’etat, declared himself interim president.

EU High Representative Josep Borrell told reporters in Lisbon on Thursday that the Malian military “are very much engaged in fighting all over the territory of Mali, and I don't think it is going to help the country to stop this activity.”

"But let's see how things are going,” he added. Earlier, German Foreign Minister Heiko Maas told reporters outside the same Lisbon meeting that the EU expects the political transition process to proceed as planned despite Goita’s seizure of power, which would have no immediate effect on the EU military training mission there.

However, after the August 2020 coup led by Goita that brought down democratically-elected President Ibrahim Boubacar Keita, the bloc did suspend the program temporarily in an attempt to distance itself from the coup plotters, many of whom - including Goita - had been trained in Germany, France, and the United States.

In January, the European Council elected to extend the EU Capacity Building Mission in Mali (EUCAP Sahel Mali) for another two years, setting aside a $108 million budget for the period. More than 600 soldiers from 28 European states take part in the program. It began in 2014 under the auspices of France’s Operation Barkhane, a War on Terror-style campaign against Islamist militias in the Sahel region. Barkhane began as Operation Serval, a 2013 war against Tuareg rebels in Mali who seized large parts of the country amid the chaos of the 2012 military coup.

Earlier this month, Borrell defended the idea of a “rapid reaction force” for the European Union in comments indicating that Brussels could soon send a military training mission to Mozambique, where government forces have struggled to contain a growing insurgency in the far northern Cabo Delgado province, which has garnered more international attention since ostensibly pledging itself to Daesh.

In February, a similar effort in the Central African Republic came under fire in the European Parliament, where critics said its five-year mission has failed to produce appreciable results in the waging of that country’s ongoing civil war.

Borrell’s statement comes as Goita on Thursday declared himself the interim president as the deposed ministers were set free.

"The prime minister and the transitional president were released last night around 1:30 a.m. (local and GMT). We have kept our word," a military official anonymously told AFP on Thursday. "The two men have returned to their homes in Bamako,” having been kept since Monday at a Kati military base about 15 kilometers outside the capital city.

According to Goita, they violated the Transitional Charter drawn up in September by him and the other colonels behind the August coup, a document intended to chart a returning path to democracy.

Goita has said the elections scheduled for 2022 will not be affected by this week’s events, but the tension between his ruling clique of military officers and the June 5 Movement - Gathering of Patriotic Forces (M5-RFP) umbrella opposition party that propelled the military to power in mass demonstrations last summer has become higher. According to Al Jazeera, the cabinet reshuffle that removed two of the colonels as heads of the defense and security ministries, and motivated Goita’s second coup was largely in response to pressure by M5-RFP to reduce the power of the military over the interim government.