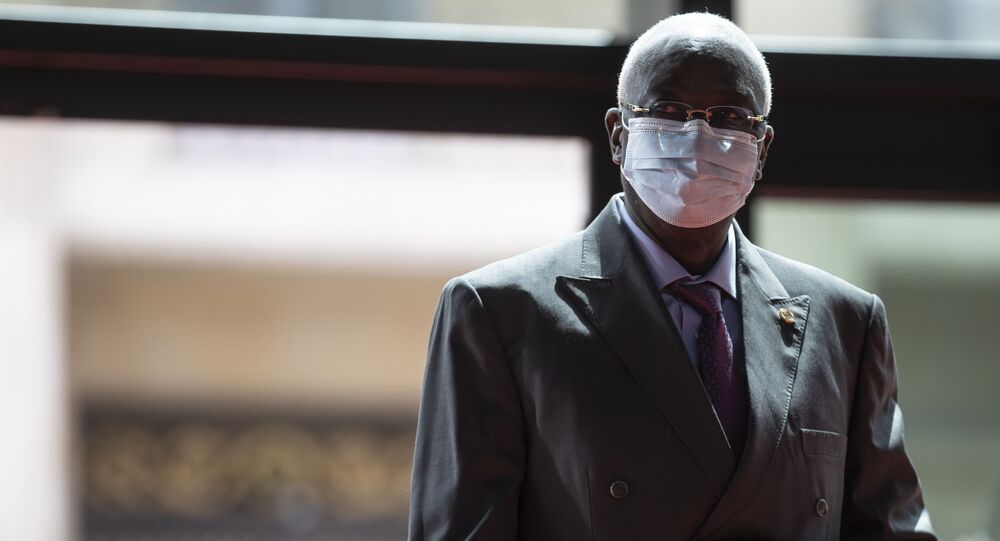 A Sputnik correspondent has learned that members of Mali's military have transferred Malian Prime Minister Moctar Ouane and Acting President Bah Ndaw to the military base at Kati, about 15 kilometers outside the capital of Bamako.

The source noted that the Presidential Guard had refused to protect the president, allowing the military to take him away.

Oane told Agence France-Presse earlier that "men from [Acting Vice President Colonel Assimi] Goïta came to pick me up to take me to the president, who lives not far from my residence."

The United Nations Multidimensional Integrated Stabilization Mission in Mali (MINUSMA) issued a statement on Monday calling for "calm and the immediate, unconditional release" of those detained.

From our colleagues in #Mali, calling for calm & the immediate, unconditional release of the President and the Prime Minister. 👇👇👇 https://t.co/AcwlpgLQ7t

The US State Department made a similar request.​

Earlier this month, the interim government brought to power by an August 2020 military coup announced a new "broad-based" cabinet would soon be appointed, beginning the transition away from military rule that would culminate in new elections set for February 2022. When the new posts were unveiled on Monday, military figures still retained many prominent posts, but former defense minister Sadio Camara and former security minister Colonel Modibo Kone, two central figures in the August coup, had lost their positions.

​The transitional government was appointed in September 2020, a month after the Malian military removed democratically-elected President Ibrahim Boubacar Keita from power amid months of widespread protests stemming from popular anger over the poor economy, the government's handling of the COVID-19 pandemic, and its seemingly endless war against Islamist militants, for which Keita's government had partnered with the military of Mali's former colonial ruler, France.

Ndaw was Keita's defense minister at the time and is a former army colonel, and Goïta, who masterminded the coup, is his vice president.